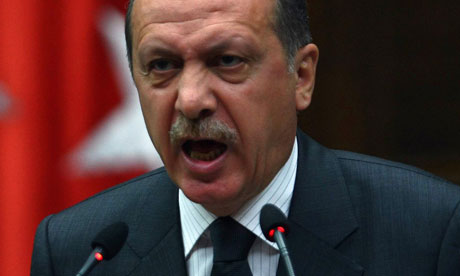 There is a twitter user who is spilling the innermost secrets of the corrupt Turkish Government, and you can even read the tweets in English as well.

He claims he’s male, works alone, is part of Erdogan’s inner circle, and so has access to all that is going on. One source comments …

“Fuat Avni’s consistent credibility has established him as a reliable source of information, The tweets are taken seriously because they have substance behind them; they predict something breaking that is then confirmed to be true.” – Greg Barton, an expert on Turkish politics at Monash University

His latest tweets have captivated many because they claim that Erdogan along with the head of Turkey’s National Intelligence Organization, Hakan Fidan, are planning a terror act that would kill dozens of innocent people in a large city, with the goal of framing the Gülenists — his main opposition — for the attack.

Here are those latest english tweets …

1. They failed to brand the Gülen movement as a terrorist organization through Dec. 14 raids against the media.

2. The operations were described as an assault on press freedom on a national and international level.

3. After the fiasco, Erdoğan tasked the spy agency MİT with labeling the Gülen movement as a terrorist organization.

4. Erdoğan’s been too much cornered in the last two days after shootings in France especially for supporting ISIL and al-Qaeda.

5. To get out of this difficult period and turn the tide in his favor, Erdoğan is making new evil plans.

6. It is well-known that Fethullah Gülen has been strongly criticizing radical groups committing terrorism for years.

7. Despite this fact, Beşir and Hakan Fidan planned terror acts similar to those in France and will blame them on the Gülen movement.

8. A terror act that will kill dozens of innocent people in a large city was planned by Hakan Fidan and presented to Erdoğan.

9. MİT spies disguised as pro-Gülen people will commit bloody acts very soon and all of them will be put on the Gülen movement.

10. Erdoğan didn’t hesitate in approving a terror act that would kill dozens so that the Gülen movement is remembered as a terrorist group.

11. I’m warning all citizens against possible terror acts orchestrated by Hakan Fidan’s unit in the very near future.

12. Please stay away from big shopping malls and crowded areas. You could be a victim of Erdoğan’s evil plans.

13. Terror acts are planned to take place in malls and AKP buildings so it could increase rancor and violence against the Gülen movement.

13. Erdoğan, who is known for supporting ISIL and al-Qaeda, approved the death of dozens to announce Gülen movement as a terrorist group.

I can feel another twitter ban coming on in Turkey.

He has made predictions before, for example he tweeted about a media clampdown on Dec 13th, listed all those that would be arrested, and sure enough, on Dec 14th it all happened, so yes this guy has credibility as a knowledgable insider.

This latest series of tweets is quite astonishing, a conspiracy orchestrated by the Turkish prime minister himself to stage a terrorist atrocity and then frame the opposition for it.

In the pre-internet age, or even as recently as say 10 years ago, it would have been possible to get away with stuff like this, but no longer, because now we all know, as do millions of people in Turkey.

This is in so many ways a good thing because one big fear is that Erdogan appears to have been sliding more and more towards full support for the Islamic extremists, and so voting him down would be of tremendous benefit to not just Turkey, but to all of humanity. Hopefully things for him fall apart in a way that is good for Turkey and that it will not be a change that follows the Syrian model.