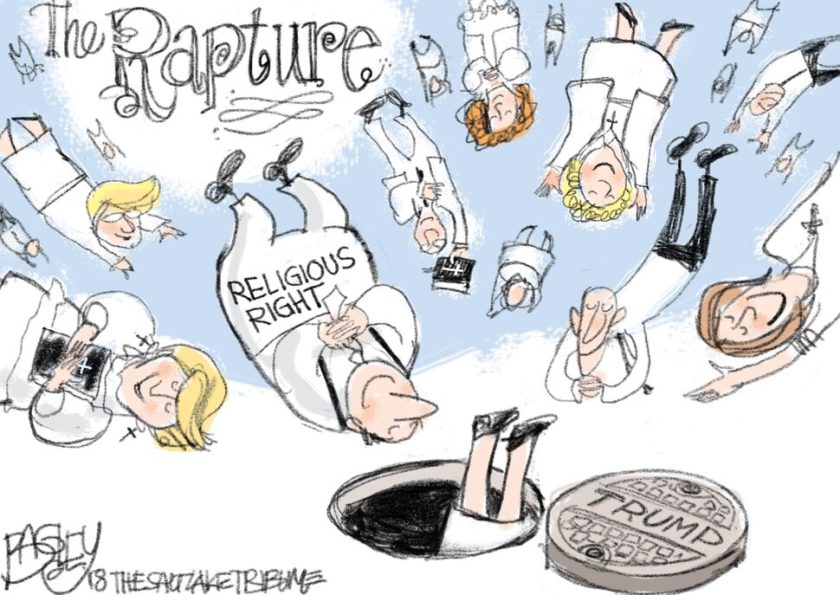 There is a wonderful twitter tag called #ThingsJesusNeverSaid. No this is not a religious trend, but rather is a political one.

The background context is that the GOP jumped into bed with Jesus a few decades ago because they wanted to harvest the religious vote by pandering to that demographic. It worked, and so we now live in a day and age where election time sees a majority of the the evangelical vote swing behind the GOP candidate, no matter who they are or what they have done, because that candidate is presented as God’s choice and he is the one that will save the nation from the evil incarnate alternative who is supposedly about to lock up all Christians and ban the bible.

It is a “faith” vote because if you actually thought rationally then you would not vote for, nor support the politics or the individual on offer.

When faced with Hillary, a devout Methodist who truly does care, they opted to embrace decades of fake vilification and instead embraced the pussy-grabbing incompetent greedy and grossly dishonest Trump with an almost cult like adoration, and truly believe he can do not wrong.

What is truly delightful about this twitter hash, #ThingsJesusNeverSaid, is that it picks up the utterly abhorrent things that their chosen messiah does and shoves it in their faces so that they can truly embrace what complete shits they are for supporting this.

Here are 12 of the #ThingsJesusNeverSaid tweets