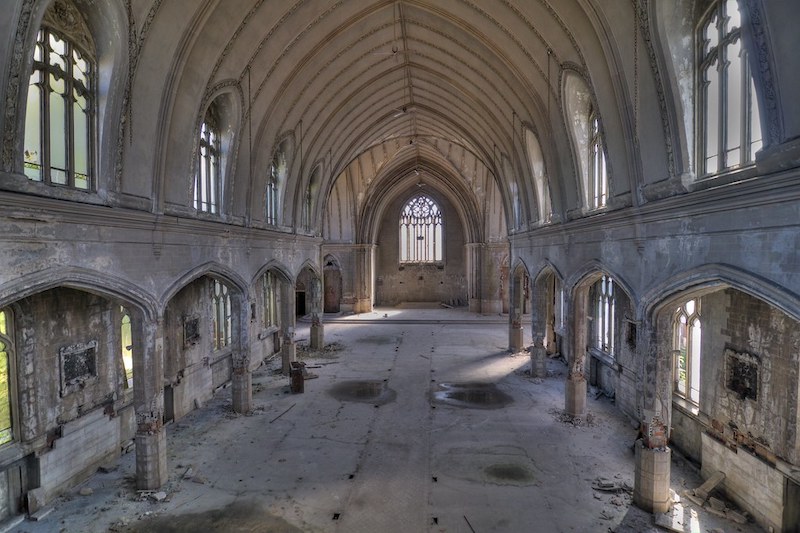 The news comes via the publication of the latest Gallup poll. The title of their release is “U.S. Confidence in Organized Religion Remains Low“, but dive in and you find that this is a bit of a misleading title. It has actually declined even further. It has not simply remained low, but has continued to shrink.

Here is what has been happing over the last 50 years …

It is tempting to look at the ongoing flow of gross hypocrisy, scandals, sexual abuse, and outright fraudulent claims, and consider that as part of all of this.

Each week I publish a posting that throws a spotlight upon all the weirdness that comes via right-wing fundamentalism, and so the observation that it is really not a struggle to find material for that weekly posting does perhaps suggest it plays a role. However it is perhaps not that simple.

Over in the UK there is a similar decline in religion. The annual British Social Attitudes survey reveals that the majority of the population are now not religious.

So are people changing their minds in large numbers?

To some degree perhaps they are indeed. Many who now identify as “None” were previously raised in a religious context, and yet generally this is not the whole explanation. What is probably a deeper truth is that what is being measured is a generational change.

People tend to be less religious than their parents, and on average their children are even less religious than they are. Further, as “None” becomes more common and, one would assume, more socially acceptable, it appears that vaguely religious people who in the past would have expressed confidence in organised religion, no longer do so.

In other words, what we are seeing is not just happening because adults are losing their religion but also because older people with a deeper attachment to organised religion are gradually being replaced in the population by a younger generation of Nones.

Clearly a Demographic Shift is happening

Check the chart again and ask yourself when the decline really started to kick in. What becomes apparent is that it appears to correlate with the rise of a far greater flow of information – the Internet.

Previously it was possible for people to remain inside a micro-culture of organised belief, and unexposed to criticism. The one big exception to that was higher level education, and so it was common for the devout to go off to university and emerge from that process as doubters. In some fundamentalist quarters you would, and often still will, find preachers warning parents that universities where cess pits of hell.

The emergence of the Internet has vastly increased the flow of information and disinformation. It is a disruptive force for many things … politics, commerce, and also belief.

What else do we learn from the Poll about religion?

Note that the question is not asking “What do you believe?” but rather is asking people to express their confidence in an institution.

Gallup previously reported a drop in confidence among U.S. Catholics — as well as declining church attendance and views of the ethical standards of clergy — amid ongoing fallout from Roman Catholic priest sex abuse scandals. Currently, 36% of Catholics report having confidence in the church or organized religion, compared with 48% of Protestants. Just 8% of U.S. adults with no religious affiliation report having confidence in organized religion.

In other words, while the downward trend is partly attributable to the rising share of Americans who identify as “Nones” that is not the whole story here. Confidence in organized religion has also declined among those who are religious, including Catholics and Protestants.

It all perhaps circles back to people having access to a lot more information that they would previously have not been exposed to.

As one commenter put it …

When I see polls like this, I think of John *:31-32 — The truth shall set you free. I tried the truth and it set me free from biblical nonsense.

What else do we learn from the Gallup poll?

While the decline of confidence in religion is their headline item, the full context of the question asked consisted of a series of different institutions. Overall what did that reveal?

If asked, I do not think that I would know how to answer that one. TV News can mean CNN, or Fox News. My confidence in Fox is zero, but my confidence in CNN is rather high, so how can I actually answer such a question in a meaningful way?

If you are curious to see how confidence in each of the various institutions have changed over the years since 1973, then you will find full details here.

The headline story details are available from Gallup here.

The latest complete dataset (in a pdf that is 18 pages long) are available via this link.