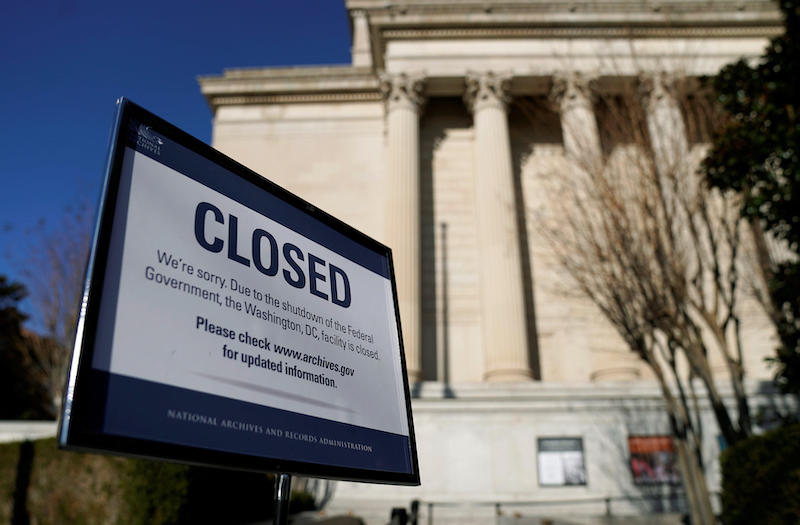 Nature and also Scientific American have published the same article that throws a spotlight upon some of the ways that the Shutdown is impacting science. The impact is quite real because the shutdown rather obviously impacts federally funded NASA, and the Environmental Protection Agency (EPA). Additionally all grant processing by the National Science Foundation (NSF) has stopped.

Let’s take a brief tour of the 5 types of impacts that they highlight.

The wolves will not wait …

Rolf Peterson, a wildlife ecologist at Michigan Technological University in Houghton, oversees the world’s longest-running study of predators and prey — the wolves and moose of Isle Royale in Lake Superior. Each winter since 1958, researchers have spent weeks on the isolated 544-square-kilometre island charting the animals’ changing fortunes. But now the iconic study is in jeopardy, because the National Park Service, which manages the island, has cut off access to it during the shutdown.

Neither will the fish wait …

…in California, a crucial survey of the state’s fisheries has been postponed because a research ship owned by the National Oceanic and Atmospheric Administration (NOAA) — the RV Reuben Lasker — is confined to port in San Diego. The ship was meant to have headed out on 6 January to collect data on ocean denizens such as plankton and whales, along with ocean physics, for the California Cooperative Oceanic Fisheries Investigations (CalCOFI).

The issue might sound trivial, but basting a gap into a data set greatly hampers progress. Data is valuable, and if some key bits are missing then rather obviously …. (missing bit of this paragraph was here).

It is just the beginning

As the length of the shutdown persists, then beyond the immediate it ripples out and rather lot of other activities begin to close down. Much can tolerate a few days, or even weeks, but the longer it becomes the far greater the impact becomes.

What get’s hit next?

…astronomical observatories funded by the NSF and operated by contractors. They include the National Optical Astronomy Observatory, which includes the Kitt Peak National Observatory in Arizona, and the Gemini Observatory, which maintains twin telescopes in Hawaii and Chile. All have money to last a few weeks more, but do not know how they can stay open beyond that point…

But some smart people are finding smart ways to cope …

At NASA Chandra would have run dry of funding on 22 Jan, but  …

To prevent damage to Chandra, the Smithsonian Institution — which operates the observatory for NASA — will cover any shortfall with what is known as risk funding

UNAVCO would have hit a wall this week, but is also looking for ways to keep going.

By “young” them mean that the people that endure the greatest impact are scientists who are just starting their career. For example …

Bob Literman, a computational biologist at the University of Rhode Island in Kingston, is supported by an NSF postdoctoral fellowship, and until the shutdown ends, he is not being paid. Because he is considered an independent contractor rather than an employee of the federal government or the university, Literman is not eligible to apply for unemployment benefits.

Now he and his wife, who works at Brown University in Providence, Rhode Island, are scrambling to find the money to pay their bills and support their 21-month-old son, Rubin. “We definitely can’t make it out of January,” Literman says. “Doing some bad back-of-the-napkin math, it’s going to fall apart at the end of the month, when the car bill is due.”

That is just one example, they go on to list others.

The Impact Ripples out beyond the US border

Science does not recognise borders. there are activities that are global in nature, and require input from many nations …

An international team of geophysicists has delayed the release of an updated model of Earth’s magnetic field — data that underlie all modern navigation, affecting everyone from military planners to smartphone users. Scientists at NOAA were among those who had scrambled to update the model a year early, after observing unexpectedly large shifts in the location of the north magnetic pole. But the shutdown forced them to postpone the model’s release from 15 January to 30 January — assuming the shutdown is over by then.

Again that is one example of many.

Another concerns the IPCC sixth assessment report. 4 of the 20 lead authors are missing and have stopped participating because they can no longer attend meetings.

It impacts people and not just projects

If your career put you in into the role of “political pawn” then a shutdown gives you a great deal of time to seriously reconsider your career choices. The brightest and smartest will be motivated to avoid being in such a position.

… “It’s become old to be used as an unwilling political pawn in these games of chicken,” says a mid-career federal scientist in Arizona, who asked for anonymity…

... “We are also looking at making some serious changes to our future, including one or both of us leaving the federal civil-service career track,” says the scientist, who has been browsing job ads on LinkedIn….

… is angry about the “unconscionable” toll that the funding fight is having on government contractors — who are neither paid during shutdowns, nor eligible for back pay after they end — and low-level agency employees….

The shutdown will end, hopefully soon, but the implications it will have will continue to ripple out far beyond the immediate shutdown period. It really does have longterm implications.

Remember, it is all happening simply because one incompetent buffoon wants to spend billions building an utterly pointless wall.