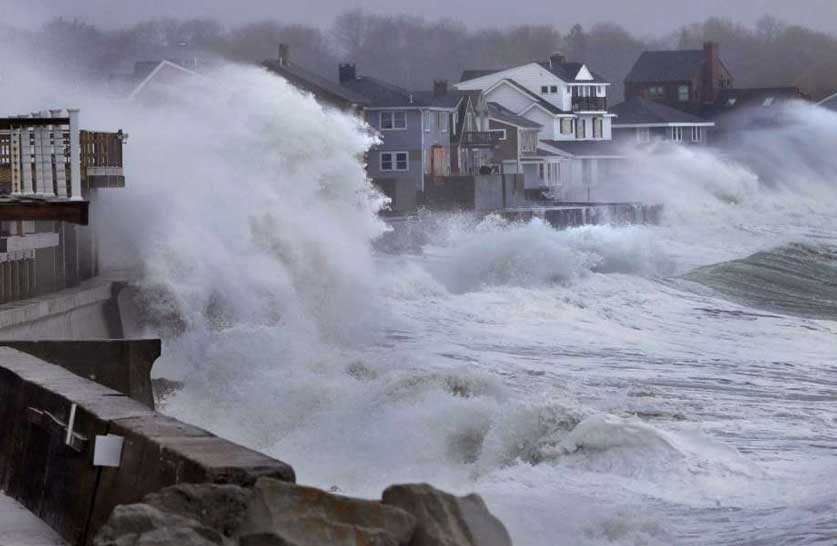 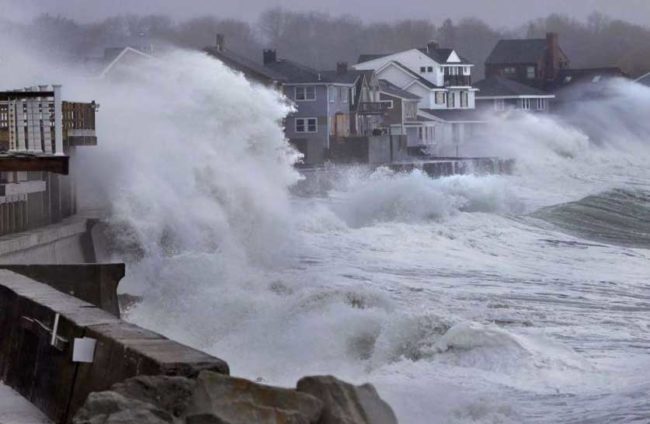 Reveal, a nonprofit investigative journalism organisation founded in 1977, has an article by Elizabeth Shogren on the emerging anti-science policy within the US Dept of Interior.

The US department of the Interior is currently run by Ryan Zinke, a Trump appointed climate denier. His record is one in which he has opposed objections from environmentalists on issues such as coal extraction and oil and gas drilling, and has actively reduced the size of national parks. There is more, lots more, but that’s enough for you to get the picture. The discovery that under his watch scientific reports are now being censored is a consequence of the appointment of individuals such as this to positions of responsibility.

If you voted for Trump then you own this.

Reveal managed to get their hands on multiple copies of a draft report and so where able to compare them to see what is going on. This is what they found …

National Park Service officials have deleted every mention of humans’ role in causing climate change in drafts of a long-awaited report on sea level rise and storm surge, contradicting Interior Secretary Ryan Zinke’s vow to Congress that his department is not censoring science.

The research for the first time projects the risks from rising seas and flooding at 118 coastal national park sites, including the National Mall, the original Jamestown settlement and the Wright Brothers National Memorial. Originally drafted in the summer of 2016 yet still not released to the public, the National Park Service report is intended to inform officials and the public about how to protect park resources and visitors from climate change.

Reveal from The Center for Investigative Reporting obtained and analyzed 18 versions of the scientific report. In changes dated Feb. 6, a park service official crossed out the word “anthropogenic,” the term for people’s impact on nature, in five places. Three references to “human activities” causing climate change also were removed.

The 87-page report, which was written by a University of Colorado Boulder scientist, has been held up for at least 10 months, according to documents obtained by Reveal.

This takes it all to a new level

Back last May I was writing about how a US Interior Department Press Release was censored. It concerned a report that laid out the increasing risk of costal flooding in the coming decades, and how that was going to double. They removed all references to it being caused by climate change within the press release.

So they happily issued that press release advising that the risk of costal flooding was going to double in tropical regions over the next few decades, but apparently they had officially no idea why sea level is rising, not a clue, it is just a big mystery to them.

So how does that work then?

Well, you would need to read the report itself where the very first line in the abstract explained …

Such censorship is now being taken to the next level, and so we are seeing a scientific report being purged of politically unacceptable statements.

It is neither unique nor isolated, but instead is part of an overall trend being laid by the Trump administration …

Columbia University’s Silencing Science Tracker  documents more than 100 instances of government trying to restrict research or public information about climate change. Among them are reports on climate change that have been stripped from government websites. Climate change was removed from the Federal Emergency Management Agency’s strategic plan. Environmental Protection Agency employees were issued talking points that promote an inaccurate message about gaps in climate science and downplay the role of human activities in global warming.

“There is no incident, no incident at all that I know that we ever changed a comma on a document itself. Now we may have on a press release, and I challenge you, any member, to find a document that we’ve actually changed on a report.”

… and so we now have exactly that, and remember that this censorship happened prior to that senate hearing.

So has the report really been changed?

The Reveal article gives us some very precise examples …

In drafts dated January 2017 to May 2017, the executive summary starts: “Changing relative sea levels and the potential for increasing storm surges due to anthropogenic climate change present challenges to national park managers.”

But editing dated Feb. 6, 2018, changed that to: “Ongoing changes in relative sea levels and the potential for increasing storm surges present challenges to national park managers.”

In a section about 2012’s Hurricane Sandy, one of the costliest storms to hit the U.S., this sentence was deleted: “This single storm cannot be attributed to anthropogenic climate change, but the storm surge occurred over a sea whose level had risen due to climate change.”

The introduction also was substantially altered in February. These two sentences were deleted: “While sea levels have been gradually rising since the last glacial maximum approximately 21,000 years ago, anthropogenic climate change has significantly increased the rate of global sea level rise. Human activities continue to release carbon dioxide (CO2) in the atmosphere, causing the Earth’s atmosphere to warm.”

Changing a Press Release in dishonest, but to specifically alter and censor a scientific report and purge it of things that you don’t believe are correct on the basis of no evidence at all is more than a little bit alarming.

Why is this now happening?

There are various possibilities. One is that there has been an internal verbal directive that dictates that this should be done. Another scenario is that career-minded administrators are doing this in order to appease their Trump appointee overlords. Either way we don’t know, but regardless of which it is, this is a gross breach of existing policy.

The NPS Code of Scientific and Scholarly Conduct as set out in the Departmental Manual (305 DM 3.7) specifically states …

All Departmental employees and all Volunteers, Contractors, Cooperators, Partners, Permittees, Lessees, and Grantees will abide by the following code of scientific and scholarly conduct to the best of their ability:

Rather glaringly, what is going on now is solid robust evidence that their existing Integrity policy is being actively breached.

This is a very dangerous development.

I highly recommend that you go read the full Reveal article.