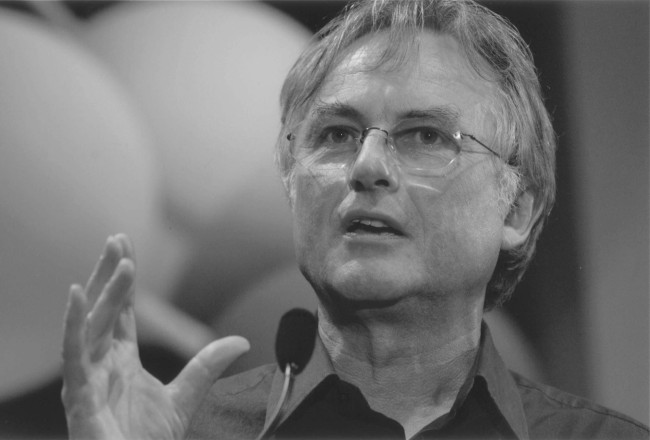 I was blogging about this a couple of days ago, and reported the rather bizarre story of how Richard Dawkins, who had been invited to a science and skeptics conference to be their keynote speaker on what is the wholly appropriate 40th anniversary of the publication of his highly influential book, The Selfish Gene, and was then disinvited due to just one tweet. Later when Richard learned that the clip he tweeted targeted specific individuals, he removed it, but then the conference committee disinvited him anyway, and that leaves you wondering what on earth was going on inside their heads to do that.

Well, we have some further insights now because a far longer statement has been issued by Steven Novella.

As a statement, it appears to have pacified those who need to be pacified and so has in essence enabled them to resolve the Cognitive Dissonance that this incident generated, but in reality it does not actually answer the question in any meaningful way at all.

What it is not about

It is not a Freedom of Speech issue. NECSS is their conference and they can invite and disinvite whoever they wish whenever they wish. A disinvitation does not in any way stifle Free Speech.

This is also not, despite the various claims, a Feminist issue. The NECSS folks are indeed Feminists, and that is a good thing and praiseworthy. However, despite the reputation he has, Richard Dawkins is also himself a Feminist and truly does openly and happily promote the feminist ideal of true equality for all.

So how does Steve Explain their decision?

Well, we have this point …

This is a complex topic I am not going to tackle or resolve here. Suffice it to say this controversy has caused many in the movement to form various camps, some championing free speech, others social justice. Others have tried to chart a course down the middle, while still others left the movement.

… which is fine as a statement and does reflect the way that many align themselves, but I’m really not finding any convincing evidence that what happened is truly a Free Speech issue, or a social justice issue.

Dawkins retweeted a video (called “Feminists Love Islamists”) depicting an Islamist and an angry feminist (who it turns out is a real person and not just a character) and essentially making the claim that these groups share an ideology. Dawkins tweeted:

“Obviously doesn’t apply to the vast majority of feminists, among whom I count myself. But the minority are pernicious.”

He included a link to the video. This, of course, set off another round of controversy over Dawkins’ social media activity and the attitudes they reflect.

The concern for some of us at NECSS was that by hosting Dawkins as a featured speaker we were making a statement we did not intend to make, a statement that could be interpreted as being unwelcoming and even hostile to many attendees.

In what way exactly was this one tweet making a statement to a conference of skeptics that was “unwelcoming and even hostile to many attendees”, I am truly not making that leap here, what exactly am I missing?

It is a verifiable fact that some feminists have indeed issued public statements in which they take a stance with Islamist extremists and openly oppose human rights activists, so should we not criticise such an absurd stance. I personally find the labelling of such criticism as “unwelcoming and even hostile” to be quite “unwelcoming and even hostile”. In the context of a conference of skeptics, that is quite frankly weird.

I get that some might indeed find the video itself badly made, and to be frank quite spiteful, but in what way exactly is it different than the satire and parody deployed against other bad ideas such a psychics or quack medics. Is there a list of topics or groups we can and cannot openly criticise?

Now to be wholly fair, Steve does move on and address some points raised …

The issue here, for example, is not free speech … As an analogy, creationists often complain that firing professors who teach creationism is a violation of their free speech, while the real issue is about academic quality control. In our case, the issue is about our right to craft our own conference the way we wish.

… Others have questioned whether or not we condemn all satire, with South Park being brought up as a frequent example. We are not against satire, but this video is no South Park. The video in question, in my opinion, was spiteful and childish and was merely hiding behind satire. That is a judgment call, but making that judgment does not condemn satire as a form.

… Another frequent point is that we are against any criticism of feminism, as if it is a taboo topic. This is also not true. No topic should be taboo, and we favor open and vigorous discussion of all important issues. In fact, pointed criticism is good for the feminist movement – or for any movement. (This does not mean that NECSS is the proper venue for any particular topic.)

… The point, rather, is that this video, and the discussion that surrounded it, was not constructive. It was hateful and divisive. Further (as Dawkins later acknowledged) the video targeted a woman who is allegedly already the target of threats and harassment.

… and yet I still truly do not grasp why that would merit disinviting him, without any discussion with him.

I stand by my conclusion here, they got this wrong, very wrong.

It has all now given birth to some truly absurd claims. I’ve seen one well-known shock blogger exclaim …

Who exactly are these “feminists who bend over backwards to appease Islamism”? Can he name a few? Please. This is simply mythologizing and stereotyping. While you might be able to dig deep and find a few women who claim to be feminists and are pro-Islam, they are not representative

… and that to be frank is absurd, he should know better. The incident at Goldsmiths is well-known, and is not the only example of this left-leaning pandering to Islamists by some who give them a free ride because “it is their culture”.

Now, I love Rebecca very much but when I read the extent of her anger at Dawkins’ asking her back to his hotel room, I was more shocked by her behavior.

Say what! … no that never happened, and it is fictitious bullshit like that rippling out that does the real damage here. Somebody heard some vague reference to elevator-gate, an incident that concerned Rebecca putting out a video in which she complaining about a guy hitting on her in the elevator, and Richard then criticising that stance via a satire comment that suggested that there were far worse things going on. That all generated rather a lot of blog traffic for a lot of people that was mostly heat and very little light, but this comment now takes that to an entirely different level of disinformation.

In the end, Critical Thinking matters, and as is now being well-demonstrated, nobody is immune to making mistakes.

Now pay attention, this is very important. I have always liked Steven Novella and also the other SGU folks and have always supported their various endeavours, and I still do, this has not changed my position on that. Does that statement mean that I support this specific decision? Nope, I am convinced that they made a huge mistake here and reached the wrong decision, and by doing so created a bit of a PR mess. Humans make mistakes, and that perhaps is a part of our humanity that nobody is immune to.