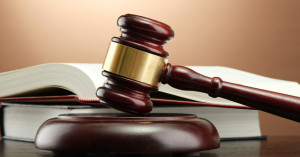 I tripped up over the details of this one the other day, and it truly is bizarre. It is one of those cases that pops up whenever you might be tempted to think, “nobody could be that stupid”, because sure enough, up pops somebody who is quite determined to prove you wrong about that.

A couple of months ago last June the following lawsuit was filed against Richard Dawkins in Texas by a gentleman who claims that he has been personally caused a considerable degree of emotional distress because Richard Dawkins called him stupid, and so he now wants the court to award him the sum of $58 million. Least you wonder, yes “nutter” is a more apt term here, because within the claim he states this …

Plaintiff Karl L. Dahlstrom not only does not believe in Evolution, but he is the only individual on earth in the history of man that has scientifically disproven Evolution. This makes Karl L. Dahlstrom the number one candidate for Richard Dawkins attack

… yep, this does indeed appear to be a huge billboard that announces very loudly to all who pass this way “here be a nutter”.

OK, so what is the story here, did he discuss his anti-evolution stance with Richard and was then labelled “stupid”? Well no, and this is where it all takes an even more bizarre twist.

Back in 1989 there was a book review by Richard Dawkins that was published in the New York Times, within which he wrote …

“It is absolutely safe to say that if you meet somebody who claims not to believe in evolution, that person is ignorant, stupid or insane (or wicked, but I’d rather not consider that).”

Ah, and so Mr Dahlstrom was offended that his book got such a negative review then?

Actually no, it was not his book that was being reviewed (details here). Instead many decades later (yes really … decades, it was 2013) Mr Dahlstrom wrote an anti-evolution book that nobody bought and everybody laughed at, and so the basis for his claim is this …

Richard Dawkins has caused millions of persons to be prejudiced and biased against Karl L. Dahlstrom and injured his reputation and subjected him to hatred, contempt, ridicule and financial injury from persons not exposed to the truth about Darwinian Evolution and the position Plaintiff Karl L. Dahlstrom has taken on this issue.

… in other words, his lawsuit is specifically citing a comment within a book review written almost a quarter of a century prior to the publication of his book as the primary reason for the failure of his book and now wants $58 million.

Even though it is obvious that this chap is utterly bereft of any common sense, this is not something that can just be ignored because doing nothing is not an option, that would potentially result is a default judgement against him, and so a motion to dismiss has been issued by the Richard Dawkins foundation on 22nd July … (summary below, the actual motion runs to about 20 pages)

… and so in due course it will cease to simply be an opinion and become a legal fact that Mr Dahlstrom is indeed quite stupid.

Meanwhile over on Amazon …

The reviews of Mr Dahlstrom’s book contains the following comment …

It is absolutely safe to say that if you meet somebody who claims not to believe in evolution, that person is ignorant, stupid or insane or wicked.

… and so far 25 people have ticked that as a really helpful review.

2 thoughts on “Weird lawsuit: Demand for $58 million from Richard Dawkins”