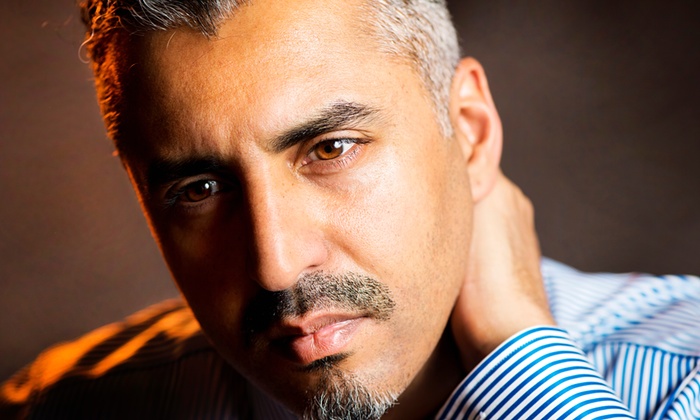 The former Islamic extremist and now anti-extremist campaigner, Maajid Nawaz, has had a bit of a hatchet job done to him by David Shariatmadari within a Guardian article. He was supposedly being profiled, but then Mr Shariatmadari laced it all with some anonymous quotes and essentially stuck the knife into him.

Was it Really A hatchet Job?

Chris Elliott certainly thinks it was, and has a Guardian article in which he examines what happened …

The resulting 2,500-word interview, which made the cover of G2, asked how this former member of Hizb-ut-Tahrir, who was arrested during a year learning Arabic in Egypt and spent four years in jail there before rejecting his Islamist past, became an adviser to the PM. When it was published, Nawaz took to social media to complain that the interview was a “hatchet job”. He then complained to the readers’ editor that the article used anonymous pejorative quotations in contravention of the Guardian’s editorial guidelines.

… The editorial guidelines state clearly that if a journalist thinks there is a case to be made for using pejorative anonymous quotations the matter should be discussed with a senior editor. In this case these were discussed and the editor approved the use of the quotations.

Even if the case had been made for one of them, the substance of the criticisms contained within them should have been put to Nawaz but it was not.

In conclusion I still feel that the use of anonymous quotes is an insidious way to take a swipe at public figures, and the Guardian was wrong to have used three in this way.

Meanwhile over at the Daily Beast, Maajid has a few words to say about it all

And so Maajid nail the issue very nicely … (its a long extract, but well-worth reading) …

Islam is a religion like any other. Islamism is an ideology that seeks to impose any version of Islam over society. When expressed through violence, I call it jihadism. It is obvious to an American liberal that Christian fundamentalism must be made to respect personal choice. Likewise, it is as plain as the light of day to me—a Pakistani-British liberal Muslim—that any desire to impose any version of Islam over anyone anywhere, ever, is a fundamental violation of our basic civil liberties. But Islamism has been rising in the UK for decades. Over the years, in survey after survey, attitudes have reflected a worrying trend. A quarter of British Muslims sympathised with the Charlie Hebdo shootings. 0% have expressed tolerance for homosexuality. A third have claimed that killing for religion can be justified, while 36% have thought apostates should be killed. 40% have wanted the introduction of sharia as law in the UK and 33% have expressed a desire to see the return of a worldwide theocratic Caliphate. Is it any wonder then, that from this milieu up to 1,000 British Muslims have joined ISIS, which is more than joined the Armyreserves. In a case that has come to symbolize the extent of the problem, an entire family of 12 recently migrated to the Islamic State. By any reasonable assessment, something has gone badly wrong in Britain.

…Finally, on July 20 the British Prime Minister David Cameron mustered the political will to deliver a comprehensive speech setting out the UK’s approach to tackling the long rising tide of theocratic extremism in our communities. At last, Cameron named and shamed the Islamist ideology as a major factor behind the rise of such extremism. As founding chairman of Quilliam—an organization that seeks to challenge Islamism though civic debate across political divides—I was proud to have played a role in advising Downing Street on some of the core messages for this speech. I did this despite my being a Liberal, and not a member of the Prime Minster’s Conservative party. I did this because extremism affects our national, not just party-political, interests.

The Guardian, it seems, was not happy. Rather than react by providing much beleaguered feminist, gay or ex-Muslims with a crucial platform—as one would expect from a progressive newspaper—they featured a doting interview with the UK front-leader for the Islamist extremist group Hizb ut-Tahrir (HT) complaining about the Prime Minster’s speech. HT wishes to resurrect a theocratic caliphate, in which—according to its draft constitution available online—they would execute “apostates.” They also believe in ISIS-style medieval punishments, such as stoning, amputations, punishing homosexuals, and approving of slavery in principle. I should know, for 13 years I was on the leadership of this group, serving five of those years as a political prisoner on its behalf in Egypt.

… And while the regressive-left have taken this approach with Islamist extremists, they have been simultaneously marginalizing that great political inconvenience, liberal Muslims. On July 21, a day after the Prime Minister’s speech, the GuardianG2 magazine’s commissioning editor Nosheen Iqbal wrote a glowing email to my office requesting an interview in order to discuss my “consistently dedicated work to combat extremism” and to build on the “momentum” of the Prime Minister’s speech so as to “flag up the crucial work being done behind the scenes.” Keen to engage the audience most hostile to liberal Muslims in the past, I was struck by the change of tone in this request, and felt that an opportunity to repair ties was at hand, so I agreed to the interview.

What I hadn’t seen was this same editor’s tweet, only a week prior, in which she made her dislike of me crystal clear. The resulting piece—conducted by David Shariatmadari—was nothing short of a character assassination. I have since responded in full to this hatchet job on my public Facebook page. Suffice to mention here that the article relied on no less than three anonymous hostile quotes, among countless other petty jibes and omissions of my actual answers. In fact, the piece was so bad that it appears to have violated the Guardian’s own editorial code on anonymized quotes.

… By focusing on my personality, fluency, dress and beverage tastes—instead of my ideas and “crucial work” — the paper opened itself up to attack by a cleverly put together and popular satirical and irreverent piece.  Satire has been a sanctuary historically monopolized by progressives, originally used as a discreet tool against Western religious fundamentalism.

He is right of course, in many ways the best response to the absurd is satire, and that is exactly what King Of Dawah indulges in …

Before interviewing Nawaz, I speak to some anonymous people who know him. One of them, an anonymous source who wants to be anonymous, says ‘Maajid thinks he’s amazing, but he’s not. Instead of writing and debating things in order to confront bad ideas, he should be sticking his head in the sand, which is the only way the extremists won’t be offended’.

I ask him about his pompous opinions, and whether expressing them actually increases extremism by increasing it. Predictably, he is dismissive of my brilliant, amazing point, disagreeing with it arrogantly in a manner that would alienate people and thus increase the chances of innocent people being harmed by extremists, probably.

The fanatical Islamist is an individual who wishes to impose by force his beliefs upon society. That however is one side of the coin, because on the other side is the desire by the extreme right to deploy an outright ban of Islam. These positions might appear to be poles apart, but in reality they are twins who both desire to impose their specific beliefs by force and are at heart essentially fascist ideologies.

I am firmly convinced that Maajid Nawaz is the man of the hour, for here is an individual who has put aside Islamic extremism and has instead embraced liberal values that places civil liberties as the ideal to strive for, so when supposedly left-wing liberal leaning papers such as the Guardian opt to indulge in what is essentially character assassination in cases such as this, then that is not a point in their favour, but rather is a damming bit of self-inflicted judgement against themselves.