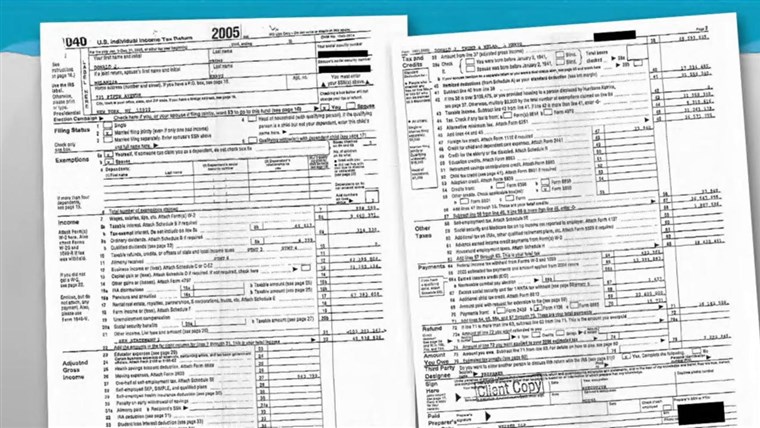 Wow, or perhaps … just “Wow”. The New York Times has published Trump’s Tax returns. He went to extraordinary lengths to not reveal them, and so that itself was a big bold flashing red neon sign telling you that he was hiding something.

It will no doubt be all over the news with wall to wall coverage, so anything I might write here will perhaps be covered in far greater detail elsewhere. Having said that, the man is impacting us all and fully deserves as much spotlight as can be thrown upon stuff like this.

The headline the NYT ran with is …

What then follows is jaw-dropping stuff.

He does not pay tax

His total tax bill in 2017 was $750. As a contrast, both Obama and also Bush paid more than $100,000 in tax. Both of them were very transparent regarding their tax returns.

How is this possible?

Well, because he reports consistent and persistent losses across many of his businesses. One selling point for the man that was often promoted was that he was a successful businessman, hence would be ideal to run the nation. The truth is that he is not. Most of his core businesses are loss making.

“Trump’s core enterprises – from his constellation of golf courses to his conservative-magnet hotel in Washington – report losing millions, if not tens of millions, of dollars year after year,”

He claimed a $72 million tax refund and received it after declaring vast losses. That in turn triggered an audit in 2011 that challenged this refund. So far it has not yet been resolved. It will most probably end up in federal court and so when it does all the details will become part of the public record.

“In 2011, the IRS began an audit reviewing the legitimacy of the refund. Almost a decade later, the case remains unresolved, for unknown reasons, and could ultimately end up in federal court, where it could become a matter of public record.”

The precise details are this.

Least you wonder, yes, this is illegal.

He has loans of $421 million which will become due.

“In the 1990s, Mr Trump nearly ruined himself by personally guaranteeing hundreds of millions of dollars in loans, and he has since said that he regretted doing so. But he has taken the same step again, his tax records show. He appears to be responsible for loans totaling $421m, most of which is coming due within four years.”

If he wins, then what exactly do those that are due to be paid do if he does not pay?

Foreclose on a sitting president perhaps?

Being President is a Profit making scam

It is not just about the secret service paying vast sums to his businesses to stay in while they protect him, but is also about all payments bribes from many others …

“Since he became a leading presidential candidate, he has received large amounts of money from lobbyists, politicians and foreign officials who pay to stay at his properties or join his clubs,”

Thoughts on how his supporters will respond

His core base will not be moved by any of this. They have a rather well-established track record that demonstrates that when it comes to things such as decency, honesty, and integrity, they simply don’t care. It is easy to predict that this revelation will not change any of that.

They have come this far and are too deeply invested emotionally.

The spin will of course be conspiracy thinking on steroids. We will no doubt hear how this is all fake news and is simply the “Deep State” that is promoting a false narrative to tarnish the reputation of their beloved messiah.

In fact I don’t need to tell you this, it is already happening via the fraudster-in-chief …

I’ve perhaps only really scratched the surface here. For a full insight, you can find the complete NYT article here.

Anything you read, including this posting, will be learning upon that article, it is the alpha source for it all, and so best to read it all to get a good insight into it all.

“Taxes are what we pay for civilized society.”

What we now learn is that apparently, Trump disagrees.