Muhammad Tahir-ul-Qadri, an Iislamic scholar of Sufism and also a politician in Pakistan, has written an article in the UK’s Guardian in which he suggests that “Teaching proper Islamic principles will help stem extremism”, he writes …

Radical ideology depends upon a framework of (distorted) theological reference points and scriptural justifications. It is here that appropriate intervention can bear fruit. Challenging the narratives and belief structures of the misguided with proper Islamic principles and validated interpretations of scripture must be incorporated into any method if it is to be effective.

It is with all this in mind that I have prepared the Islamic curriculum on peace and counter-terrorism. The curriculum is to be used as the basis for educating and training imams, clerics, teachers and young people about the broad array of ideological and theological principles that underpin radicalisation, and what the true Islamic teachings are on each subject.

It sounds fine, but there is a huge issue with this specific proposal.

Ask yourself this, who exactly gets to dictate what “true” Islam actually is?

The Fundamental Flaw – There is no consensus

The Qur’an claims that it is ‘mubeen,’ or ‘clear,’ and yet if that was true then it should be easy to understand, but it is not. If you read it in the original Arabic, you soon discover that every fifth sentence or so does not make sense at all. Many will deny that this is so, but facts are facts, the Qur’an is just incomprehensible, and that is perhaps a bit hidden from non-Arabic speakers by the various translations that brush over this reality.

So how is this issue resolved?

Many Muslims will also use the various Hadith collections and the Sirat to try and make sense of the Qur’an. The Hadiths are oral traditions which record Muhammad’s words and actions, and the Sirat is a biography of Muhammad.

What happens of course is that there is a bit of a pick and mix going on. A minority that will just stick with the Qur’an, but those who lean upon the various Hadiths and Sirat can be quite selective, and so the different schools and sects will pick different hadiths as authentic, and then happily discard the rest. In fact, to make things even more confrontational, the Sunni and Shi’ite have distinctly different collections and distinctly different methodologies for determining what is and is not authentic. For example, Shi’ite Muslims assert that if a narrator was not a member of the Ahl al-Bayt (Muhammad’s household) or one of their supporters, then the narration should be rejected.

As you can imagine, this leads to a complete lack of consensus, and so while all may indeed assert that the Qur’an is the word of Allah, there is no prevailing consensus on what Allah is actually saying, and there never ever has been any such consensus.

Muhammad Tahir-ul-Qadri proposes that the solution to extremism is the promotion of his specific non-violent interpretation, and while the promotion of non-violence is of course to be commended and supported, it is also a rather simplistic vision that will not yield much. He also does not have the resources to counter the vast sums being spent on the promotion of extremism.

The elephant in the room

With the support of petrol-dollars, Saudi Arabia has spent over $100 billion (yes billion, not million) during the past couple of decades on the promotion of fanatical Wahabism, and that includes producing the 10 million or so Qur’ans that roll off their printing presses each year that have been carefully doctored to appeal to modern emotions and prejudices.

You do not need to look very far back in time across many Islamic nations to appreciate that a radical transformation has taken place and has seen moderate Islam supplanted with far more radical variations.

Promoting the idea of teaching a less extreme variation of Islam while Saudi Arabia still spends vast sums on the promotion of Wahabism is utterly absurd, and almost akin to using a bandaid to fix a broken leg. If there truly is a desire to address the issue of extremism, then the vast flow of extremism pouring out from Saudi Arabia, needs to dealt with first.

The place to start is challenging the huge flow of extremist support, both ideologically and financially, still pouring out of Saudi Arabia. If we continue to ignore that and let it carry on unchallenged then we ensure that extreme Islamist thinking will continue to thrive and grow until their oil runs out.

University of Cairo: Numbers of Hijab-wearing female students over the years … 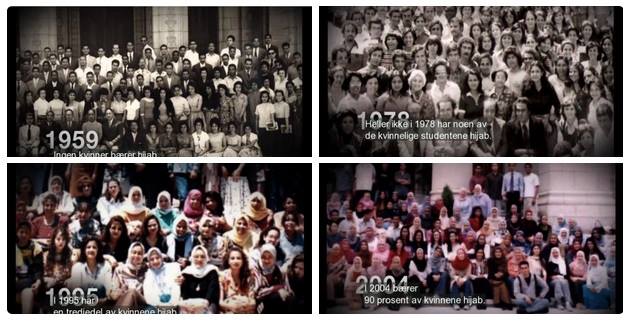 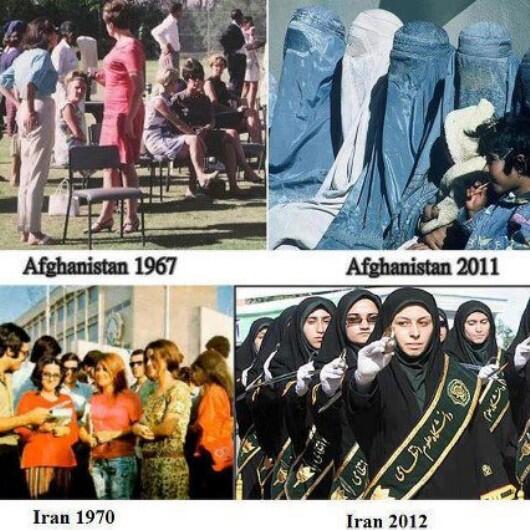