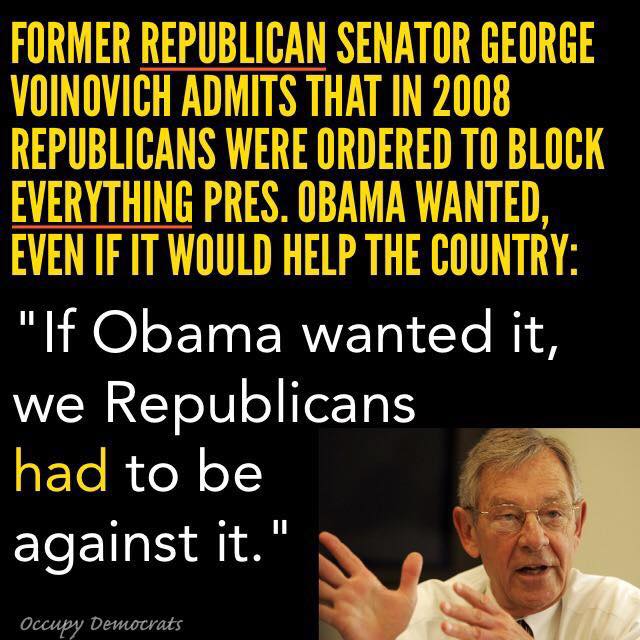 Back last September when Senate Minority Leader Harry Reid (D-Nev.) was on his way out and retiring, he gave a speech in which he laid out the preceding eight years of GOP Obstructionism in detail …

“History will look back and note that Republicans in Congress treated President Obama with unprecedented disrespect,” Reid said, arguing that soon after Obama was elected, the GOP set out to make him a one-term president and obstruct anything he did.

“No one expected them to agree with everything he did ― but America deserved better than the way Republicans behaved toward President Obama,” Reid said.

The soon-to-retire Democratic leader also argued that the shabby treatment of Obama is part of why the GOP is saddled with Donald Trump as its presidential nominee.

“The only thing Republicans have truly done this year was to prove that they are the party of Trump,” Reid said. “Republicans would have us all believe that Trump just fell out of the sky, and somehow mysteriously became the nominee of their party.

“But that is not how it is,” Reid said. “Trump is no anomaly. He is the monster that Republicans built. He is their Frankenstein’s monster. They own him.”

He is not alone in holding this opinion. Last June Senator Elizabeth Warren released a report that detailed the GOP’s extremist record of obstructing key Obama nominees.

We are all now perhaps familiar with the way the stage is being laid out in preparation for the next act. We have a a vaccine denier to chair a “safety committee” on vaccines, a climate change denier in charge of the EPA, a racist as attorney general … and on and on.

What can be done?

Well, perhaps you we can start by taking a page right out of the GOP play book and start with their opening gambit towards Obama’s nominations back in 2009.

That’s not a fantasy, it just happened. Senator Chuck Schumer, Harry Reid’s successor, has taken Mitch McConnell’s 2009 letter to Harry Reid and just bounced it right back at him. 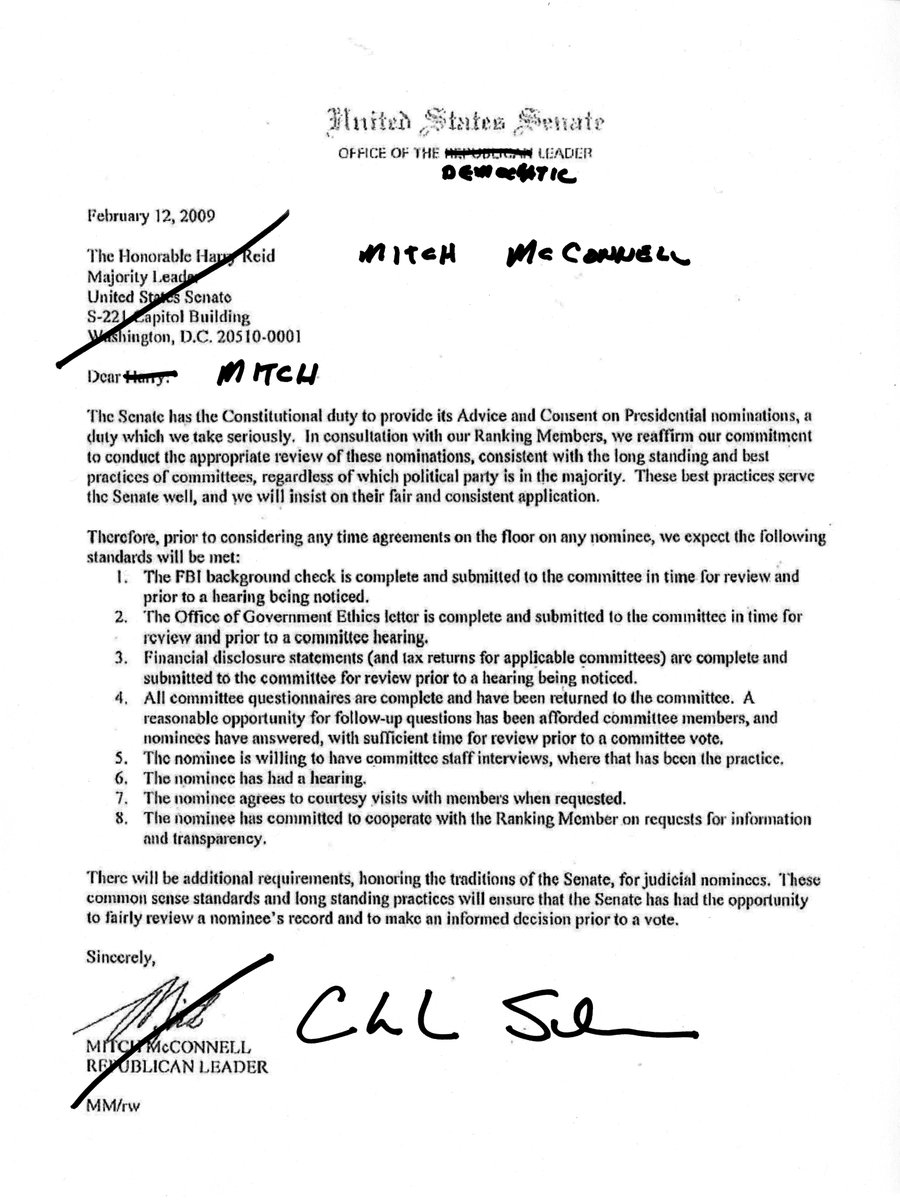 What can I say expect that I love it.

Clearly the GOP is about to learn that you reap what you sow.