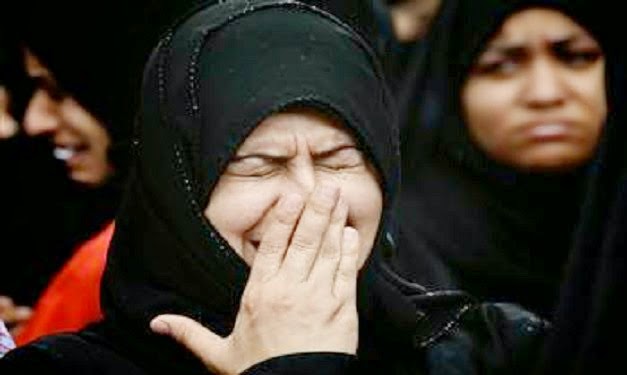 Actions have consequences, and in this specific instance, the utterly absurd actions are those that are being deployed by the religious authorities in Saudi Arabia. AAI reports (with links to their source) …

According to The Info Post, a Saudi Arabian woman must be accompanied by a male guardian — typically relative — at all times in public. The rape victim violated this law by meeting a friend to retrieve a picture.
A 19-year-old gang rape victim was sentenced to 200 lashes and to six months in jail for the crime of indecency and speaking to the press.
Saudi Arabia defended a controversial verdict sentencing a 19-year-old gang rape victim to 200 lashes and six months in jail. The Shi’ite Muslim woman had initially been sentenced to 90 lashes after being convicted of violating Saudi Arabia’s rigid Islamic Sharia law on segregation of the sexes.
The decision handed down by the Saudi General Court more than doubled her sentence last week. The court also roughly doubled the prison sentences for the seven men convicted of raping her, Saudi media said.

The court has also reached out to strike against her and her lawyer for daring to goo to the media and criticise them publicly for this absurd farce ...

The woman’s lawyer, Abdul Rahman al-Lahem, reached out to the media. The court has since banned him from further defending the woman, confiscating his license and summoning him to a disciplinary hearing later this month.

The justice ministry implied the victim’s sentence was increased because she had spoken out to the press. “For whoever has an objection on verdicts issued, the system allows to appeal without resorting to the media,” said the statement carried on the official Saudi Press Agency.

Could it possibly get any worse?

The story here is that the actual rape happened back in 2006. She went to meet a school student to get a picture of herself off him, and when they met up, they were approached by two men, who took them both by car to a secluded location and raped them both … yes, her male friend was also raped, and he has also been sentenced to jail and to be lashed.

Now for some further details – The resolution

The news of this has been circulating on FB as recent news, but it is not a new story, and did have a final resolution … she was pardoned.

You can find all the details on the Wikipedia Page here.

So why re-cycle old news?

Now pay attention, this is the important bit … the resolution here was an exception and not the norm, it only came about because of all the media attention that this received – the core issue remains.

At no point during that case or since then have the Saudi Authorities actually stepped back, decided it was all unjust, and so reformed their barbaric laws, they still have no legal distinction between rape and adultery, and so rape victims are still deemed to be criminals – that leaves them only one recourse – silence – and not just for that, but for a great deal more.

… and so here is what this posting is really all about, it uses one case to illustrate what is still happening today. 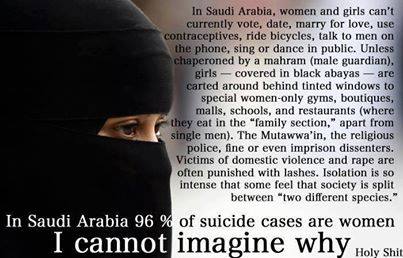 Basically half the human population in Saudi Arabia today have no rights, and yet for some odd reason (oil) they are our “friends”, and this is apparently acceptable?

Imagine if the chap who lived next door was nice and friendly, but also happened to keep his wife and kids locked up in a cage in his back garden – would that be acceptable or even something to be tolerated because he comes from a different culture?

Hint: “No” is not just a simple answer, it is the only answer.

Culture does not trump basic human rights, and nor does religious belief. When faced with their ongoing humans rights abuses on an almost industrial scale, silence is not an option, and so while so many remain gagged, those who can, should openly, robustly, and continuously, criticise the Saudi Authorities for their ongoing barbaric inhuman unjust, and utterly absurd behaviour.