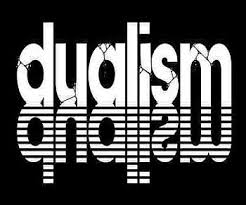 I tend to normally let comments stand asis and generally don’t reply, but today I have one that provokes a bit of thought.

A couple of days ago, I blogged a response to an article by Paul Poulton, the singer/songwriter, author and speaker. He in turn has replied and dropped a thoughtful reply, and so it is that reply I am now responding to.

He starts with a good correction for me. I had incorrectly stated his article was all about the suggestion that “celebrities such as Stephen Fry” had been responsible for the rise of non-belief, and he points out …

That’s not true as the quote Dave used was: “The “no God” option is made a little easier for people to subscribe to when celebrities such as Stephen Fry unleash a vitriolic tirade against God.”

… and so I can quite happily accept that such a correction is wholly appropriate for I was indeed misrepresenting things.

Next we move into an area that perhaps prompts me to write this reply. In response to my suggestion that the concept of “change of heart” was simply an emotional response, he suggests that there is far more to it than just that.

Faith in God is the base: a response of the human spirit. We are told that God is spirit, so if we are to have contact with him, as Michelengelo’s famous painting symbolically portrays, then it has to be a spiritual response. Which is what Jesus talks about when he speaks of “the heart”.

Spirit is not our brain.

The materialists’ position may be likened to a snooker table on a cruise liner, when the ship lurches the snooker balls roll about colliding into each other. If there is no such thing as spirit then the electrons in our brain are moving around at the whim of forces like those snooker balls on a ship. Having a human spirit can be likened to when someone on the cruise liner takes a snooker cue and carefully aims and strikes one of the balls aiming it in a certain direction. When a human being thinks it is our mind that uses our brain as a tool. Hence the command that we are to love God with all our heart, soul and mind.

Now here indeed is where I face a great deal of difficultly because we find rather a lot of religious words, but it is one specific underlying philosophy I wish to address and not just the semantics.

The entire concept of “spirit” is essentially one that resides at the core of all religious claims. This is a belief that there is a part of us that is distinctly separated from the human brain, this concept is known as “Dualism” and is an idea that is quite old and predates Christianity. The challenge to this is that the actual empirical evidence of a credible nature for this concept is exactly zero. In a rather stark contrast to that, the evidence we do have is that all we are does indeed emerge from the human brain. Mess with specific areas of that human brain and the results to the human personality are quite consistently impacted. We might grasp and embrace various beliefs, but no matter hard hard we might wish it to be so, we simply cannot escape these observational facts.

There are a few other comments that Paul raises as well …

1 Touched by God’s love. Many people around the world claim this very thing. Maybe it hasn’t happen to Dave. But that doesn’t mean the people who claim it aren’t correct. It only means that Dave can’t see any evidence for it.

To which I would observe, that it is not simply myself who finds no empirical evidence for this, nobody does. The essence of the Christian claim is that there exists a god who manifests in our reality, and this is empirically testable, yet there is no independently verifiable evidence available to confirm this. There are of course claims, but time after time if you dig into the details, nothing verifiable emerges.

2 “Creation groans” is a quote from the Bible. Fearful symmetry may be another way of putting it. Something that we do tend to notice if we look.

I have honestly no idea what that actually means, except to perhaps make the observation that there is no evidence that the vast universe we find ourselves in was specifically created. We reside on a small planet orbiting a star in a galaxy that contains many hundreds of billions of stars. And that one galaxy itself is just a tiny speck in a universe that contains hundreds of billions of galaxies, some of which contain trillions of stars. It is also quite possible, that our universe is one of many. Our specific insignificance is quite staggering, and so I truly have a hard time grasping the above claim in that context.

3 Jesus has gone to prepare a place for us. Is a matter of believing someone or not.

… and the evidence for this claim is … yes, exactly zero. People do of course believe it, I get that, and they assert this to be true, but they have no way of knowing that this is actually true.

… and the evidence that he ever said this is … once again exactly zero. Yes, there exists a religious text that claims that he said this, but the difficultly I face is that it was written many decades after the events described (Mark, the earliest Gospel is dated to about 65 CE). But let us suppose that there once existed such an individual who said those words, what does that imply? It strikes me as rather strange that people enter into an emotional relationship with what is essentially just an idea, but that is perhaps the nature of the human religious experience and is a relationship many other beliefs echo with distinctly different god concepts.

Paul truly believes, of that I have no doubt, and that is fine, I have no problem with that.

To some extent I do understand why he believes, because I also once truly believed as well. However I now don’t and as hard as I might struggle to find evidence, I simple do not find any. My motivation is to believe as many true things as possible and so if I am presented with evidence that conflicts with a position I hold, then I can and do happily change my mind.

I am also perhaps conscious of the thoughts that race through the minds of those that believe when faced with individuals such as myself, for example the thought that “you were never actually baptised in the spirit” or “never really knew Jesus” or … well you get the idea, and so there is a rather strong leaning upon belief being expressed as an emotional experiences.

But pause and consider this thought, if you discuss god with a Muslim or a Mormon, or a Christian, they all consistently lean upon this idea of their specific experience being the right one, and the various religious experiences of other types of belief being delusional or wrong, and in reply I would ask, “In what way is your experience different than their delusion?”, and so far I’ve not received a compelling answer.

4 thoughts on “Replying to comments – A rebuttal for Dualism”