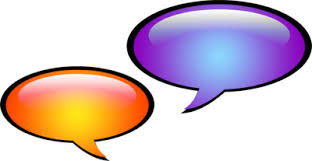 Is meaningful dialog between opposing views possible? What I mean by “meaningful” is that the exposure to a different view changes minds, or at least by putting a friendly face to “them” it all becomes less confrontational.

Maajid Nawaz, a Muslim reformer sat down with Sam Harris and had a frank but meaningful dialogue, so much so, that he writes …

Sam Harris has already—and generously—stated that he feels our dialogue influenced him more than me.

… and so everybody on all sides hails this as a real breakthrough.

Actually no, because rather sadly some are so attached to the idea that there never can be any meeting of minds, and so now Maajid is on the receiving end of rather a lot of unwarranted abuse for simply talking to Sam Harris …

Nathan Lean, a non-Muslim author, felt it appropriate to decide which conversations are legitimate for me, a Muslim, to have with others about my own religion. His first instinct was to simply erase any notion of my joint authorship with Sam. When it was pointed out that Sam’s co-author was a Muslim, Lean replied that my contribution was merely as Sam’s “Muslim validator” and later his “lapdog”.

To suggest that a Muslim cannot think for himself sounds to me very much like an incident of anti-Muslim bigotry. A curious position to take for someone who’s book is on “Islamophobia”, and who now sits on the advisory board of a UK-based “anti-Muslim hate” watchdog called TellMama. Indeed, who is watching the watchers.

Over at CNN’s blog, Haroon Moghul laid the blame for young Ahmed Mohamed’s profiling in Texas at my feet, tracing a line from anti-Islam activists Pamela Geller, Robert Spencer and Glenn Beck directly to me. Let us put aside the fact that Glenn Beck considers me a closet Jihadist and that I had already publicly expressed sympathy for Ahmed, I have been an opponent of racial and religious profiling for years, challenging  left-wing, Muslim, UK Labour government ministers on this practice since 2010.

But Murtaza Husain at Glenn Greenwald’s Intercept site felt so aggrieved, so agitated, so angry at my decision to talk to those with whom I disagree, about my own religion, that he posted a photo of Sam and me in conversation using the word “nice shot of Sam and his well-coiffed talking monkey”. When challenged the writer doubled-down, deciding that I was in fact a “native informant”, and nothing but Sam’s “porch monkey.”

The above is what happens when the focus is all about attacking an individual for simply talking to the supposedly wrong people, and not the ideas being discussed or expressed.

I do not see anybody else making as much real progress as Maajid does, and so his vilification says a great deal about the complete lack of any real integrity or honesty from those deploying such rhetoric. Remember that Maajid is the same guy who entered into a dialog with Tommy Robinson, the leader of the extreme right wing xenophobic party, the EDL, and persuaded him to change his mind about it all and quit …

The turning point came when Robinson and Ansar visited Quilliam and Robinson witnessed a debate between Quilliam’s director, Maajid Nawaz, and Ansar about human rights. Robinson said afterwards to the BBC: “I didn’t think a Muslim would confront Mo Ansar because I thought Mo Ansar was being built as the acceptable face of Islam; and that’s everything that I think is wrong. So when I saw this [debate between Nawaz and Ansar], and I read more about Quilliam and I looked at what Quilliam has done – they’ve actually brought change, which is what I want to do. I want to bring change. I want to tackle Islamist extremism, I want to tackle neo-Nazi extremism – they’re opposite sides of the same coin.”

… On 8 October 2013, Quilliam held a press conference with Tommy Robinson and Kevin Carroll to announce that Robinson and Carroll had left the group. Robinson said he had been considering this for a long time because of concerns over the “dangers of far-right extremism”.Robinson said it was still his aim to “counter Islamist ideology … not with violence but with democratic ideas”

… When Robinson was questioned by The Guardian newspaper about having in the past blamed “‘every single Muslim’ for ‘getting away’ with the 7 July bombings, and for calling Islam a fascist and violent religion, he held up his hands and said: ‘I’m sorry, I’m sorry.'” Robinson also said he would now give evidence to the police to help their investigation of racists within the EDL

Now that was a dialogue that was truly meaningful and worthwhile, and brought about real change in hearts and minds.

Often dialogue can degenerate to the level of deploying caustic remarks that simply inflame and antagonise, and so you step back and wonder what has actually been accomplished when that happens. It is perhaps an ever so human attribute and so we see this on all sides.

I’m not however suggesting as an alternative a sugar coated (or is that saccharine enhanced) dialogue that strives to avoid any and all offence, but rather an open and frank discussion where you stick to the basic ideas, and also criticise the opposing ideas. As that proceeds you may indeed be  tempted to make it personal because things can get quite emotional, but resist, and stick to the discussion at hand. Some will of course revert to making it personal, (“You are stupid /clueless/an idiot …” etc….), and that perhaps is just a symptom of immaturity or a venting of emotional frustration, and should never be taken as a cue to reply in kind.

Bottom line: Practise diplomatic dialogs in the sense that you are capable of telling people to go to hell in a manner that enables them to actually look forward to the journey.