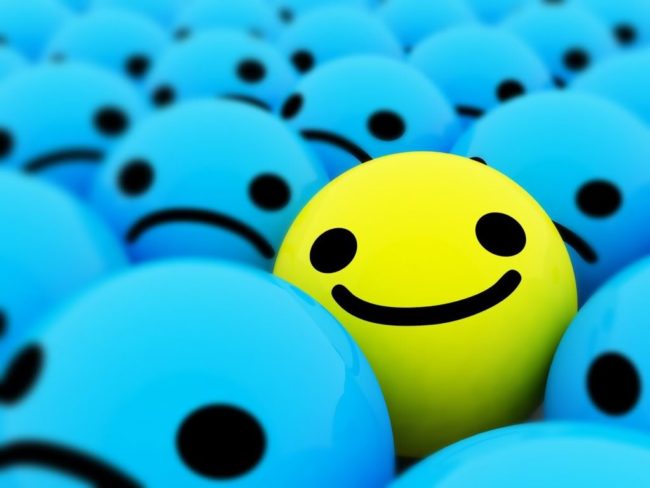 You might have seen various media stories about Norway being “officially” recognised as the happiest nation on the planet and had not really given it too much thought. For example the Washington Post and CNN and also the BBC. Apparently this all came on what was meant to be the International day of happiness, 20th March.

Personally for me, this all leads to a ton of questions. For example …

OK, let’s take this a step at a time.

What exactly is the “Day of Happiness”?

The International Day of Happiness (“Happiness Day”) was founded by United Nations adviser Jayme Illien on June 28, 2012. All 193 member states of the United Nations General Assembly unanimously adopted UN resolution 66/281. Well yes, when faced with a resolution that asks you to vote for or against happiness, then who exactly would vote “No way, this is not for us“.

OK, so why specifically 20th March?

I can’t find any reason for that specific date, expect to perhaps speculate that it was selected because it is the spring equinox in the northern hemisphere and so it marks the day when the long dark winter is over.

The UN’s official website for all of this is here.

In recent decades we appears to have a constant stream of days for specific things. Sometimes somebody just declares it to the the day of whatever and it then gains traction (or not), and sometimes some official body such as the UN adopts an official resolution to mark some day. We have perhaps always done stuff like this, for example religious feast days, or days to mark key events in history.

We might roll our eyes a bit at the concept of a “Day of happiness”, but be honest now, it is a heck of an improvement over celebrating a day on which rather a lot of people were slaughtered on some battlefield for some cause that nobody actually remembers, or the gory death of some “saint” who was slaughtered because he or she was delusional and convinced that god was taking to them. So yes, a day of happiness … that’s an distinct improvement.

How do you measure happiness?

So how did they specifically reach the conclusion the Norway is the happiest nation on the planet?

The official report is long, very long, very very very long, and does discuss it all in great detail. If you do have trouble sleeping at night then I can highly recommend it. By the time you get to about page 178 you will be fast asleep (but happy).

In recognition that many do ask this obvious question, most of the media stories do a relatively good job of distilling it all down into bite sized chunks. For example, The Washington Post explains …

The World Happiness Report rankings are based on data from the Gallup World Poll, which uses a simple measure called the “Cantril ladder.” People are asked to envision a ladder, with their “best possible life” being a 10 on the top rung, and the worst possible life being a 0. Where does their life fall on that ladder?

Six key variables are then used to explain those happiness scores, according to the report: “income, healthy life expectancy, having someone to count on in times of trouble, generosity, freedom and trust, with the latter measured by the absence of corruption in business and government.”

All the countries in the top 10 scored highly in those six areas, with Norway as the leading example of how those factors contribute to the happiness of their residents.

“It is sometimes said that Norway achieves and maintains its high happiness not because of its oil wealth, but in spite of it,” the report states. “By choosing to produce its oil slowly, and investing the proceeds for the future rather than spending them in the present, Norway has insulated itself from the boom and bust cycle of many other resource-rich economies. To do this successfully requires high levels of mutual trust, shared purpose, generosity and good governance, all factors that help to keep Norway and other top countries where they are in the happiness rankings.”

Who are the authors of the Happiness report?

It is all basically being driven by the UN.

The annual report itself has been written by various subject matter experts engaged by the Sustainable Development Solutions Network (SDSN). SDSN was in turn were commissioned by UN Secretary-General Ban Ki-moon in 2012 to mobilize scientific and technical expertise from academia, civil society, and the private sector to support practical problem solving for sustainable development at local, national, and global scales.

The report itself is structured and authored as follows …

It is section 2 that contains the specific ranking that places Norway at the top.

Who are the Top and Bottom 20 Happiest nations?

There really are no huge surprises here, except to perhaps note that the US is not at the top. That is perhaps a surprise to some in the US, but not to others outside the US.

First a key for their measurements …

Here, directly lifted from the report are the top 20 …

… and here are the bottom 20. You might anticipate that nations such as Syria and Yemen would rank bottom, but there are apparently other places where their citizens look upon Yemen and Syria with envy. I shudder to even think why.

Where can I find the Full report?

There they also have an overview and a FAQ.

Finally … how can you personally lead a happy life?

What makes a good life? Lessons from the longest study on happiness | Robert Waldinger.

What keeps us happy and healthy as we go through life? If you think it’s fame and money, you’re not alone – but, according to psychiatrist Robert Waldinger, you’re mistaken. As the director of 75-year-old study on adult development, Waldinger has unprecedented access to data on true happiness and satisfaction. In this talk, he shares three important lessons learned from the study as well as some practical, old-as-the-hills wisdom on how to build a fulfilling, long life.