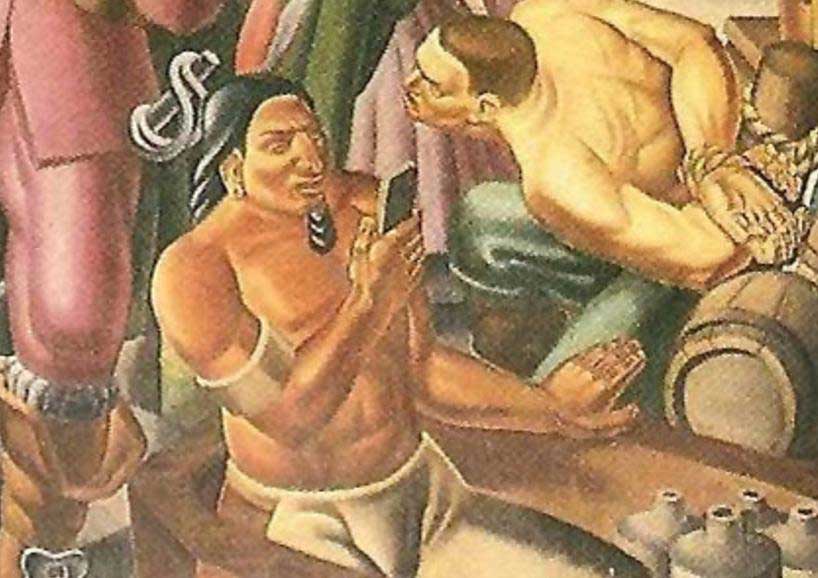 Today’s posting is a bit of fun. While some do take the following observations at face value as credible evidence that time travellers have turned up in the past, most people don’t. There is however a more serious point at the end as well.

The essence of this posting is this. People have been spotting iPhones in places where they simply should not be, and yet there they are.

What is going on, how is this actually possible?

Let’s take a look at a few examples.

In the above you have a Waldmüller painting that a gallery dates to about 1860. It appears to depict a young girl mesmerised by her iPhone.

So is that really an iPhone and is she really surfing tinder?

Let’s zoon in for a closer look, and yes, there is even a glow from the screen … 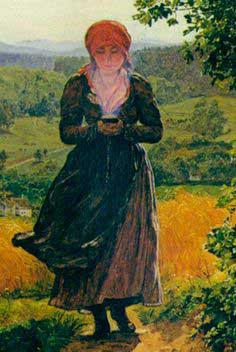 Yep, it definitely is an iPhone… right?

Some are convinced it is …

Just like her on the dating app in Walmüller's Die Erwartete (c. 1850): pic.twitter.com/Lakl0vCkri

… except of course it’s not.

Within this painting entitled “The Expected One”, what you actually have is a girl going off to church piously holding a prayer book, and not an iPhone.

Most people looking at the picture prior to the emergence of smartphones would have immediately identified it correctly. 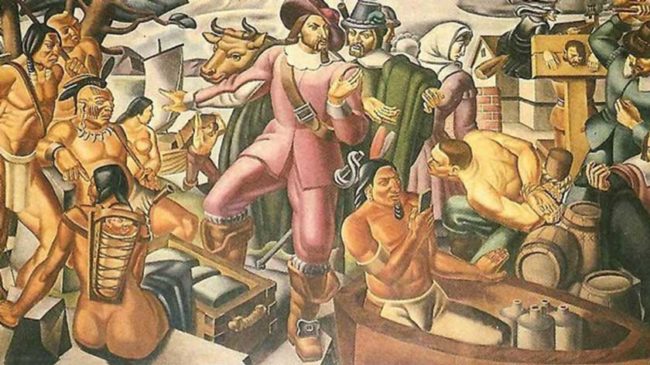 OK, so this guy is definitely amazed by the iPhone in his hand …. right?

This is one part of the multi-part, New Deal-era mural that is titled “Mr. Pynchon and the Settling of Springfield,” and was completed in 1937 by Italian semi-abstract painter Umberto Romano. He was inspired by actual events – a pre-Revolutionary War encounter between members of two prominent New England tribes, the Pocumtuc and Nipmuc, and English settlers at the village of Agawam in present-day Massachusetts in the 1630s.

So was Umberto a closet time traveller who left a clue for us?

Let’s zoom in for a closer look … 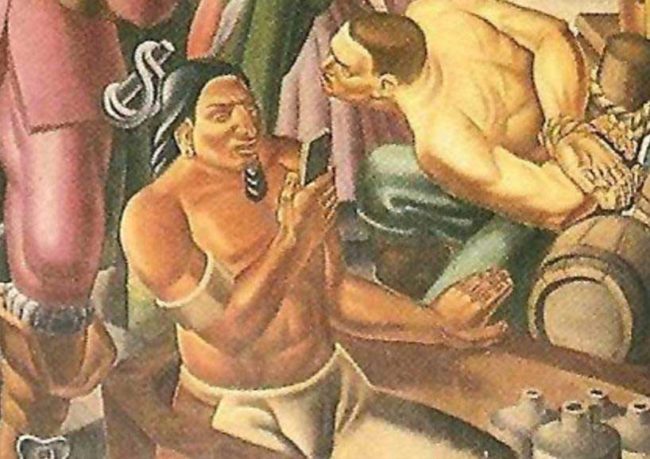 Oh yes, that just must be an iPhone, you can even see the bezel.

… except of course once again it is not.

So if that is not an iPhone, there what else could it be? 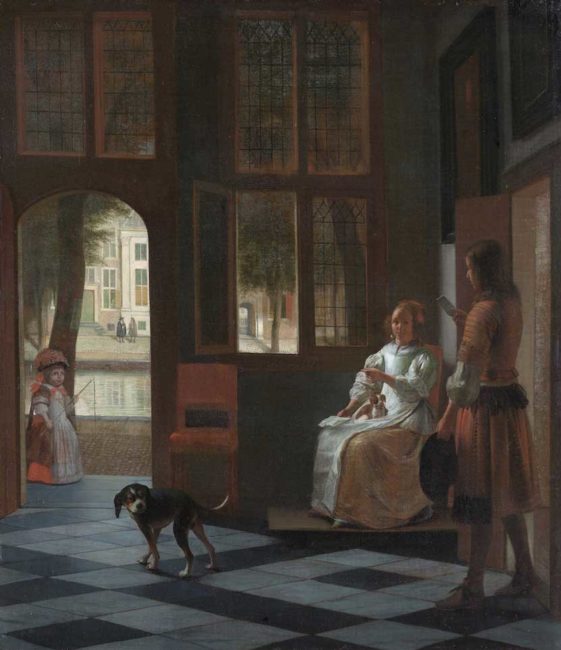 This 1670 painting by Pieter de Hooch clearly shows an iPhone.

Let’s zoom in once again and also tweak things to handle the visibility. 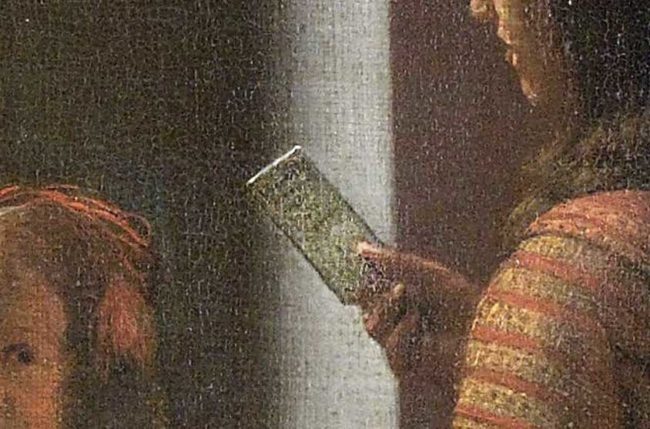 Yes, that just has to be an iPhone … right?

OK, so by now you can see where this is going to go. Stop reading for a second and consider what it might be before you read the reveal in the next paragraph.

The title for that painting gives you an ever so subtle clue regarding what is actually going down here. If you check out the gallery website, then you will discover that the title is “Man Handing a Letter to a Woman in the Entrance Hall of a House”.

Key Point – pareidolia of the mind

We are in many ways products of the age we live in. Our brains are amazing pattern seeking engines that are cued to see the things we expect to see around us. When we see these images we see iPhones and not what they were originally composed to represent.

While it is not evidence for time travel, it is clear evidence that we should always doubt our own subjective interpretation of the things we see and experience.

When faced with an amazing claim (ghosts, gods, ESP, aliens, bigfoot, etc…)  then you need to step back and appreciate that what you are being presented with is a wholly subjective sincerely held interpretation and not an objective truth.  We interpret things in the context of our cultural expectations, we all do this.

Doubt when faced with extraordinary claims is your friend and not an enemy.