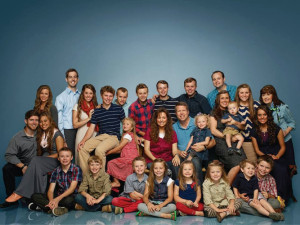 OK, for those that do not know, let’s ask this – “What the heck is Quiverfull?”.

Well, basically it is a specific religious fundamentalist belief that women should be churning out as many babies as possible because that is what they believe god wants, so birth control or any kind of family planning is very much off the agenda. Oh and least you wonder, those who end up with no kids are not shunned, but instead this is deemed to be part of god’s plan for them and so they should not attempt to change this via an infertility treatment.

Vyckie Garrison used to be deeply immersed within Quiverfull, but successfully broke away and as a result founded No Longer Quivering – link here. There is a fascinating writeup within Christian Today about her story inside and also how she escaped. While reading that, a few things leap out.

Men are in charge and women are expected to submit

“These families are just contorting themselves in their relationships to try and fit something,” she said. It did not matter if the man was not a natural leader type, or had no desire to dominate his wife.

Even capable, professional women in the movement had to step back, be subservient and let their husband do the leading.

Mainstream churches are not for them

At one point she even decided her fundamentalist Baptist church was too liberal and “wishy-washy” so left that church and founded a home church with like-minded families who all home-schooled their children. They called it a “biblical” church. “We were the true Christians,”

The kids are kept under strict control and are completely isolated

“After a while I started to notice my kids were not thriving in that environment,” she explained. They were not allowed to mix with public school children, and were told from birth that this was their life and that God had a plan for them. “When I saw how unhappy my children were, my brain was scrambling, it just did not compute.”

The good news here is that she escaped and managed to break free from it all, and that was very much like stepping out of darkness and into the light…

Now that I didn’t believe in the Bible it was like, ‘goodbye’,” and put her children into the public school system. Then she said she started to feel happy, and started to see her children come alive. “They had an opportunity to explore who they are, not what God wanted for their lives but who they wanted to be.”

Why all the attention on NLQ now?

Basically one name sums it up … Josh Dugger. If you don’t know what that is about and what went down, then trust me you don’t want to know, and if you do know, well I’m not going to replay it all yet again, because I suspect to some degree we are all Duggered out by now and have no great desire to wallow in that moral cesspool any longer (side note: the use of the word cesspool there is not a slur, but rather a factual statement and relates to both his abhorrent actions, the actions of all who turned a blind eye and covered it up, and those today who defend and excuse him).

People like Vyckie Garrison do make bad choices and mistakes, but as long as we are still breathing there is scope to fix that and to learn from it all. She was once trapped, but is now free and so demonstrates that even the most committed fundamentalist can change their mind and break away. It does very much strike me that the direction things are rolling in for various strands of the prevailing religious right philosophy within the US is that it is almost mandatory that you become a fascist and deeply entrenched in misogyney before you can be considered to be a “true” christian.

Many might indeed find themselves trapped, and yet the thought of being trapped is simply an illusion because you can get help, get away, and move on to a newer better life free from the mind-numbing excessive degree of control and emotional abuse.

It is also perhaps understandable and quite natural for strands of belief to emerge that motivate the believers to churn out as many babies as possible and thus turn women into subservient baby producing chattel. The beliefs that thrive often do so because they impart a distinct survival advantage to those that embrace them, and one specific survival attribute is to just outbreed competing ideas and beliefs. One need look no further than Catholicism  to appreciate that this is true.

Do you Feel Trapped and need help?

There is an NLQ (No Longer Quivering) support group …

NLQ Support is a “closed” and “private” group associated with No Longer Quivering – a gathering place for those escaping and healing from spiritual abuse.

We offer personal, non-judgmental support along the journey of recovery. The group is a safe place to discuss and process our experiences with high-control, high-demand religious groups.

As former Quiverfull believers, we understand your struggles and we will provide support and encouragement as you transition to a healthier spirituality and lifestyle.

To join the NLQ Support Group, send a friend request to Vyckie: http://www.facebook.com/vyckieg along with a note requesting to be added to our group.

There is also an NLQ Welcome page that you might also find is a good place to start, it contains a FAQ and more.