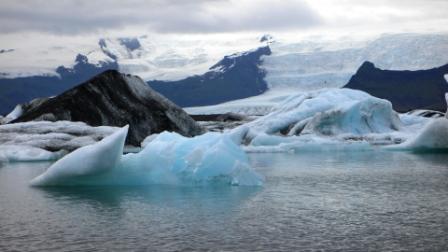 Not everybody is on board with the idea that climate change is real and that human activity is the root cause, and so beyond the prevailing consensus that exists within the scientific community there are a few individuals who take a different stance. What arguments do they present and what inspires them to go in a different direction?

These are the best arguments from the 3% of climate scientist ‘skeptics.’ Really.

A few months ago, the world’s largest private sector coal company went to court, made its best scientific case against the 97% expert consensus, and lost. One of coal’s expert witnesses was University of Alabama at Huntsville climate scientist Roy Spencer

OK, before we dive in, you might be wondering who Roy Spencer is. He is a real scientist, or to be more specific, a meteorologist. He is also moderately well-known within the Climate science community as a chap opposed to the idea that humans are the root cause of the climate changes we now observe and instead proposes that it is just natural variability. Given his background, he should in theory be a credible source, and should also be able to provide, not just arguments to backup his stance, but actual data that verifies it.

Let’s dip into it all then.

First point, he can at times be a tad antagonistic …

a controversial figure who once compared those with whom he disagreed to Nazis, and has expressed his love for Fox News.

… well yes, sometimes people can be like that, but it need not imply that they are actually wrong.

Last week, Spencer wrote a white paper for the Texas Public Policy Institute (TPPI) outlining the contrarian case against climate concerns. TPPI is part of the web of denial, having received substantial funding from both the tobacco and fossil fuel industries, including $65,000 from ExxonMobil and at least $911,499 from Koch-related foundations since 1998, and over $3 million from “dark money” anonymizers Donors Trust and Donors Capital Fund.

Who paid should never be an issue, because in science it is just the data that matters. Mr Nuccitelli does cover that …

Spencer’s arguments should of course be evaluated on their own merits, regardless of who commissioned them. However, it turns out that they have little merit on which to stand. The white paper is a classic example of a Gish Gallop – producing such a large volume of nonsense arguments that refuting all of them is too time-consuming. NASA Goddard director Gavin Schmidt rightly described Spencer’s paper as:

The problem is that the arguments Mt Spencer presented have all already been robustly examined by the community and rejected. In fact there is now quite an extensive collection of these whack-o-mole arguments that keep popping up again and again listed on skepticalscience.com

You can find that list here along with the data driven rebuttals for each one.

Mr Nuccitelli, very helpfully took a hit for the team and lists out all of Mr Spencer’s arguments along with pointers to the rebuttals …

2) ‘Climate has changed before’ is addressed in Myth #2, and climate scientist Michael Mann recently rebutted the myth that climate researchers ignore natural factors. Spencer’s misleading claims about temperatures of the past 2,000 years based on a paper by Henrik Ljungqvist are refuted in Myth #168. Claims of hotter periods during that time than today are tackled in Myth #56, and implications that the planet is magically warming because it used to be colder during the Little Ice Age in Myth #32. Finally, the rebuttal to Myth #136 explains why we can’t just blame global warming on natural cycles.

3) The reliability of global temperature measurements is explained in Myth #6.

4) Models used by the IPCC have accurately predicted global warming, as explained in the rebuttals to and Myth #229, as well as an important paper published last year.

5) The net negative consequences of rapid global warming are outlined in the rebuttal to Myth #12.

6) The warming over the past 18 years is discussed in the rebuttal to Myth #7, and is clear from the record hot temperatures of the past 3 years.

7) The accuracy of climate models is covered under Myth #5 and in my book.

8) The sensitivity of the climate to the increasing greenhouse effect is addressed in Myth #30, and the role of clouds in Myth #143.

10) Claims of ‘slow’ ocean warming are refuted by the fact that it’s accumulating heat at a rate equivalent to 4 atomic bomb detonations per second, consistent with climate model predictions.

11) Spencer downplays the importance of our repeated breaking of temperature records, but we wouldn’t be breaking them without global warming.

13) Spencer ends his paper with the claim that the 97% of climate research that’s consistent with the expert consensus is all politically biased. This is ironic given that Spencer has previously said:


I view my job a little like a legislator, supported by the taxpayer, to protect the interests of the taxpayer and to minimize the role of government.

You do have to wonder what is going on here. Clearly there is nothing of any real substance within Mr Spencer’s arguments that has not already been addressed, so why would he repeat them?

Clearly money plays a part. As previously highlighted, the TPPI (Texas Public Policy Institute) has received substantial funding from both the tobacco and fossil fuel industries, but that is perhaps only part of it all and is the enabler, because Mr Spencer is quite sincere in his stance even despite a lack of any real evidence.

So what makes him tick?

This is the bit that Mr Nuccitelli does not cover within his article, because that just does a rebuttal of the arguments without explaining why.

Basically Mr Spencer is at heart a deeply religious man. To demonstrate how this influences his Climate Change thinking you should know that he has signed the Cornwall Alliance declaration on climate change,  and not just as a random bystander, he is on their board of advisers. When it comes to climate change, the stance they take is essentially not evidence or reason based, but is instead this specific openly declared religious belief …

We believe Earth and its ecosystems – created by God’s intelligent design and infinite power and sustained by His faithful providence – are robust, resilient, self-regulating, and self-correcting, admirably suited for human flourishing, and displaying His glory. Earth’s climate system is no exception. Recent global warming is one of many natural cycles of warming and cooling in geologic history.

We deny that Earth and its ecosystems are the fragile and unstable products of chance, and particularly that Earth’s climate system is vulnerable to dangerous alteration because of minuscule changes in atmospheric chemistry. Recent warming was neither abnormally large nor abnormally rapid. There is no convincing scientific evidence that human contribution to greenhouse gases is causing dangerous global warming

In other words, the driver for this stream of misinformation is his personally held religious belief, so he starts with a belief-driven conclusion, and then proceeds to work backwards looking for anything that supports that conclusion. To be quite blunt that is the complete reverse of normal scientific methodology. A word that perhaps best encapsulates such an approach is anti-science.

Facts play no part, and so when presented with clear evidence that refutes his stance, it is dismissed because his position is not just a hypothesis that is clearly wrong, instead it is part of a religious belief that defines his life. He is deeply emotionally committed to this. It is that emotional investment that prevents him from doing anything except maintaining this stance.

It should perhaps not be a surprise for you to also learn that Mr Spencer also thinks that evolution is a myth, and so it is not just the prevailing climate science he rejects, it is also more or lass all of the underpinnings of modern biology as well.

(If you have not yet done so, then perhaps here is the best place to face-palm).

One last observation, his paper is as good as it gets, and is the very best that climate change denial has to offer. As highlighted within the tweet above from NASA Goddard director Gavin Schmidt, seeing such nonsense touted as “truth” is indeed sad.