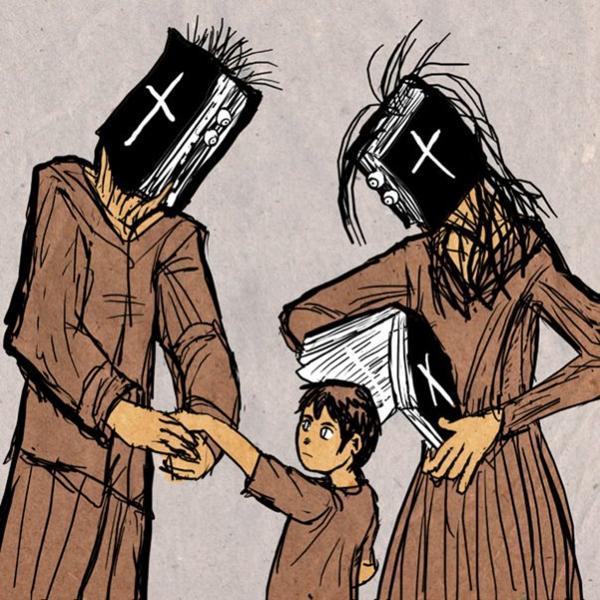 This opens up an interesting question – are they born that way, or do they simply inherit this modality?

It is a rather fundamental Nurture vs Nature debate.

Where does the idea that thinking more analytically decreases religious belief come from?

Various papers have demonstrated this, for example see this paper from 2012:

There is a new paper, not by the same authors as the one above, that has been published this month. It takes us a little bit further down the road of understanding the snare to the Nurture vs Nature question …

According to the Intuitive Belief Hypothesis, supernatural belief relies heavily on intuitive thinking—and decreases when analytic thinking is engaged. After pointing out various limitations in prior attempts to support this Intuitive Belief Hypothesis, we test it across three new studies using a variety of paradigms, ranging from a pilgrimage field study to a neurostimulation experiment. In all three studies, we found no relationship between intuitive or analytical thinking and supernatural belief. We conclude that it is premature to explain belief in gods as ‘intuitive’, and that other factors, such as socio-cultural upbringing, are likely to play a greater role in the emergence and maintenance of supernatural belief than cognitive style.

Does the second nullify the first?

Neither paper actually establishes that X is the root explanation for religious belief, and while both are of course interesting, I don’t find them to be mutually exclusive.

The first does provide empirical evidence – if you start thinking more analytically about what you believe then that will impact the degree of confidence you have in that belief. The authors of the first do also add some very important disclaimers at the end of their study …

…it is important to examine the generalizability of our findings

…these results illuminate, through empirical research, one cognitive stage on which such debates are played

The second is new, so let’s take a closer look at that one.

It starts with this …

What drives our belief in gods — intuition or reason; heart or head? There is a long debate in philosophy about the supposed irrationality or rationality of supernatural beliefs1,2 and, for over a century, sociologists have predicted the triumph of rationality and the disappearance of religion3. It has taken longer for psychologists to add to this discussion, but the last 20 years have seen some advances. The cognitive psychological literature advocates a direct link between intuitive thinking and belief in gods, by explaining that such beliefs are innate, pre-conscious, an experiential form of information processing, and the outcome of a hyperactive device of agency seeking

“OK, let’s test this?” – is a great way to move things forward

So here is what they did.

What did they actually do?

We used a probability bead game which allows for both analytical and intuitive responses. Participants were asked to draw a color bead from two containers, which had different quantities of colored and transparent beads. After the task, participants rated supernatural identification of religiosity and spirituality (‘How religious/spiritual do you consider yourself to be?’). Moreover, they reported the number of days they had been on pilgrimage. If the Intuitive Belief hypothesis is true, we expected that the length of time spent on pilgrimage would make participants more engaged with supernatural ideas, and thus increase intuitive thinking. Secondly, we expected pilgrims who identified more strongly as religious or spiritual to have higher intuitive thinking scores in the probability task.

Well yes, but I have questions …

What was this second study all about?

They basically flipped the coin over and attempted to decrease the analytical thinking to see if that led to a strengthening of supernatural beliefs.

It’s interesting, but again, I’m not wholly convinced here. A negative result does not wholly establish that no such association exists, but instead that what they did did not find any.

we used brain stimulation to facilitate the rIFG [right Inferior Frontal Gyrus] in order to increase cognitive inhibition and measured whether this decreases supernatural beliefs.

it had no effect on supernatural beliefs or attributions

So this study wraps up as follows …

Our studies here suggest that it is probably about time psychologists reconsider their understanding of belief as ‘natural’ or ‘intuitive’, and instead focus on cultural and social learning factors that give rise to supernatural ideas. Religious belief may be rooted in our society and culture (a sociocultural ‘meme’), rather than in some primitive gut intuition.

Thinking more analytically will lead to a lower degree of confidence in a belief. We get that from the first study, and others who have done similar work.

However, are humans born to be religious or non-religious? … or to put that another way, when you are born, are you born with a specific natural leaning to think less analytically and more intuitively, hence you are born to be more prone to being religious?

The second study tends to suggest that the answer is that we are not born religious … but, I’m not wholly convinced (yet) that it does establish that.

It is an interesting study of course, and is another data point in the ongoing conversation, but is not a robust conclusion (or at least is not one that persuades me, but I may of course be permitting my own personal bias lead me that way).

In the end what is clear is that there is still a great deal to learn and that it is all very complicated, there is (so far) no simple one-size-fits-all easy explanation.

Do not misunderstand me. The study and the work is valuable, it helps to provoke debate and by doing so, advances the conversation.