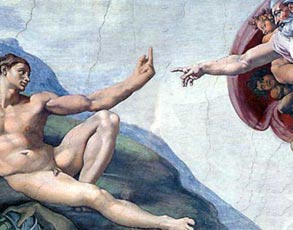 First, lets clear up a bit of confusion, since 2003, the Atheist Alliance International has awarded a prize during its annual conference honouring an outstanding atheist whose work has done the most to raise public awareness of atheism during that year; it is known as the Richard Dawkins Award, in honour of Dawkins’s own efforts, it is not an award personally picked and given by Richard Dawkins, but rather is an award named in honour of him.

It is wholly appropriate, for in the eyes of the religious, simply mentioning his name these days causes some to start rolling on the floor frothing and foaming at the mouth … well OK, that’s a slight exaggeration (only a slight one), what does happen in reality is that his name is prefixed with words such as “strident” or “fundamentalist”. The deployment of such terms with his name is indeed rather odd; “strident” as in pointing out rather inconvenient and totally embarrassing facts about beliefs, and “fundamentalist” because he writes books and gives lectures (oh the horror … shudders).

OK, so who or what is Atheist Alliance International?

AAI is a global federation of atheist organisations and individuals that are committed to educating the public about atheism, secularism and related issues. It was founded in 1991 with a vision of “a secular world where public policy, scientific inquiry and education are not influenced by religious beliefs, but based upon sound reasoning, rationality and evidence.“. The current President of AAI is Carlos A. Diaz from Buenos Aires, Argentina.

As for the Award, who wins this?

It has been presented to notable individuals in recognition of their work in promoting atheism and freethought around the world. Previous recipients include James Randi, Ann Druyan, Penn & Teller, Julia Sweeney, Daniel Dennett, Ayaan Hirsi Ali, Bill Maher, Susan Jacoby, Christopher Hitchens, and Eugenie Scott. Hopefully those are names you recognise.

And the winner this year is …

Ah yes, well deserved, he has been named Humanist of the Year, Prospect magazine’s “The World’s Top 100 Public Intellectuals,” Foreign Policy’s “100 Global Thinkers,” and Time magazine’s “The 100 Most Influential People in the World Today.”

Yes, but I still don’t really know anything about him?

Better Angels of Our Nature: Why violence has declined (Amazon UK or Amazon US)

Here he has written a well-reasoned testament to the power of humanism, so if you think the world is getting worse with each passing day, then think again, because the complete opposite is happening.