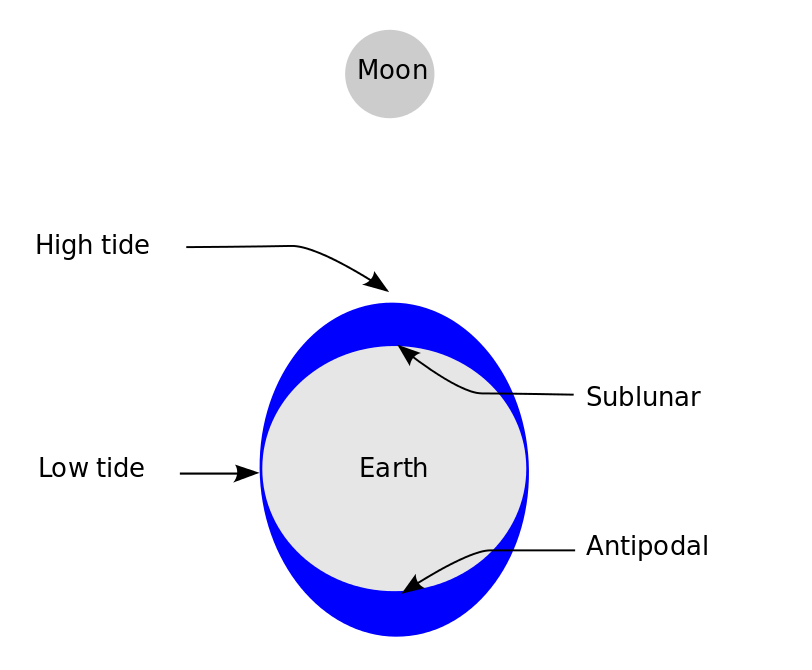 Within the UK there is a political party known as UKIP (or UK Independence Party). It has developed a bit of a reputation over the years as a bastion of some rather odd ideas and so this is all about the latest example of such weirdness. A previous and rather famous example was David Silvester, a Ukip councillor for Henley-on-Thames, who became rather famous when  he blamed storms and floods on the legalisation of gay marriage (No really, he did).

So this latest example, which is clearly coming from the intellectual arm of UKIP, concerns their one and only MP, Douglas Cardwell. One honest mistake is understandable, we will all at one time or another goof, and so what makes this quite entertaining is that he has stuck to his opinion and got himself into an online twitter tiff about what causes tides with a university head and tried to school him.

Side note: It has not been his first gaff.  Another recent gem emerged when he declared at his party’s conference last weekend that he backed their new leader Diane James “110 per cent”. 100% I get, but I really would be curious to understand how, apart from perhaps cloning himself, he can actually support her 110%.

For most of us this will not be a deep mystery. Tides are primarily caused by the gravitational pull of the moon orbiting the earth, but of course you knew this. The Sun also has an effect, but is not the primary one. Yes, the Sun is indeed a lot bigger than the moon, but it is also a lot further away. The moon plays the main role due to its proximity to the earth, and that enables it to have a higher gravitational gradient.

Let’s use a bit of maths to illustrate it.

What happened perhaps has echoes a comment made by of one of Mr Cardwell’s fellow Brexiteers (he is very very passionate about the UK leaving the EU … the hint is in the party name). During the BREXIT campaign Michael Gove famously declared that “people in this country have had enough of experts” when challenged about his refusal to name any economists who backed leaving the EU.

OK, so here is what happened.

This recent spat all started when Professor Paul Nightingale, the deputy director of the SPRU, tweeted about the pull of the moon causing tides. He was using this as a metaphor and was really making a political point about UK trade and BREXIT  …

"Jupiter is big but the moon moves tides"

Instead of actually addressing the point being made about UK trade, Mr Cardwell decided to leap in and correct him on the topic …

@DuncanWeldon actually it's the gravitational pull of the sun. The moon's gravity does Spring / neap tides

… and so the rather bizarre dialog proceeds …

Well, since we are on the topic, then I’ll toss in a few thoughts on it.

Yes, the UK did vote to leave the EU, and no, the UK has not actually left the EU. It is becoming increasingly clear that the leave campaign does not actually have a clue on how to actually execute it, and neither does Mrs May the current Prime Minister. On the surface it might sound easy, but not too far under the surface lurks a degree of both legal and practical complexity that simply boggles the mind (I’ll skip such details for now).

“We voted leave to get control back and gain complete sovereignty” was, and perhaps still is, the mantra of the leavers. So what have we now got?

How exactly is any of that “getting back control”?

Meanwhile we now have the discovery that the only UKIP member in parliament has a slightly elusive grasp of reality, but then this is perhaps not a huge surprise for those of us familiar with UK politics and UKIP. Simply mentioning the term