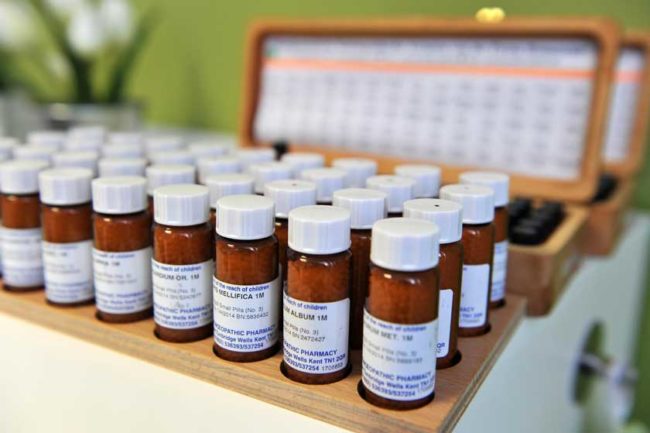 The news is that the UK’s publicly funded National Health Service has blacklisted Homeopathy and also Herbal remedies.

Now, you might be tempted to think that they have finally decided to pay attention to the evidence that clearly demonstrates that it simply does not work at all … right?

Nope, that is not the driving force at all.

It is of course good sensible news, but something else is in play. The UK’s NHS is coming under considerable financial strain due to the Tory’s insistence on not funding it sufficiently. In a climate where every penny counts, blacklisting popular but ineffective treatments makes a lot of sense …

The NHS England board began a consultation on 18 treatments of low effectiveness in July and concluded its findings today saying blacklisting these treatments and restricting 11 will save up to £141m a year.

…The treatments proposed for blacklisting are:

Recommendations on the other treatments mean they should not be routinely prescribed, but NHS England national medical director Professor Sir Bruce Keogh said that the recommendations are “not a ban, as in medicine it is dangerous to say never”.

But it will mean treatments should only be prescribed free where they meet stated exemptions, such as for individuals with a learning difficulty or dementia who cannot purchase medications over the counter, or where over the counter products have been unsuccessful.

But some people want this magic for free

There are of course people who will insist that despite all the clinical evidence that it really does work, their anecdotal story about it being effective trumps actual evidence and so Homeopathy and Herbal Remedies should be available for free on the NHS.

None of this has been a surprise move. NHS England ran a consultation that invited members of the public and homeopathic bodies to comment on the proposed blacklisting of Homeopathy Remedies. That was their golden opportunity to lay out a good robust case that detailed clear evidence that it really did work and was truly effective, hence the proposed blacklisting was inappropriate. They were unable to do so, and that has been the case here for quite some time. After carefully reviewing the evidence presented NHS England concluded that there was “not a clear or robust evidence base for homeopathy”.

That however was not exactly a shock or unexpected stance, because this is a topic that has been extensively reviewed again and again very carefully. The NHS website has made their position on Homeopathy very clear for quite some time now …

Homeopathy is a “treatment” based on the use of highly diluted substances, which practitioners claim can cause the body to heal itself.

A 2010 House of Commons Science and Technology Committee report on homeopathy said that homeopathic remedies perform no better than placebos, and that the principles on which homeopathy is based are “scientifically implausible”. This is also the view of the Chief Medical Officer, Professor Dame Sally Davies.

People who truly believe will no longer get “magic” on prescription for free from the NHS, and so instead they will need to pay a few pounds to go and buy it themselves. For most who want to continue using it, this is not a big deal at all.

This however is a big deal for the NHS. The costs for homeopathy alone has been researched by The Good Thinking Society. They  estimated that £4.7m was spent by the NHS on homeopathic treatments in 2016/17, with £2.9m spent within the London area. By blacklisting it along with other low impact easily available over the counter treatments, this latest rather sensible move will save the NHS about £190 Million each year.

Personally, when seeking medical treatment, I do much prefer to be given stuff that has actually been proven to work, but hey what do I know. I guess I’m a bit biased in that regard.

Background: What is the evidence for Homeopathy?

The short answer is – None, it does not actually work at all.

The slightly longer answer is this.

Professor Edzard Ernst wrote a nice summary article within the Spectator that outlines some of the key Cochrane reviews that have documented all the various studies.

(Side Note: In the medial arena, a Cochrane review is the gold standard)

Here is what we discover about Homeopathy …

Wait a tic, what was that observations from Number 5 above that reads “this review found preliminary data in support of the efficacy of topical calendula for prophylaxis of acute dermatitis during radiotherapy and Traumeel S mouthwash in the treatment of chemotherapy-induced stomatitis”. That warrants a slightly closer look. There they looked at a total of eight trials …

So the clinical evidence is this – Homeopathy does not work.

And so the latest news is this – you will no longer be getting a free prescription via the NHS for Homeopathy, so you now need to pay a few pounds if you really do want stuff that does not actually work.

Gasp! … what a revolutionary idea, except of course it is being driven by the government inspired financial famine, so the real news is this. NHS England can no longed afford to give out popular treatments that some demand but don’t actually work.