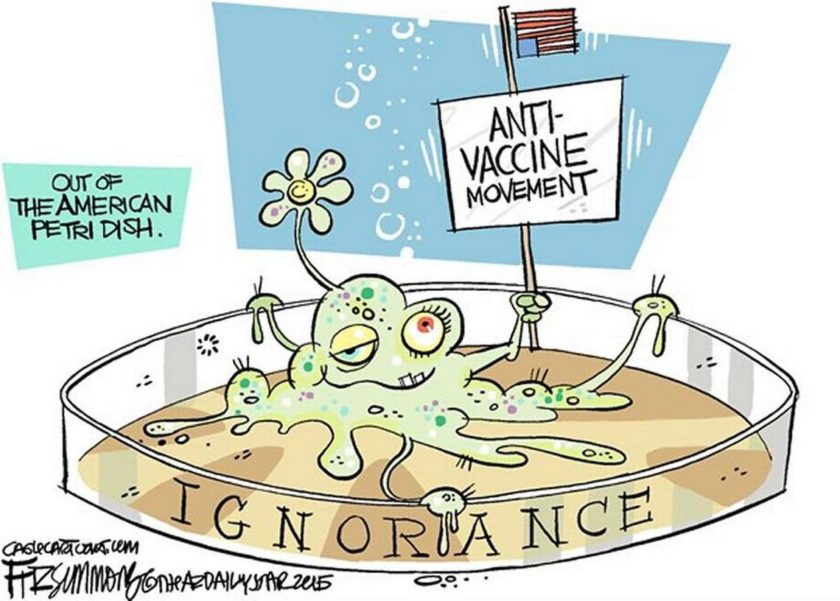 Vaccines are perhaps one of the greatest most successful medical interventions ever deployed. Diseases such as Polio and smallpox that were once common and ravaged the human population are gone. Yet despite this progress there exists an anti-vaccine movement that threatens to rollback such success stories. Unfounded fears, fraud, and rather blatant lies rest firmly at the heart of anti-vaccine claims. I’ve written on this topic a few times, and so today I once again return to it with a two separate updates.

The Washington Post has an interesting expose concerning Hedge fund manager and philanthropist Bernard Selz and his wife, Lisa and also others involved in the anti-vaccine movement. There they write on 19th June 2019 …

How the Selzes came to support anti-vaccine ideas is unknown, but their financial impact has been enormous. Their money has gone to a handful of determined individuals who have played an outsize role in spreading doubt and misinformation about vaccines and the diseases they prevent. The groups’ false claims linking vaccines to autism and other ailments, while downplaying the risks of measles, have led growing numbers of parents to shun the shots. As a result, health officials have said, the potentially deadly disease has surged to at least 1,044 cases this year, the highest number in nearly three decades.

The Selzes and the groups they support are hardly the only purveyors of anti-vaccine ideas. Environmental attorney Robert F. Kennedy Jr., a nephew of the late president, runs the Children’s Health Defense, a charity that promotes a similar agenda; it brought in $727,000 in 2017, according to tax filings. Barbara Loe Fisher, who says her son was injured by vaccines, runs a Virginia-based nonprofit that fights legislative efforts to tighten vaccine requirements. Her group, the National Vaccine Information Center, brings in about $1 million a year, according to its 2018 tax documents.

Discovering that they now have an outbreak of measles that consists of about 1,000 cases might not sound like a big deal and you might assume that the patients will all soon bounce back. Unfortunately, this is simply not true. The Centers for Disease Control and Prevention estimates that one to three children out of 1,000 infected with measles will die from complications.

The anti-vaccine movement has an associated body count that is a consequence of their ill-informed beliefs.

The World Health Organization has published a list of six common misconceptions concerning vaccines. The list was originally written by the Centers for Disease Control and Prevention in the United States primarily for use by practitioners giving vaccinations to children in their practices.

Below is a brief summary of their six items. The full complete text, can be found on the WHO website here.

Being armed with the facts matters. If you truly want to make an informed decision then understanding the best possible scientific information will go a long way towards that goal.