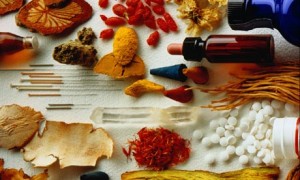 Edzard Ernst is an impressive chap, not only is he a prize-winning physician, but he is also the founder of two medical journals. And if that is not enough, he was also the first chair in complementary medicine at the University of Exeter and is also the co-author of “Trick or Treatment? Alternative Medicine on Trial”.

Why do I tell you all that? well basically because anything he has to say is backed be a huge wealth of experience. Oh yes, don’t let the “chair in complementary medicine” bit fool you, he is very much an evidence-based guy and does not in any way push woo.

Alternative medicine has been in the firing line for a very long time. By and large, the critics are healthcare professionals who argue that the therapeutic claims made for alternative treatments are neither evidence-based nor plausible.

In recent years, their arguments have been increasingly adopted by the legal profession and the battles over alternative medicine are increasingly fought in the courts.

He gives some good examples …

In the UK, Simon Singh famously won the libel case brought against him by the British Chiropractic Association. Ever since Simon was sued, many of my articles for medical journals have had to be scrutinised by libel lawyers before being published.

In the US, a patient has accused Stanislaw R Burzynski, a proponent of alternative cancer cures, of swindling her out of nearly $100,000 (£63,000) by using “false and misleading tactics”. The case is ongoing. Also in the US, a woman was awarded $7.4m (£4.7m) after suffering a stroke following the intake of a herbal supplement.

Most sensationally, perhaps, the world’s largest homeopathic manufacturer Boiron recently settled for CAD$12m (£7.4m) after a class action that was brought against it in Canada for selling homeopathic remedies under false pretences.

He then goes into a lot more detail, and no I don’t propose to repeat it all, just click here to read, I highly recommend it. The bottom line is this (my words) – if you tout bogus claims, then that’s fraud and that has legal implications.

As you might imagine, an article like this causes some rather “interesting” comments to appear. One example is a chap who writes this …

Whilst I generally agree with the points put forward in this article I think it is a bit brave of Ernst to speak of abiding by the rules when he essential lost his professorship for breaking the rules:

The Lancet editor Richard Horton criticised Ernst in a letter to The Times saying “Ernst seems to have broken every professional code of scientific behaviour by disclosing correspondence referring to a document that is in the process of being reviewed and revised prior to publication. This breach of confidence is to be deplored.”

I think its about time the Guardian found someone with a little bit more credibility to speak on these matters and stop giving Ernst a sense of professionalism he clearly does not deserve.

(This would be the right place to let your jaw drop).

He gets shot down, but then comes back with more … “For me Ernst needs putting in the trash can of bitter old scientists that tried to make a name for his ego rather than to peruse experiments”

Yep, we have an idiot … note that he personally attacks Prof Ernst and does not in any way address the article. What he writes is also complete bollocks … Prof Ernst replied  (at 2:13pm)…

Let me correct your allegations: I have not given up my professorship and am still in post. When I do retire I will be emeritus professor. During the last 19 years,we did ~ 35 clinical studies and I think it is difficult to do more. Horton’s criticism amounts to nothing; he did not know the facts and later took it back to avoid litigation presumably. And who is Horton anyway? Is he beyond fail? What about his involvement in the Wakefield affair?There was a proper and rather hostile official investigation which found me not guilty. What more can anyone want?
If you feel like reviewing my publications,please do so.Your comment is nothing but an ill-informed,shoddy and rather clumsy ad hominem attack. Try harder next time!

There is more of course … other nutters pop up, and are soon robustly shot to pieces … its, nice to see evidence-based reason prevail like this.

As the old saying goes … we have a special word used to describe alternative medicine that has been proven to work, and that word is “medicine”.