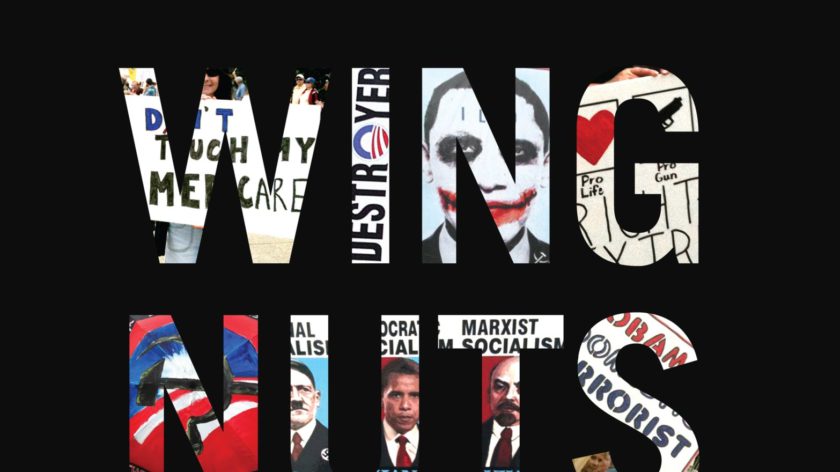 You might, or perhaps might not be aware, that I amuse myself by compiling a weekly posting titled “Wingnut Weekly”. The latest is via this link dated 5th January. I am partially motivated by my past. I was once an evangelical religious fundamentalist. What intrigues me about it all now is the promotion of very blatant fiction as “truth”.

My specific twist is the blend of religious fanaticism with right-wing politics. As an example, within my last posting I highlight gems such as these …

What is amazing is that there is no need for satire, mockery, or even exaggeration. Much of the rhetoric is so utterly bizarre that all you need to do is to simply quote what they actually say. Dip in and you find a world where scientific facts are rejected as fiction. Climate change is a myth, evolution is a lie, and yet many conspiracy claims are deemed to be “truth”.

It all comes packaged with a devotion that is deeply emotional and cult-like. Any who dare to question are deemed to be evil incarnate and obviously satanic. If you want to understand the modern world today then knowing what literally millions of people are lapping up as “truth” will grant you a better understanding of what is quite literally another universe full of “alternative facts“.

Who else watches the Right Wing?

Various others do. I’m nor surprised, it is quite frankly fascinating stuff.

This is a website sponsored by “People for the American Way“. They in turn are a liberal non-profit advocacy group that was founded in 1980 to challenge the Christian right agenda. They have had some notable successes. In 2018, Jared Holt, a Right Wing Watch researcher, was credited for getting conservative radio show host Alex Jones’s InfoWars program removed from multiple content distribution sites, including Apple, Inc, YouTube, Facebook, and Spotify.

They basically showcase video footage of groups and individuals who sincerely and passionately promote some truly bizarre and absurd claims.

This is a website and newsletter run by journalist Howard Polskin. Here he aggregates stories from right-wing media outlets on a daily basis to inform mainstream and liberal audiences. The site, which was launched in 2017, also tracks and analyzes traffic to conservative websites on a monthly basis.

Polskin explains that back in 2016 he woke up after the election feeling very dumb. He had missed something important. He felt that while the mainstream media was indeed giving him the facts, what he was not being exposed to was the worldview embraced by literally millions of people. He founded this website and newsletter to correct that. It has the tag line of “Top News Headlines from the Far Right for the Rest of Us.”.

“Because media is so bifurcated, I find it helpful to check in with the other media universe,” said one of the site’s regular readers, Daily Beast editor-at-large Molly Jong-Fast. “It’s weird how different the two worlds are.”

This is the Daily Beast newsletter from Will Sommer.

Will’s observation is this …

“They call this epistemic closure, this idea that conservative media was existing without being in dialogue with the rest of the media — which makes it very interesting,”

His newsletter is a weekly roundup of what’s going on in conservative media — both the ideas and the conspiracy theories, as well a lot of the personalities.

When asked why it is like this, Will explains it as follows …

I think some of it has to do with a decades-long assault by conservative media on what we would consider the mainstream media. And generally, an attack on independent institutions of truth and authority, including academia, scientists, that sort of thing.

I think you end up in a situation where people are just very closed off to anything that’s to the left of someone like Rush Limbaugh or Sean Hannity. If you’ve bought into this thing in the ’90s, let’s say, that Hillary Clinton was having all of these people offed — the Clinton death list — well than perhaps it’s not such a stretch that she’s running a pedophile ring.

You get moved down this path, and it’s very bizarre.

Why is the Right Wing so out of sync with reality?

It taps into a deep-seated emotional need many have for relevance. Many feel isolated and left behind by a changing world. The creation of a narrative that promotes a simplistic Narnia like story of dark nefarious forces in play and an army of light battling against them gives many people a club to belong to, a place that gives them an emotional anchor, and meaning. They perceive themselves as part of the army of light in battle against such darkness.

What perhaps might help you to grasp it is John Avlon’s book “Wingnuts”. You can find a brief summary of it here.

He highlights the observation that “heated exaggeration, suspiciousness, and conspiratorial fantasy” is not new. It has always been like this. Those willing to prey on fear and ignorance have always been with us.

Within each and every individual there is a personal battle between emotions and rationality. For some the emotions win, especially when the right buttons are pushed. For others, the ability to think about things analytically dominates and so reason prevails. The tide within all of us between emotional thinking and analytical thinking ebbs and flows. This plays out in the larger political arena.

“To be an educated person in America, you have to know what’s being said on the right.”

Indeed yes, if you wish to think about it all and understand why things are the way they are, then a good place to start is with an understanding of what is being said and why.

This however is also a very good read as well …

There is always the divisive drumbeat of ‘us against them’—the demagogue’s favorite formula. There is always an emotional appeal to an idealized past, targeted to people who feel besieged by cultural change, paired with the promise of a well-deserved return to power after years of resentment. And there is always the sale of special knowledge, pulling the curtain back on a monstrous conspiracy that will prove once and for all that your political opponents are not just misguided, but evil. The result is not only vindication, but also the self-serving sense that only you can save the republic.