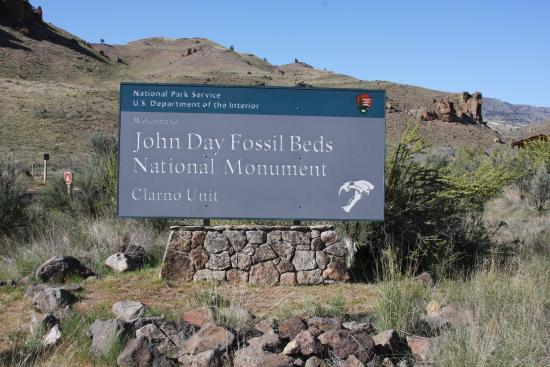 It was my privilege to visit the John Day Fossil Beds in east-central Oregon. As part of that visit, one specific question arose that has an answer that is simply hilarious.

Who is John Day?

My daughter’s immediate suggestion is that he was most probably some “privileged rich white guy” who made a large enough donation to get it all named after him.

The John Day Fossil Beds are so named because they reside within the John Day River basin of east-central Oregon.

Ah, so he was an early explorer who discovered the river, and that is why his name gets promoted … right?

The actual story of how the river was named after him is not what you might anticipate or expect at all.

The Story of John Day

John Day was born in Culpepper County, Virginia, in about 1770. In 1810, at the age of 40, he joined an overland expedition to establish a fur trading post at the mouth of the Columbia River. The party became divided and widely separated. Experiencing hardships, John Day’s group dwindled to two people.

He and Ramsey Crooks eventually reached the mouth of the Mah-hah River along the Columbia. There, an unknown group of Native Americans took everything they had, including their clothes. They were rescued and reached Astoria (Oregon) in 1812, where John Day settled nearby.

Due to this incident, people traveling along the Columbia River would point out the mouth of the river where John Day was robbed. By the 1850’s, the Mah-hah River was referred to and renamed the John Day River. John Day never found a fossil or even visited this area.

In essence, this poor guy gets robbed of everything and is left butt naked out in the wilderness. That fact led to people telling each other the story and pointing to the spot where it happened. Net effect, the river eventually becomes known as the “John Day” river.

Today we have the Fossil Beds National Monument which extends to well over 13,944 acres and contains one of the longest and most continuous records of evolutionary change and biotic relationships in North America, yet it has been named the “John Day” Fossil Beds because some anonymous fur trapper ended up naked in the wilderness in 1812.

Sometimes fact really can be far stranger than fiction.