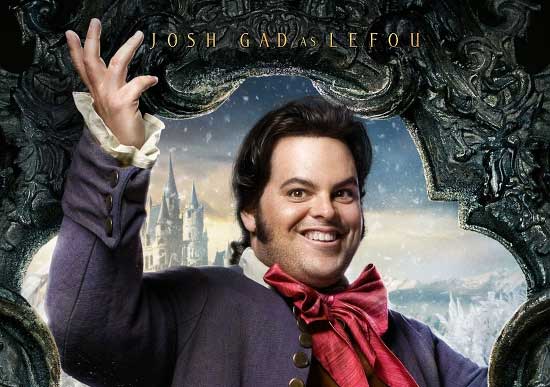 I do wonder if there will ever be a week in which nothing truly daft was said or done under the banner of religion. Will this be that week?

I should perhaps also add one additional thought. A rather important point to grasp is that most humans, regardless of their specific belief, or lack of belief, are decent honourable people who generally strive to do what is right, and so the intent here is not to mock religious people. What does also exist within the religious sphere are some truly absurd ideas that inspire and motivate bad behaviour. Often these are political ideas or basic prejudice that masquerades as a religious stance, and they cloak themselves in a religious guise so that people can be manipulated. It other words, the goal here is to mock such absurdity

So here are just three of the many items from the past week that triggered my WTF meter.

It is inevitable that Mr Bakker will make the list at some point. He has a track record for fraud, and I don’t mean that as criticism of his specific beliefs. He is a well-known religious fraudster who was found guilty of eight counts of mail fraud, 15 counts of wire fraud and one count of conspiracy in 1988, so went to jail and was then paroled in 1994. Today he is once again back in the business of using religion on TV to fleece the gullible, so you are more or less guaranteed that he will say something that is designed to pander to Trump supporters in order to keep the donations rolling in or to simply sell overpriced nonsense. That of course means that such a something will need to be some utterly daft political claim.

Cahn said that God used Trump to save America from a Hillary Clinton presidency and a liberal majority on the Supreme Court, which Bakker said would have “sealed God’s judgment against us.”

“The stakes in the election were far more gigantic than what people think,” Bakker said. “This was the end. Thinking people know America was at its end.”

OK, so let me replay that for you. Apparently the election of Hillary Clinton, a devout Methodist, and her running mate Tim Kaine, a committed Catholic, would have resulted in divine judgement, but the election of a grossly dishonest non-religious pussy-grabbing egoistical narcissist is the divine miracle of a god.

Item 2 – Dave Daubenmire: “Under Obama, I Worried Every Night That the Feds Would Haul Me Away”

Mr Daubenmire says lots of crazy stuff. For example this week he was also explaining that evolution simply can’t be true because only a god could have made skunk farts. Er well yes, that is a classical appeal to ignorance, “I have no idea how X could have happened naturally … therefore my god did it”.

It is however something else that he said this week that reveals an astonishing jaw-dropping degree of hypocrisy.

“Since Obama got in office,” he said, “there was not a night—not a night—that I didn’t go to bed at night, when I turned off the lights in the house, I looked out the window and locked the door, there was not a night that I went to bed and didn’t wonder if this isn’t going to be the night that those black SUVs are going to pull up. I’m telling you, not a night. That was always a possibility in my thought process.”

Daubenmire spent eight years worrying that government would haul him away, even though that was never going to happen, and that’s part of the reason he’s so grateful that Obama was replaced by Donald Trump.

What he doesn’t say in the video is that, because of Trump and Republican complicity, the government really is pulling people from their homes if they’re undocumented immigrants.

Daubenmire doesn’t give a damn about them. I’m not sure why, since many of them are probably Christian, but there’s no empathy on his end.

Delusions of persecution that never happened, and never would have happened, is part of the political fake-news narrative that he pumps out. Actual persecution by the Trump Administration … not a problem, and so he happily supports that.

The new Disney movie “Beauty and the Beast”, has a gay character in it named LeFou.

Because the movie contains a torrid gay love-making scene … oh wait, it doesn’t. It is a PG movie, and so here are the actual Gay moments …

1. LeFou suggests to Gaston that he forget the ladies and just enjoy all the Grade A quality time they have together.

2. Gaston asks LeFou why he hasn’t found a wife yet, and LeFou jokes that he’s “too clingy.”

3. When LeFou sings “Gaston” he wraps Gaston’s arms around him and, you know, proceeds to sing an ode to his favorite dude in the world. Gaston isn’t into it. (But at this point one does wonder why Gaston spends so much time with LeFou.)

4. During the villagers’ big fight with the furniture in the castle, Mrs. Potts tells LeFou he deserves better than Gaston.

That’s it, that is the entirety of it. You might perhaps expect it to be a total non-event … but no … Evangelist Franklin Graham and various others have chipped in to try and start a boycott of Disney because it is supposedly promoting an LBGT agenda …

Disney has aired a cartoon with same-sex couples kissing. It has also been announced that their new movie “Beauty and the Beast” will feature a gay character in an attempt to normalize this lifestyle. They’re trying to push the LGBT agenda into the hearts and minds of your children—watch out! Disney has the right to make their cartoons, it’s a free country. But as Christians we also have the right not to support their company. I hope Christians everywhere will say no to Disney.

The truly weird bit here is that when it comes to “christian” values, Mr Graham has no problem with movie violence, language, or straight heterosexual unmarried people having actual sex on screen, yet when faced with a character that is simply a gay persona, he demands a Disney ban.

Why is it only gay characters he has a problem with?

Probably because he would find that criticism of anything else would be a tad embarrassing given that he quite happily supports the pussy-grabbing multi-wife dishonest Mr T.

Others do see the gross hypocrisy of it all and are prepared to call it what it is. Christian writer Jonathan Merritt points out within usa today  …

this effort seems particularly misguided. It risks making Christians look like antiquated bigots, and it reeks of moral hypocrisy. Worse, it diverts energy from a more worthwhile effort: teaching Christian children to coexist in a pluralistic society.

…The nefarious “agenda” to which Graham refers simply does not exist. Boycotting the film makes it appear that these Christians object to the mere existence of gay people. And even if Graham were right and there were some discernable “agenda” in this film, a boycott would reek of hypocrisy. After all, conservative Christian leaders just helped elect President Trump.

…It’s impossible to reconcile boycotting Disney for including a kind-of-sort-of-possibly gay character in a film while supporting a thrice-married serial liar who has bragged about bedding married women and has admitted to grabbing women’s genitals without permission.

…Energy would be better invested in teaching children to understand and coexist alongside people who might not share their beliefs and practices.

That very nicely sums up just how weird this call for a boycott is.