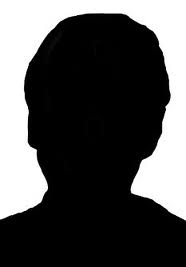 Now that the concept of super injunctions is falling apart in the UK, I can  reveal that I am not having an affair with Jeremy Clarkson. Also, it has now been disclosed that Clark Kent is Superman.

(OK, tongue placed firmly in cheek, but stick with me here, I have a skeptical point coming up later on)

Folks not in the UK might be wondering what this is about, so as a quick aside I better explain. In the UK if the press catch you doing something you should not have been doing (think shenanigans one night with a supermodel), you can take out a legal injunction to prevent publication. However, what can then happen is that the press can be a bit sneaky and report that there is an injunction in place that prevents them reporting something and so they name names without actually saying what happened. To prevent this, there is the concept of what is now known as a super-injunction to prevent them reporting on the very existence of  the injunction. To do that costs about £50K.

Net effect, the rich can do what they like, then gag the press, but other humbler mortals who cannot afford it get toasted. Take the case of a famous footballer who recently had an affair with Imogen Thomas. He could afford the super-injunction, and so nobody knows who he is, but being a complete bastard, he left her out in the cold, and so she had her face plastered all over the tabloid press and her reputation  left in tatters, while he hides behind a wall built using his money. Now, because the super-injunction is in place … (close your eyes now) … the law forbids me from telling you that it was Ryan Giggs. (Its OK, I’ve not outed him, his cover had already been blown, its all over the press now anyway)

What has changed is that an anonymous twitter user @InjunctionSuper has been spilling the beans about who has taken out injunctions and what the big secret is they have been hiding. For legal reasons, I cannot list the details, but its all there on twitter, so just click the link if curious, but don’t get too excited. I’ve not heard of most of those named, and for those names that I do recognise, I’m can’t quite drum up enough motivation to actually give a toss. Those few tweets have now stirred up a huge storm in both the UK media and also UK politics …

if curious to put your finger on that pulse, the twitter hash tag is #superinjunction, or just google “super injunction”

Right then, I’m building up to a point here, its all to do with the flow of information. What has in many ways provoked much of this storm is the concept of buying secrecy, it is not just a few rich folks suppressing secrets, but rather the fact that  the press has been gagged and not been permitted to humble some of the high and mighty by going public with embarassing secrets. In reality these deep dark facts are quite yawn inducing stuff, its more to do with folks being ticked off with the concept of the elite having the ability to supress information, andthe associated delight in watching the named and shamed flounder about with raw panic as secrets emerge.

OK, on with my pondering then. Within a skeptical context, good reliable accurate information is vital, we all know that, and that is what makes the UK’s libel laws so abhorrent to any skeptic; it gags valid criticism – if product X is crap and does not do what it claims, then you need to know. If guru Y is making silly claims, it is appropriate to publish a criticism that de-constructs the claim and exposes it as bullshit. However, what happens when the law steps in and attempts to gag you to such a degree that you cannot even report the fact that you have been gagged? Once libal reform happens (and it will), this super-injunction concept can still be utilized for just £50K to legally bully you into silence. Will that happen? I don’t know.

It all does of course open up a larger debate, should there in fact be a right to privacy at all? I’d like to suggest “yes”. As an example, take Pippa Middleton – there have been photos of her sunbathing topless published by some of the media … why, where is the public interest here? The fact that she just happens to be the yonger sister of somebody who married a royal does of course generate a lot of interest, but that does not justify such an invasion into her life.

OK then, so where do you draw the line? While there is an obvious need to preserve the privacy of the individual, there is also a clear requirement for open criticism of products, claims, organizations or beliefs, where such criticism is  in the public interest.

Right now this whole arena is legally a complete mess – we (in the UK) urgently need reform, a clearly defined line needs to be drawn between a private sphere that may not be intruded into simply to sell a few saucy photos, and the public interest in nuturing and encouraging open criticism that is very much in the public interest.

In other words, we need to protect the public from unwarrented intrusion, but at the same time declare an open-season on all the con-artists, ripoff merchants, and fake gurus out there.

Until that happens, if you speak out, then you better keep your lawyer on speed dial.