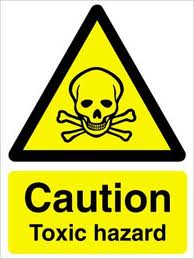 I’m sure that I need not tell you about “Conservapedia”, the degree of craziness is well-known, but just in case you don’t (yet) know, its the home website for all the right-wing theist kooks. Everything you might expect is there, for example …

Its all the usual truly kooky stuff that we expect from folks who long ago set sail and left reality far behind aboard the good ship “delusional”. All of the above claims have of course been de-bunked over and over, and yet here it all is collected in one place for you to laugh at and mock. In fact, some of it is so bizarre you cannot help but ponder the thought that it just might be a poe … but no, they really mean it.

Examples of some of the more eccentric stuff includes claims that:

Most of it I get, after all,  such stupidity more or less defines then, and so I expect such thinking (if that’s the right word) to emerge. However, the one that truly blew me away, is … (yes OK, the subject title gives the game away) … they don’t believe in Relativity, and have a page entitled “Counter examples to Relativity”.

WTF! (I should warn you, if you do just happen to browse conservapedia, you will find yourself using that term on almost every single page)

OK, so here are some of their reasons for not believing in Relativity …

If you are into Physics, then you will appreciate that it is all complete bollocks .. but be advised, you might be better off not reading all the reasons. You could seriously damage your jaw, it will be bouncing off the floor multiple times.

Now, what is even more bizarre is that the page attempts to look scientific – it has References. At various places they have little embedded numbers, each of which identifies a specific reference, then below the list, you have the references section.  But many of the references are not actually a reference to anything at all, its just a re-wording of the text. [Yep, yet another WTF goes here].  Quite clearly they are attempting to look scientific, but appear to have not understood that a reference is not a means to simply repeat the same, but is instead expected to point you at an actual article. – This is classic cargo cult science …

In the South Seas there is a cargo cult of people. During the war they saw airplanes with lots of good materials, and they want the same thing to happen now. So they’ve arranged to make things like runways, to put fires along the sides of the runways, to make a wooden hut for a man to sit in, with two wooden pieces on his head to headphones and bars of bamboo sticking out like antennas–he’s the controller–and they wait for the airplanes to land. They’re doing everything right. The form is perfect. It looks exactly the way it looked before. But it doesn’t work. No airplanes land. So I call these things cargo cult science, because they follow all the apparent precepts and forms of scientific investigation, but they’re missing something essential, because the planes don’t land.

Now it behooves me, of course, to tell you what they’re missing. But it would be just about as difficult to explain to the South Sea islanders how they have to arrange things so that they get some wealth in their system. It is not something simple like telling them how to improve the shapes of the earphones.

Richard Feynman – From a Caltech commencement address given in 1974, also in Surely You’re Joking, Mr. Feynman!

How should you respond? I guess it is best to simply be amused at the utter lunacy of it all … it truly is wacky stuff direct from kook central.

Oh yes, one final note. I’ve added a nofollow attribute to all the conservapedia links above. Instead of a link like this …

I have links that looks like this … What is this about? Well, one of the mechanisms that search engines use to rank pages is to note how many other sites point at them. However, this “nofollow” option tells search engines to not use the link for that ranking calculation. Net effect –  you get the link, but they don’t get bumped up in the search rankings because I link to them.

You might want to use this feature if you ever the need to link to some truly kooky stuff, but don’t wish to increase their popularity by doing so.

2 thoughts on “Relativity a myth? – Conservapedia claims it is.”