The Onion article nicely sums him up as follows …

.@SeanSpicer's role in the Trump administration will be to provide the American public with robust and clearly articulated misinformation. pic.twitter.com/IlRkZPbDZl

As you read, it all feels very flattering, until you then hit the punchline in the last word … “@SeanSpicer’s role in the Trump administration will be to provide the American public with robust and clearly articulated misinformation.“.

It’s the Onion, so it is of course satire, and damn funny because that is exactly what he has been promoting – “Misinformation”.

The Onion link is not for an article, but rather a video that lists “5 things to know about Sean Spicer”.

What happens next is utterly bizarre

Mr Spicer reads the tweet, and apparently thinking it is high praise, simply retweets it. 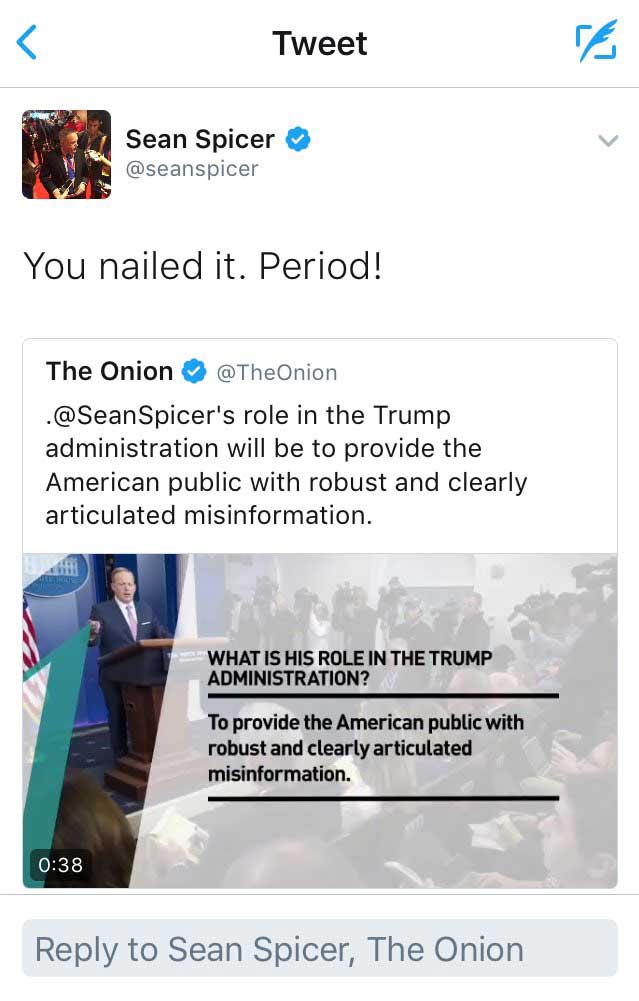 This has got to be a spoof, he can’t be that daft, this is photoshopped … right?

So I checked his timeline on twitter, and yes, here it is (as I write this), the tweet is still up, he really did re-tweet it …

I can grasp that he perhaps was speed reading and missed the “mis” in “misinformation”. However, the tweet is still up, he has not taken it down even after it was all pointed out.

Another thought is that he is attacking satire with satire, and thinks of his retweet as a satire rebuttal to a satire piece.

However, when it comes to twitter, he is simply not that smart.

This is the same guy who has already accidentally tweeted out the password to the official White House twitter account this past week … twice. If you are rolling with the “idiot” hypothesis, then the evidence that backs that up is rapidly piling up. 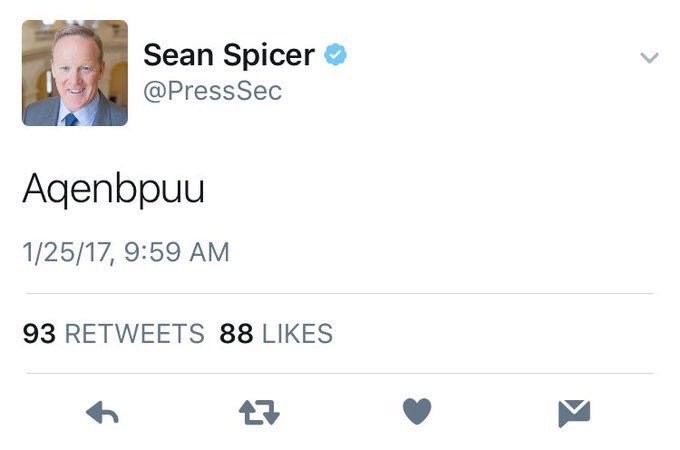 The 2006 movie “Idiocracy” used to be fiction, but sadly it is fast morphing into a documentary.