Fox News already has a reputation as a highly unreliable and extremely biased source for everything they do and so it came as no surprise to discover one of their “experts” simply making stuff up.

The latest rather hilarious (for us) gaff is their terrorism expert, Steve Emerson, making the rather absurd claim that Birmingham in the UK was ‘totally Muslim’ and ‘non-Muslims don’t go in’. Here is is doing just that (at the 01:40 mark in the following clip) …

I might not personally be religious, and I may indeed criticise Islam on a regular basis, but this entire clip is not just raw unadulterated fear mongering, it is also complete and utter bullshit.

In response to this blatantly absurd claim (truth is that only 22% of those in Birmingham have a Muslim cultural heritage), there has been an excellent worldwide twitter storm that now robustly mocks Fox News with tweets such as these under the hash tag of #FoxNewsFacts … 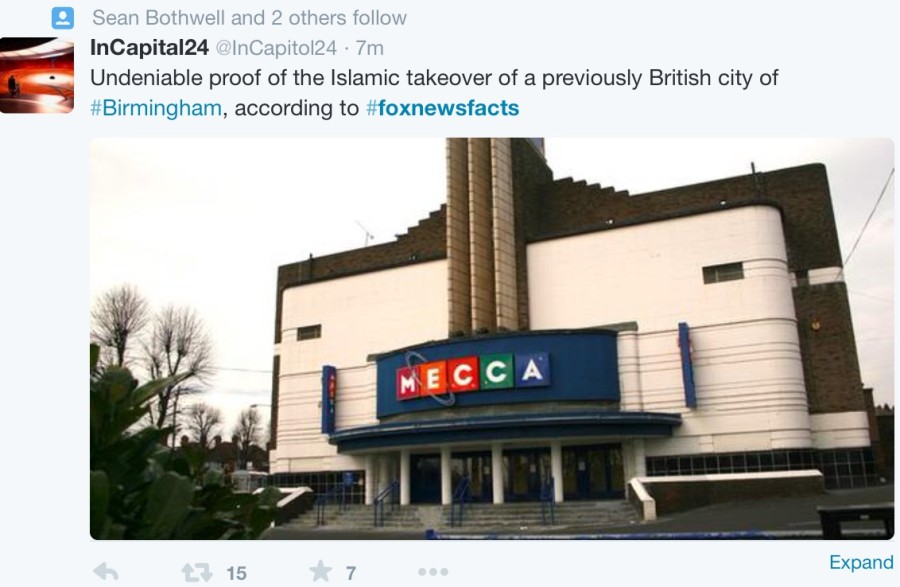 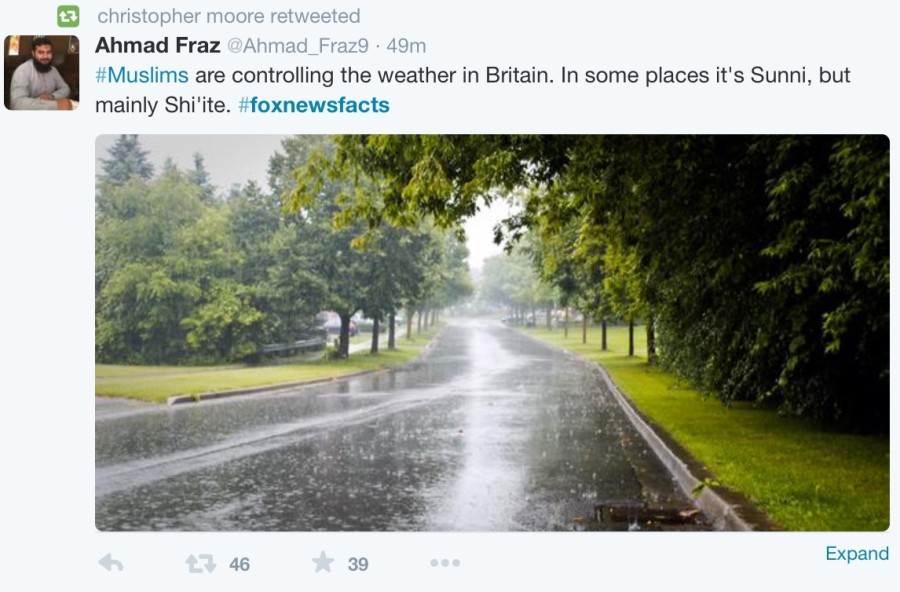 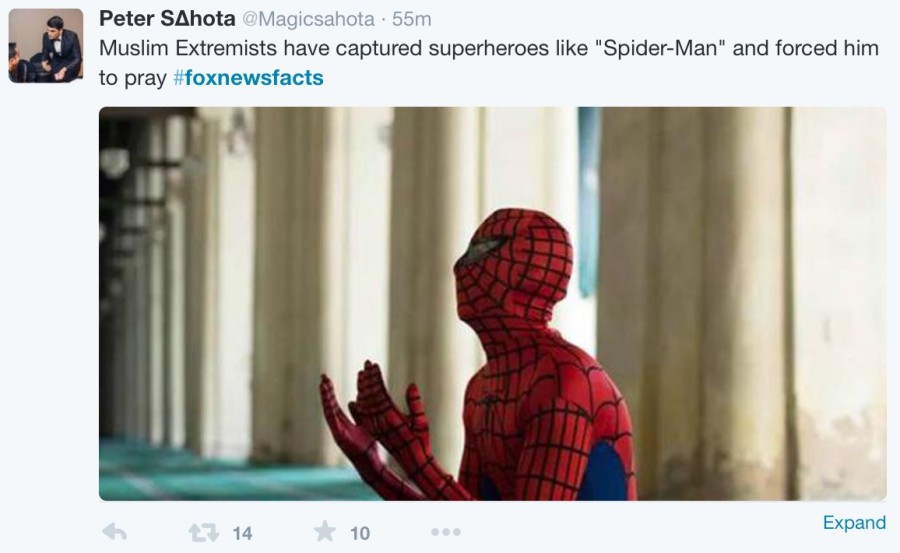 … and then just when you think it simply cannot get any better, it does … 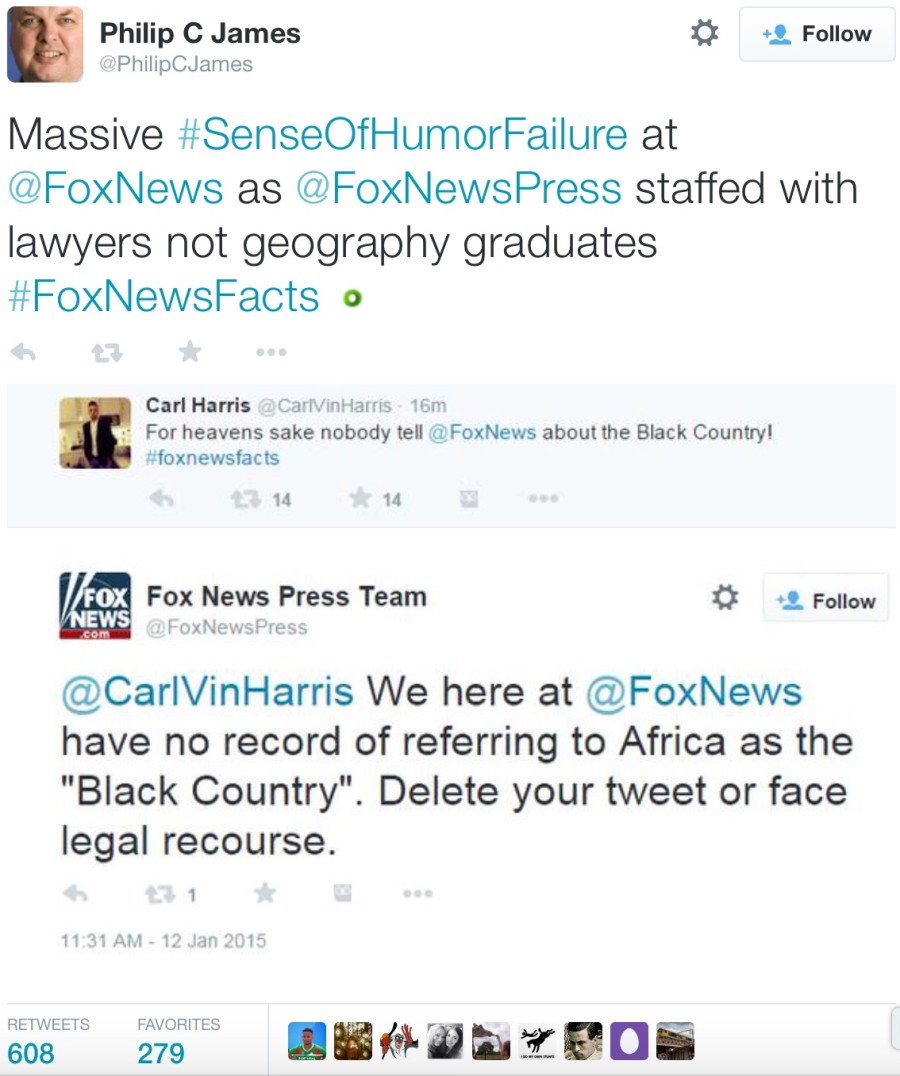 The original gaff has now been and gone, and Steve Emerson who made it has also published an apology, but the hash tag #FoxNewsFacts just keeps on rolling. What is also rather scary is that Mr Emerson’s own web page claims …

Emerson and his staff frequently provide briefings to US government and law enforcement agencies, members of Congress and congressional committees

The Guardian has a link to some of the best

Gizmodo also has a great collection of the tweets here.

… but nothing beats surfing on over to twitter and basking in a glorious flow of satire and ridicule directed at Fox News from all around the planet.