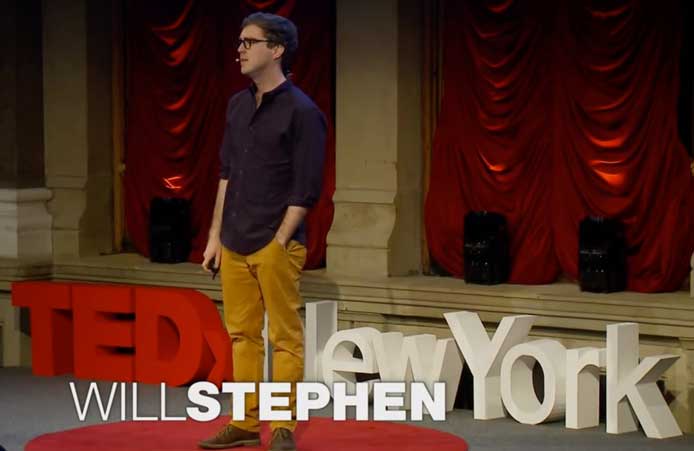 I loved this – The writer Will Stephen gives a completely content free TEDx talk in New York that is about absolutely nothing. He shows and illustrates how you can use gestures to convey the impression that you are communicating something that is supposedly awe inspiring and building up to some profound insight, but is actually telling you nothing of any real substance at all …

Talking about nothing at all very much reminds me of the countless numbers of sermons I sat though over the years during my religious phase. In fact I do recall one specific occasion when a visitor casually commented that one he had just listened to was more or less content free. He was of course correct, but sadly (for me) I did not come to terms with that at the time, and so I instead attempted to defend what had been said. The guy criticising very politely rolled his eyes and rather sensibly never came back.

However, Religion has no monopoly on the presentation of information that is essentially content free and devoid of any real meaning, many other fields of human endeavour can often result in something similar.

Meanwhile, the point being made by Will Stephen is wholly valid because there are many TED/TEDx talks that could quite easily be condensed into about 30 seconds or less, and as for the mannerisms and tone used, he nails it, for that is very much the TED/TEDx style. Oh wait, he was not actually making that point because he was talking about nothing at all, and so it is quite fascinating to see how the human mind rapidly scrambles to apply meaning to it all … or perhaps this was not actually a talk, but was instead a meta talk.

The entire concept of TED is of course ripe for satire, and so you might wonder if the folks at TED get upset about such mockery. Nope, they are on board, for example comedian Tom Rielly did a very entertaining satire of TED at TED back in 2006.

It is perhaps a very healthy sign if we can laugh, not just at others, but at ourselves.