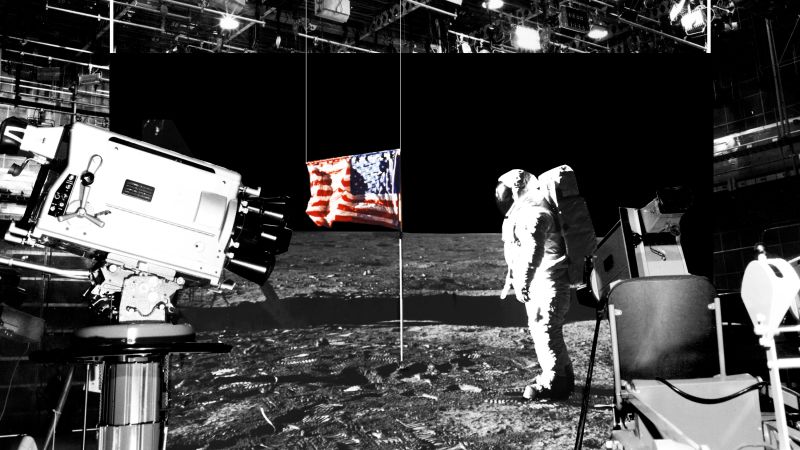 The “Moon Landing was a Hoax” claim is a very old trope these days, so much so, that it is a popular bit of cultural mythology. Are there really people who seriously embrace such conspiracy thinking?

Very much indeed yes. To grasp that you need to remember that we live in a world where some people are seriously convinced that the world is flat, usually on the basis of a few clips that they have watched on YouTube. Once you buy that idea, then the belief that NASA faked the moon landings is a natural extension of that.

Flat Earth thinking is of course not the only reason to embrace this claim, there are many motivations. That quite naturally leads to a vast diversity of different variations.

The idea that NASA has faked everything is not new. Back in 1978 the plot of the movie, Capricorn One, was about a mission to MARS being faked because NASA needed to maintain the illusion of doing something they were unable to achieve. When the empty capsule burns up during the return trip, the 3 astronauts on a film set out in a remote location realise that they can never be seen alive again, hence make an escape bid to get away and reveal what is actually going on. One lone maverick journalist is the hero who battles to reveal the truth. Upon until the final moment everybody thinks he is a crank.

That might indeed be fiction, but many conspiracy theorists will see themselves in the role of the one lone individual who knows the real truth while the vast majority are sheeple who have bought into the lie.

A rather famous, or perhaps infamous example of somebody who sees themselves in this role is Bart Sibrel. He is the guy who rather famously doorstepped Buzz Aldrin in 2002 on camera and proceeded to call him a liar and a coward for being part of a conspiracy to fake it all. Aldrin did not argue back, instead he punched him in the face and walked off. Here is that clip …

Beyond Bart there exists a rather long list of similar individuals, each of whom promote their own specific flavour of the conspiracy.

Historically, one key vector for the idea was a book written and then self-published in 1976 by Bill Kaysing titled “We Never Went to the Moon: America’s Thirty Billion Dollar Swindle“. His claim is that it was way too hard to actually do it, hence NASA simply faked it all.

It is of course understandable how some would seriously buy into the idea that it was all faked as propaganda. At the time of publication it was the post-Watergate era, and the cold war was still on. In reality, the USSR was keeping a very close eye on things, hence would have loved to have been able to expose it all as a fraud.

How do we know it really happened?

There are several good arguments …

How many believe that the Moon landing was faked?

In 2019, Ipsos conducted a study for C-Span to find out how many actually believed that we faked the Moon landing. Here is what they found …

Why do some People believe it was all faked?

It is perhaps a mark of our humanity that we are all potentially prone to embracing ideas that are wrong. This is perhaps rooted in the observation that humans often operate using an intuitive mode of thinking for many things instead of an analytical mode. Once we embrace an idea we can then become emotionally attached to it. The longer we retain that attachment, the harder it becomes to let go because we have invested time and resources in it.

We can only really free ourselves by arriving at a realisation ourselves. We often can’t be told because we will rationalise away anything that threatens to disrupt, so perhaps the best you can do is to offer socratic questions that people can then potentially use to free themselves from the embrace of modern mythology.

It is truly mind-blowing to realise what we actually achieved. What is perhaps not so surprising, but instead is ever so human, is that there are some who just don’t believe it.