I managed to slip away from work early enough last night to take advantage of the fact that I had the car with me on this trip to Manchester and so I drove to Hebdon Bridge … no not to see the sights, but rather to listen to PZ Myers give a fabalous talk about the evolution of creationism. 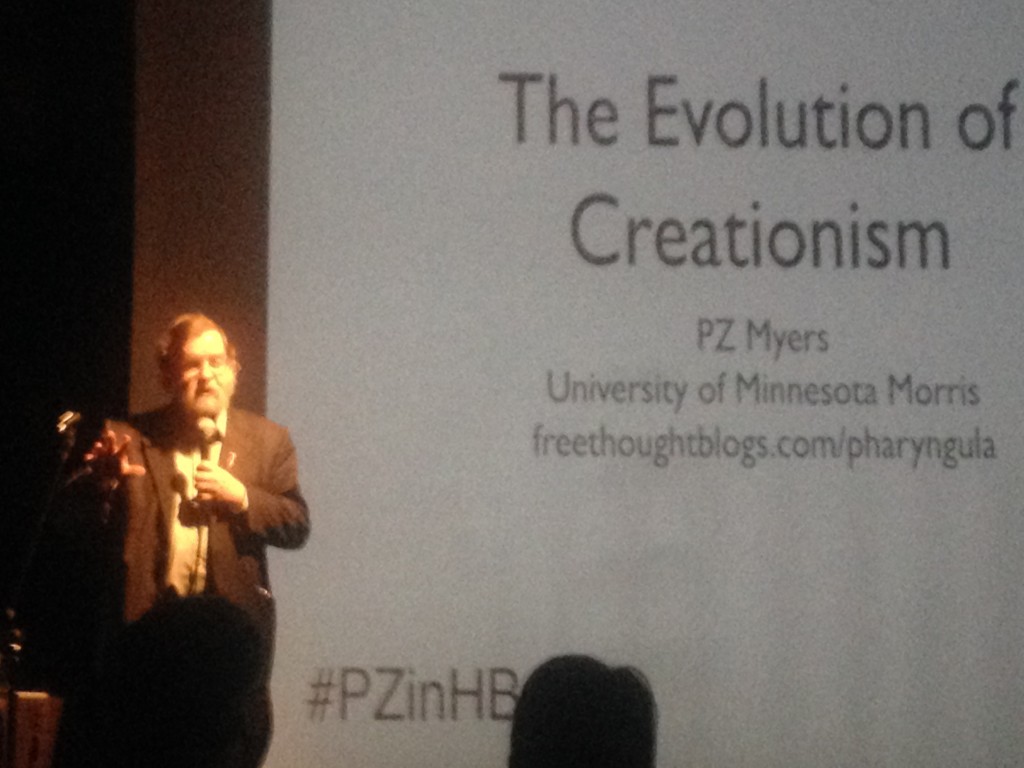 I learned a few new things, specifically regarding the rather modern origins of Creationism as it now manifests, and did not appreciate that it has its roots deep inside the rather fringe seventh-day adventist schism, and how it was then lifted more or less asis from there, given an evangelical white-wash, and popularised. Christians might indeed claim that their “belief” goes all the way back to Jesus, but in many respects the way that they interpret the text of the bible is not really much older that about 100 or 150 years at most.

What also popped up was the rather infamous list of Discovery Institute “peer-reviewed” articles and the observation that a fair chunk of it all comes from Mr Able (a rather crazy eccentric who has crafted the illusion that he represents a rather large scientific institute that in reality turns out to be a small residential home in the suburbs of Maryland. In fact, PZ made the observation that the entire “scientific” output of ID  community over the past 30 or more years is equivalent to the output of an real scientific lab over a two week period. I’d actually be personally inclined to argue that they have not in fact produced anything of any scientific credibility at all … ever (and I suspect he would agree). I did a review of the DI list a couple of years ago and discovered that once you filter out all the padding, there is nothing there at all, it is all smoke and mirrors.

So was it a good way for me to spend the evening?

Indeed yes, I quite enjoyed the drive over the moors into Yorkshire, I learned a few new things, and also got to hang out with interesting people for a couple of hours.