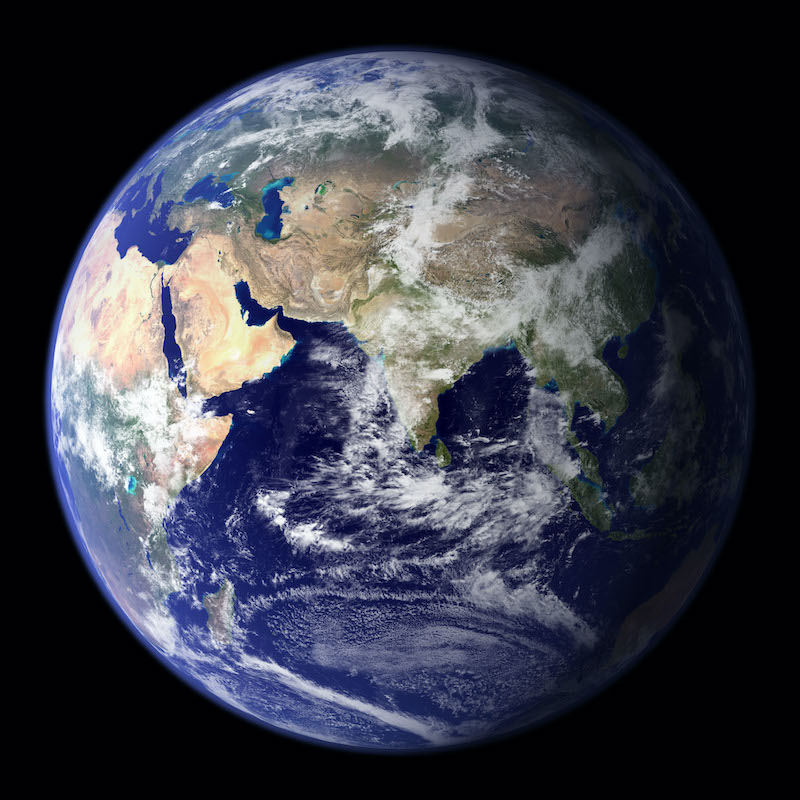 I was advised by a well-meaning individual that it is all natural. The world has gone through warm and cold phases in the past, what is happening now is no different, the current warming is just more of the same?

This is true to some extent. We do know that the world quite naturally bumps in and out of ice ages on a regular cycle, but does this explain the current warming that is currently being observed?

How can we address this question?

We can first lay out the details of why the world quite naturally goes through warm and cold phases at regular intervals. Once we have that understanding we can then check to see if the observations made can be explained by this hypothesis.

Why do ice ages happen?

The orbit of our planet around the sun does not remain constant, but instead it varies. This happens because other bodies within the solar system exert a gravitational pull that will influence our orbit.

The name refers to the Serbian geophysicist and astronomer Milutin Milanković who did the calculations in the 1920s that explained the interrelatedness of celestial mechanics.

This is where is starts to get a bit complicated. There are basically three cycles our planet goes through because of the gravitational pull of other bodies in the solar system. The following diagram illustrates these …

This variation happens primarily due to the gravitational pull of Jupiter and Saturn.

There are variations within this variation, but it all combines loosely into a 100,000-year cycle.

Rather obviously our distance from the sun will impact the about of heat we receive.

The angle of the Earth’s axial tilt with respect to the orbital plane (the obliquity of the ecliptic) varies between 22.1° and 24.5°, over a cycle of about 41,000 years.

The current tilt is 23.44°, roughly halfway between its extreme values. The tilt last reached its maximum in 8,700 BCE. It is now in the decreasing phase of its cycle, and will reach its minimum around the year 11,800 CE

Increased tilt increases the amplitude of the seasonal cycle in insolation, providing more solar radiation in each hemisphere’s summer and less in winter.

The current trend of decreasing tilt, by itself, will promote milder seasons (warmer winters and colder summers), as well as an overall cooling trend. Because most of the planet’s snow and ice lies at high latitude, decreasing tilt may encourage the onset of an ice age for two reasons: There is less overall summer insolation, and also less insolation at higher latitudes, which melts less of the previous winter’s snow and ice.

Axial precession is the trend in the direction of the Earth’s axis of rotation relative to the fixed stars, with a period of 25,771.5 years. This motion means that eventually Polaris will no longer be the north pole star. It is caused by the tidal forces exerted by the Sun and the Moon on the solid Earth; both contribute roughly equally to this effect.

Even all that is a simplistic summary

It actually gets a lot more complicated.

Putting all of this together and what we have is an explanation for ice age cycles.

Does this explain Global Warming Observations?

The quick short answer is no.

What has been observed and measured is rapid warming since the pre-Industrial period (the period between 1850 and 1900), and particularly since the mid-20th Century.

Over the last 150 years, Milankovitch cycles have not changed the amount of solar energy absorbed by Earth very much, hence they are not an explanation for the observed warming.

Scientists are confident Earth’s recent warming is primarily due to human activities — specifically, the direct input of carbon dioxide into Earth’s atmosphere from burning fossil fuels.

This confidence is not a political opinion, nor is it a belief that scientists are expected to simply accept on faith. These is rather robust solid evidence, hence the degree of confidence.

It has been well established for quite some time that carbon dioxide is a greenhouse gas, that absorbes and then emits infrared radiation. Physicist John Tyndall published a series of studies on the way greenhouse gases including carbon dioxide trapped heat in the Earth’s atmosphere in 1859.

Global Warming Fact 2 – We have been increasing CO2

The keeling curve has measured the growing increase in CO2 …

Arguing against our CO2 emissions being the cause of the observed warming is not a different opinion, it is a disagreement with the laws of physics. That’s simply not an argument you can ever win.