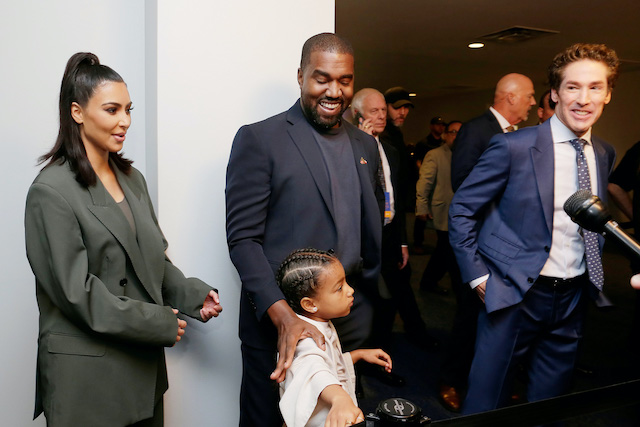 Kanye West is rather obviously well-known. A recent development is that he has now gone “Full Jesus”. It is not really new, he has always dabbled with religion. He simply cranked up the religious dial. For some this is an opportunity to promote belief, and to also utilise the attention that fame brings. It is seen as a means to convince previously unreached individuals to emulate an artist they love.

Is something true because it can be demonstrated to be true, or is it simply true because a sufficient number of people have chosen the idea as part of their lifestyle?

We all know the answer. Facts remain facts even if nobody acknowledges those facts and everybody rejects them.

When we think about fame and also fashion then we are dealing with human emotions. We wear what we wear, and do what we do, because others around us are wearing and doing the same. We strive to fit in by achieving a specific look so that we may then reap acceptance and the sense of well-being that can bring.

Interestingly enough, religious belief is not fact-based, but instead is also very much a human emotional experience. It is about community, awe and wonder, and brings meaning. It is also a fountain of easy satisfying answers, and a source of reassurance that the things we fear need not worry us so much. Examine it critically, and you will discover that none of it is true. Pick any variation, and that remains true.

Generally we don’t question it, but instead embrace our cultural inheritance as a core part of our identity, then proceed to invest in it emotionally. Some take it in moderate doses while others dive right into the deep end (“Hi Kenye”, waves).

There is plenty to criticise.

Things that merit robust criticism include …

About here is perhaps the correct place to roll your eyes at all of this.

He is the most critically acclaimed musician of the 21st century and one of the best-selling music artists of all time with over 140 million records sold worldwide. (Side note: in a world where we all stream music, who exactly is buying these records?)

He has won a total of 21 Grammy Awards, making him one of the most awarded artists of all time and the most Grammy-awarded artist of his generation.

Like many who rise to the top, he is also very human and flawed in so many other ways.

Anything and everything else? Nope.

What we should ideally strive for is not to believe and embrace things because somebody who happens to be good at one specific thing also believes it, but because quite independently of all that, it can be demonstrated to be true.

During his stage appearance with Joel last weekend he demonstrated a degree of utter ineptness mixed with much delusional thinking.

Here are a few examples …

He claimed that he is the voice of God …

… I go into these streams of consciousness when I’m talking, and when you’re speaking in the middle of it, it distracts me. I really appreciate the support, but I would like for everybody to be completely silent so I can let God flow through me as I speak to you guys today.

Is utterly oblivious to what the word “traffic” means, says strip clubs are involved in sex trafficking because owners want to know how much traffic they had each day …

… when I’m in California, or when I’m in Vegas, they got posters up advertising, you know, sex trafficking. Because if there’s an advertisement for a strip club, that is advertising sex trafficking, because at the end of the night, when they close up, the manager says “How much traffic do we have?”

We all end up participating [in the Devil’s playground], whether it’s the spirits that get advertised to us all the time. Alcohol is… they call it a spirit. So we get constant advertisement for spirits…

I could go on, but you get the idea.

None of what he claimed or promoted was true, not one jot.

His rhetoric might appear to be religious but to be honest I think it is perhaps political. He is setting himself up as a new Messiah in the Trump tradition. Finding out that everything he claims is an “Alternative fact” very much plays to that tradition.

If you wish to believe, then strive to believe as many true things as possible.

If you are truly interested in believing as many true things as possible, then sourcing your belief from Kanye is never going to work out all that well.

We do all know this, and yet often when our emotions kick into gear many also often tend to let such attachments trump this. (Yes sorry, pun intended).

Bottom Line: Believe what you believe because there is actual evidence that verifies it, and not because Kanye believe it.