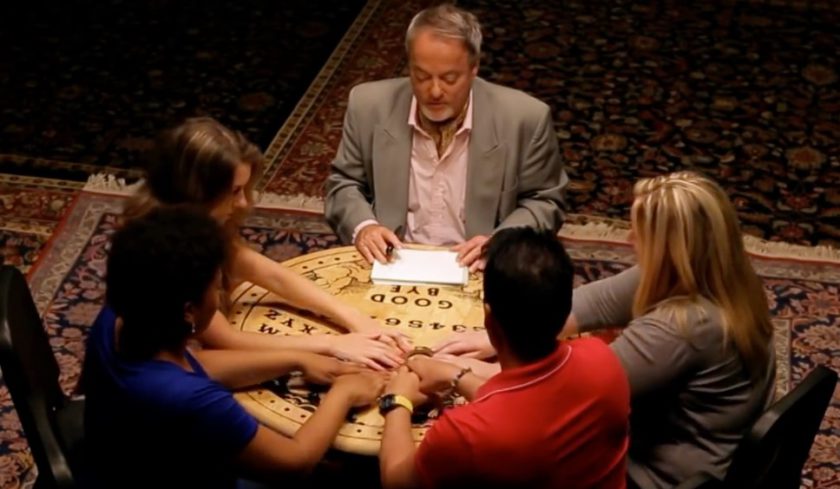 In a darkened room group of people gather around a traditional Ouija board, everybody then puts their hands on a small heart-shaped piece of wood and ask a question. In response the spirits mysteriously make it move to give an answer …. oooh spooky, and obviously proof that something supernatural is going on.

Oh wait a second, because all it not quite as it appears to be.

The chap doing this is Mark Edwards and I know him quite well, he is an american mentalist who has written several great books on mentalism, and séance theory. In 1990 he started working as an official psychic on the Psychic Friends Network then after being inside and seeing what was really going on he blew the whistle.

“The psychic business is built on lies. There is no supernatural power. You can’t see the future… We’re in the golden age of the con. There are people coming out of the woodwork that would love to separate you from your money. But people just want someone to talk to. That’s the bottom line” – Mark Edwards on ABS’s Good Morning America

Being a mentalist he knows how all the tricks are done and is willing to reveal what is really going on.

Ah but who exactly is playing tricks with this Ouija board, what is going on?

Mark has a big reveal, and does something during this Ouija board session that illustrates that no spirits are required …

If indeed curious about what was really happening, then you should check out “Ideomotor Effect“