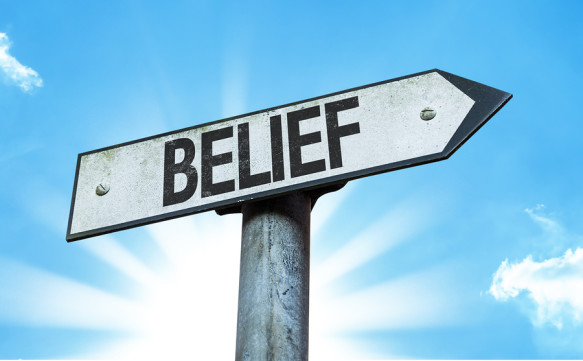 Rather a lot of beliefs do not lean on evidence, but instead are castles of confidence that are built upon something distinctly different.

I’m not specifically talking about religion, so what am I getting at?

I need not go into the history here, except to perhaps point out that this is a complete myth because it is been examined again and again and again. So far there is not one single jot of evidence popping up.

What is clear is that the entire medical field of experts can and does categorically assure you that vaccines don’t cause autism, yet many parent pop up with anecdotal stories to tell everybody that it does … so who is right?

Clearly the evidence points to no causal link and yet stories of it actually doing so persist. The problem here is one of timing; an autism diagnosis can usually only be confirmed at a time in life that is around the same time that vaccines are given. The result is that parents become convinced that there is a causal relationship between the vaccine and the autism diagnosis. What then happens is that no amount of compelling scientific evidence can convince them that this is just wrong.

We are all deeply emotionally bonded to our children and also have highly efficient pattern detection abilities. Both are attributes we have been naturally selected to have because they give us a distinct survival advantage. The price we pay for this combination is the rise of false positives … myths such as this … that no amount of evidence will ever dispel.

Another rather common and quite pervasive belief that is built upon exactly the same foundation is the sincerely held myth that homeopathy really works. Once again, I’ll point you at a few well-cited links that outline why this is not a fact …

Once again we have many stories from those that dispense homeopathy and also many who take homeopathy that will warmly assure you that it does truly work.

People get sick and so people take remedies, and then people get better. They then attribute that getting better to have been caused by the homeopathy hence they are wholly and truly sincerely convinced it works. They have no doubts and no amount of evidence will ever change their mind.

We can all be fooled

We all to one degree or another do indeed fool ourselves by establishing a causal relationship between something and an outcome. We appear to be hardwired to seek out causal relationships, and while this often leads to a conclusion that delivers a survival advantage, it is not always right.

We all know that if we eat something bad it will impact our health due to food poisoning. We have worked out correctly that there is a causal relationship here long before we ever really understood why. Some foods such as pork being reheated or shellfish are more prone to such an outcome, hence we have religious beliefs from hot climates that ban the consumption of either pork or shellfish and label such consumption to be an abomination. Clearly in a hot climate people consumed and then became ill or even died. The conclusion reached was that there was a causal relationship, hence humans survived because they learned that avoiding these when kept in a hot climate with no fridge was going to yield a bad outcome. However, with no understanding of bacteria, humans reached for a supernatural explanation and concluded that a god did not permit you to eat these, and punished those who did, hence religious rules emerged.

The belief was clearly wrong, but the causal relationship was essentially correct, hence it permitted those that embraced the belief a distinct survival advantage.

We do also pay a price for this attribute because it will lead to false positives. Generally these false positive do not impact our survival and so they persist. The entire subject of a perception of luck or superstition is also rather firmly rooted in this pattern seeking ability we have to grasp for causal relationships.

It is utterly irrational and yet this is how we are wired up. It also explains why it can be extremely challenging to debunk pervasive myths such as the vaccine or homeopathy one. When attempting to explain that these are myths, you are not engaging with people we are simply lacking some information, nor are you dealing with individuals of lower intelligence. Instead you are having a dialog with people who are quite convinced that these myths are true because they have established that there is a causal relationship. It would be akin to trying to convince you that the sky is not blue.