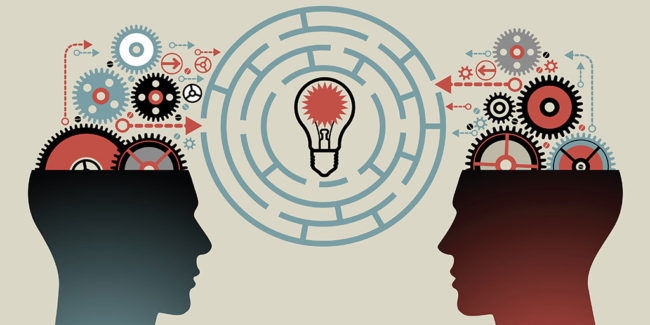 It all boils down to how you work out what is and is not factual and real.

I should perhaps add that none of this is exclusive to religious belief, it can also apply to political beliefs as well.

Let’s take a moment to examine each of these recruitment strategies.

Dig a bit and you often discover that some passing remark has been quote mined out of context and spun into something it is not. For example recently Mark Zuckerberg commented on belief. Somebody asked him if he was an Atheist and he replied, “No. I was raised Jewish and then I went through a period where I questioned things, but now I believe religion is very important.“.  That is all he said.

Let’s for a second assume he has decided to become deeply religious. If true, would that actually verify anything at all? In one word … “no”. It would of course attract people to perhaps sign up because he has joined, but they would be doing so simply because he had, and not because it was actually true.

In Mr Zuckerberg’s case, I speculate that not ticking off vast numbers of religious people by outrightly rejecting any and all beliefs is a rather sensible thing to do and so I suspect his stance is more about the rejection of labels such as “atheist” because they carry rather a lot of emotional baggage. I’m speculating about that, I have no idea, and neither does anybody else, especially all those various religious posters that will rather predictably pop up to use his passing comment for recruitment purposes.

The things that are true, are only true because there is objective independently verifiable evidence that verifies them, and not because somebody famous says it is.

2 – Lots of people believe it

It is rather common to play a numbers game by perhaps asserting that lots of people have converted, or are being converted. Dig into such details and a few rather common things emerge …

If indeed something was more true because it was popular, then the most truthful belief would statistically be Catholicism simply because it is the most popular.

The truth is of course rather obvious, reality is not a democracy, we don’t get to vote on what is and is not real.

Personal anecdotes abound within every belief. Humans who found that it met a specific emotional need they had will happily tell you exactly that and shout it from the rooftops.

It is a popular approach because it works. We are essentially emotional creatures and so we are very susceptible to emotional manipulation, unless we step back from this we can and will be fooled.

It is rather common within the context of religious beliefs to see something supernatural being promoted as evidence. Most beliefs indulge in this to some degree and it can be a dramatic claim all the way through to the rather mild assertion that there exists a supernatural entity who will listen if you just talk to it.

What is also universally true is that when you dig into the details of any cases, what you will discover is that a natural balance is struck. Take for example the rather popular Catholic claim that verified miracles have taken place at Lourdes. The asserted miracles are sufficiently vague enough to not convince a skeptic looking for objective independently verifiable proof, and yet also not testable and so are sufficient proof for a committed believer.

For the record, the number of independently and objectively verified supernatural miracles is so far exactly zero. Claims abound of course because so many need and demand that they do, but clicking those ruby red shoes together and wishing very hard does not alter reality.

“My specific religious text is special, unique and divinely inspired” … says every believer within almost every single religious belief.

“All the other religious texts are fake and manmade” … says every believer within almost every single religious belief.

Variations that often pop up include …

With such interpretations in mind, I present to you an analysis of that ancient Holy Text, Moby Dick …

Today, scientists tell us, both hydrogen and oxygen combines to gives us water. MIRACLE!

And many assasination were predicted in the holy Moby Dick: http://cs.anu.edu.au/~bdm/dilugim/moby.html

How could have Herman Melville (PBUH) known this scientific facts? Unbelievers will tell you that it’s all by chance – they’re too blind to see the miracles !!

Do not forget to check out the scientific miracles in De Rerum Natura and in Vigril’s Georgics.

Fake News has been around for rather a long time, it is not new.

It is structured, as it always has been, to manipulate you at an emotional label. Those that deeply believe tend to do so with great dedication because it operates at an emotional level and not a factual intellectual level.

The buzz words of this age are terms such as post-truth and also fake-news. This however is not at all new, it has always been like this. To give you a very old example from ancient Rome, Tacitus reports the street rumour that Nero himself started the great fire in AD 64. Others such as Suetonius later wrote this down as fact. In reality we know that Nero was not actually in Rome when the fire started, and we also know that when it happened, he rushed back, and then did as much as he could to help. Not only did he open up his palaces to help unfortunate citizens, but he personally went out himself without his bodyguard and helped look for survivors. Now don’t misunderstand me, I’m not suggesting that he was a nice guy who had a bit of bad press, he was also a real shit. The point is that the rumours that circulated at the time were fake.

The real truth is that accidental fires were common in ancient Rome. We also know that the fire started at the southeastern end of the Circus Maximus in shops selling flammable goods and so accident and not conspiracy is the most probable and reasonable explanation.

How we work out what is and is not actually true truly does matter. There are many popular strategies that if adhered to will end up fooling you into accepting fiction as fact and rejecting reality as myth. Knowing what some of the various strategies are to simply manipulate you at an emotional level is a good place to start.