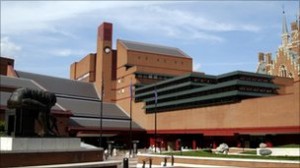 There is an interesting news story today about the deal that Google has reached with the British Library. The BBC reports …

Thousands of pages from one of the world’s biggest collections of historic books, pamphlets and periodicals are to be made available on the Internet.

This is a good thing and also is very much in keeping with the very reason for the existence of the library itself. The very concept of a library is to provide access to knowledge for everyone. However, beyond that, it is also (I suggest) one more step towards a more rational culture for us all.

The free flow of information has always been a good thing, especially in the context of irrational beliefs. In fact, it has often been observed that perhaps the very best book to recommend to ensure an individual becomes an Atheist is to recommend they read the bible. Historically belief was once the exclusive preserve of the clerics who would dictate what folks should believe and tell them what truth was. The foundational texts were available in Latin and Greek, and since only the clerics had access, and were literate, they held a considerable degree of power. It might not have been on their agenda, but for the reformers, translating these texts into English was both very democratic and liberating. Suddenly the boy the drove the plough could read it for himself in his own language and make up his own mind.

In the last ten years we have seen an amazing rise of new sources of information, Google, Wikipedia, Podcasts, etc… As a result I am finding more and more whose minds have been opened to new ideas, new more rational ways of thinking and are being more critical of things that would have once been just accepted. Examples include the rising and thriving “Skeptics in the Pub” movement, or the various grassroots meetings that have burst upon the stage and rapidly risen in popularity such as the skeptic track at DragonCon, or the growth of TAM. Many other similar examples abound.

The masters of woo do still prevail and make full use of the new channels for information flow, but so do the skeptics, who are able to openly criticise and reach a far larger demographic.

There are still things that bug the heck out of many. When you google the news, you often find it is a echo chamber in which the same bit of news gets misreported over and over, and then when you try to go back to the original paper it was vectored from, you find it locked away in some journal that wants to change you $25 just to read it once. The abstract might indeed give you an idea of what it is all about, but often you want to get into the details and see how big their data sample was, scope out their methodology and determine if it was a flawed or if they truly did do a proper random double-blind trial.

We have come a long way, but we still have a long way to go yet. Along with the increased flow of information, we will also need the tools to mine accurate reliable data, and the means to rapidly sift the bullshit out.