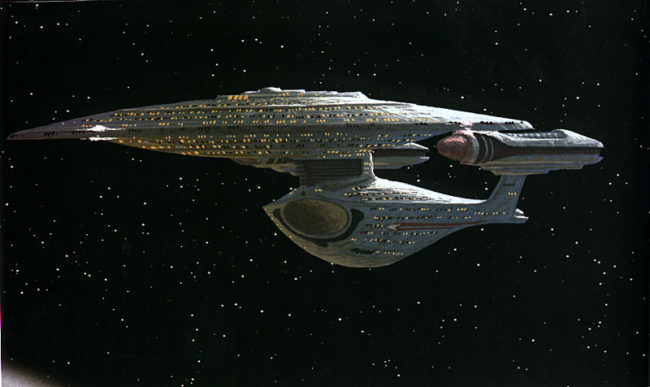 The Express (yes I know, but stick with me here), reports a UFO sighting  … ah heck, let’s just quote what the story says …

A MINDBOGGLING picture has emerged of a “Star Trek Enterprise-like UFO” seemingly hovering above a lake.

Sceptic Chad Haines, who took the image, was left convinced aliens must exist after snapping the bizarre sight over Clarenville, in Canada.

He claimed it hovered before moving up and down and then shooting out of sight.

Mr Haines, who was previously a confirmed non believer, said it was not a plane and too big to have been a drone.

He said: “It was out there for two or three hours. I couldn’t believe it.”

Fuzzy Photo is “Mindboggling”, hey welcome to the Express universe, an alternate non-reality.

What images do we actually have?

There is a closeup picture … 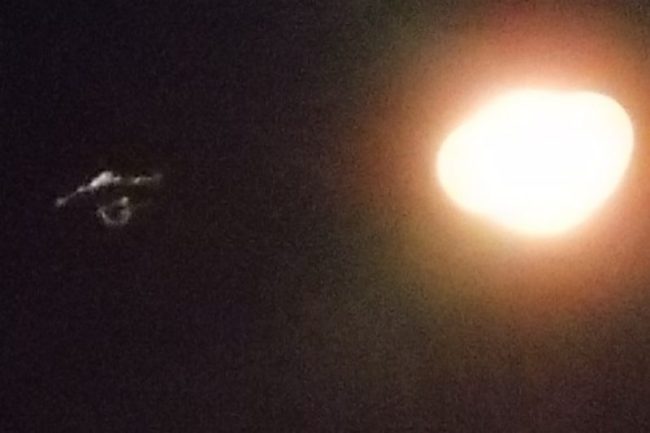 Here it is before being enlarged … 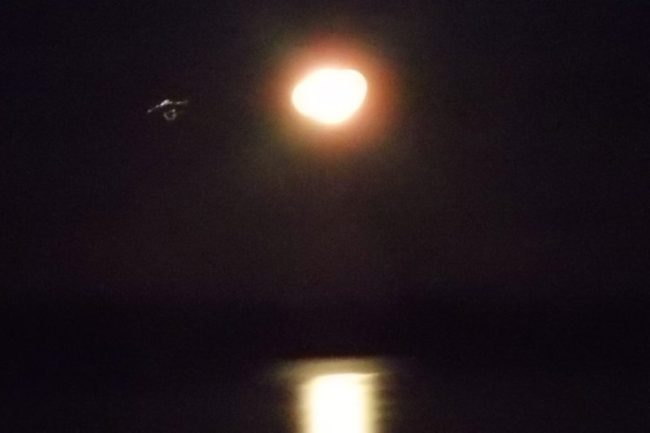 There is also a blended YouTube clip to ensure you buy the UFO claim.

So what is this?

Let’s put aside the fact that the Express is the source here. They are not the primary source but instead are simply amplifying the claim. We can find the alpha source. It is a local Canadian paper running the story …

after witnessing an unidentified flying craft near his house early in 2016, he can’t explain what else it could’ve been.

While deleting some images off his camera this past week to make space in preparation for Christmas morning, Haines stumbled upon some photos he took the night of Feb. 23, 2016, from his Bayview Road home.

Reviewing the photos once more, he still couldn’t find a rational explanation for what he saw in the sky.

… “It was out there for two or three hours,” Haines told TC Media today….

We can also search Facebook and find Mr Haines, here is his FB page. He does not appear to be either a UFO believer, nor an active skeptic, but instead just a ordinary chap

He says, “It was out there for two or three hours,”, and yet he took only one picture?

It happened in February, but only decided to go to the media with it in Dec?

He says, “it wasn’t a plane and it was far too big to be a drone”, but how does he know this, we are not told? Small drones nearby can fool you into thinking it is something far bigger and far further away.

Why did nobody else notice this?

What is fascinating however is that having taken a picture of something he can’t explain, his immediate default position is “alien spacecraft”.

What we can be sure about are two specific things …

What is rather interesting is that when faced with something we can’t explain we tend to apply our cultural heritage to try and explain. In previous generations the default would perhaps have been a demon or an angel, but since Captain Kirk beamed into our living room in the 1960s it now tends to be “Aliens”.

Any other thoughts out there?

The UFO skeptic, Scott Brando who runs hoax-busting website ufoofinterest.org, thinks it might actually be a bird, and as illustrated in his tweet below, that is not an unreasonable suggestion …

What's the strange flying object taken by a #Clarenville man over
Random Island? A #UFO? A plane? Or a bird? pic.twitter.com/Z3fTKzM55B