This has been doing the rounds … 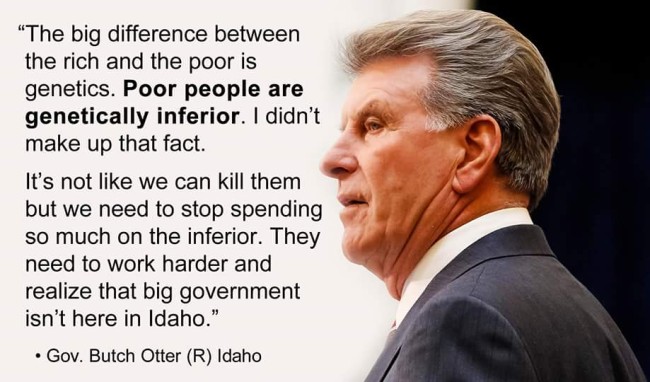 There are potentially a couple of rather important points here, but they are all trumped by one key one.

We could perhaps start by taking this as a cue for an immediate rant because it is quite frankly an abhorrent idea for an elected official to promote and so it not only deserves, but screams out for some appropriate criticism.

That however, is not the place to start.

Should we perhaps ask ourselves when this first emerged?

If we took that approach and looked, then we would discover that this is not new or recent, but has been doing the rounds for some time time. Here is where it originally comes from – a site named CityWorldNews reported this over 11 months ago and claimed they had a recording of him saying this.

Should we now perhaps express shock that this has not become mainstream news?

Well no, and that is because if you dig into CityWorldNews you soon begin the realise that they are not only not quoting any actual sources for this, but also that they just made this up.

Basically because it is a satire site that dreams up stuff that is designed to pander to preconceived notions and suck you in. To translate; just one word sums it up – clickbait. Facts play no part here, it is all about being a shock-site that is driven by a desire to generate advertising revenue.

If indeed we wish to deploy criticism of Mr Otter, then it is perhaps far more credible if we do so for the things he actually does promote, and not for the things that are simply not true. For example, to pick a couple at random, we could perhaps criticise his opposition to marriage equality for all, or perhaps his pro-gun stance.

Bottom line: Be skeptical of everything. Your scope there should also include the things we might indeed be tempted to consider as true, hope are true, deeply want to be true. We all carry with us conclusions, and there are many click-bait sites who strive to tap into that and use it to leverage revenue.

Bottom Line: Check sources and remain open to changing your mind if new evidence pops up.