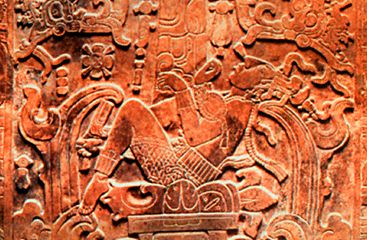 The high priest of the ancient aliens claim is of course Erich von Däniken. The cultural craze started with his 1968 book titled “Chariots of the Gods?”. The question mark in the title was dropped later once the idea gained considerable traction and took off.

Is the claim that there were aliens who arrived and influenced us in the past credible?

As a teenager I devoured all his books and many other similar books. I basically lapped it all up as “amazing truth”.

Is any of it really true, is there anything to any of it?

Erich von Däniken has a well-documented track record of arrests for embezzlement, fraud, and forgery. He was imprisoned for this, not just once, but has a string of multiple convictions. After coming out of prison he became the manager of a hotel in Switzerland and there he settled down to writing the text of what became “Chariots of the Gods”. AT first is was rejected, but one publisher was willing to publish, but only if he was willing to permit a professional author to perform a re-write. That re-write was then accepted for publication and it became a best seller with Däniken getting 7% of the profits.

This did set him up for life, but unfortunately for Däniken, he was arrested in 1968 for fraud, after falsifying hotel records and credit references in order to take out loans. He was convicted for “repeated and sustained” embezzlement, fraud, and forgery, with the court ruling that the writer had been living a “playboy” lifestyle. This resulted in a three year term in jail.

His second book, Gods from Outer Space, was written while he was in prison and was not as popular as the first. Nevertheless he was riding the bandwagon established by the first, and while it was actually his and not the work of some other writer, it still got published.

The Credibility of the idea

Let’s park the observations concerning the author being a rogue with no expertise and turn to the actual claim.

Is it possible that there might be other civilisations out there?

We live in a galaxy that contains hundreds of billion of stars, and that resides in a universe that contains at least two trillion (yes trillion, not billion) other galaxies. Such numbers are so vast that the utterly impossible is highly probable. However, the idea is not just that they are out there, but that they have come here and influenced our development.

Key Point: The fact that something might be possible is not the time to believe it. The only time to start believing something is if there is evidence for it.

There is also of course a longer answer.

The book basically points at things such as the Egyptian pyramids, Stonehenge, and the Moai of Easter Island and uses these to assert the claim that extraterrestrial beings influenced us and helped us to create these. To put that another way, he is claiming our ancestors were simply too stupid to have done it themselves.

Items in the mix of his supposed “evidence” includes …

Roughly about one third of his book is basically, “they helped us, we can go out there and help others in the same way they helped us“.

What do real historians and scholars think?

No subject matter expert finds any of these claims to be credible. He is at best doing the equivalent of looking up at the clouds in the sky and seeing the shapes of things that are simply not there.

Take for example the image at the top of this posting. This stone carving is supposedly a Maya ruler piloting a spaceship. Ask the professionals who do actually know Maya culture and they will explain to you that this is simply the image of a Maya ruler falling into the underworld.

I could go though it all point by point explaining why the Däniken claims are nonsense. However, I don’t need to do that, many others have done exactly that over the years. None of it, not one jot, stands up to scrutiny.

None of it is original to Däniken

What is perhaps not so well known is that none of these claims by Däniken were original to him. As explained here …

A 2004 article in Skeptic magazine[20] states that von Däniken plagiarized many of the book’s concepts from The Morning of the Magicians, that this book in turn was heavily influenced by the Cthulhu Mythos, and that the core of the ancient astronaut theory originates in H. P. Lovecraft‘s stories “The Call of Cthulhu” and At the Mountains of Madness.

You can find a copy of that article here.

Why is riding the Chariots of the Gods Still very popular?

A rather fascinating observation is this.

We have an author who is a known fraudster and simply cobbled together this stuff by copying it from others and then has it all rewritten by a professional to make it fit for publication.

We have claims that have been consistently and persistently debunked over and over.

Yet this rubber duck of quackery still floats. What is going on, why does the idea persist?

What you actually have in play here is science fiction and fantasy being packaged up and presented as historical fact. We love a good story, we always have. From our primitive origins where we would sit around campfires and tell tall stories of mythological beings and ghosts, we now have … books, movies, TV and more. It is clear that we have a persistent and deep appetite for things that tickle our imagination.

We also live in a world where the idea is continuously promoted. For example the “Ancient Aliens” on the supposed history channel. It is simply entertainment and proliferates, not because it is true, but simply because it is popular and earns revenue.

Regarding “Ancient Aliens”, it has run to 15 seasons and has millions who watch, and sadly believe. The reality is of course this (from here)…

Kenneth Feder, Professor of Archaeology at Central Connecticut State University and author of Frauds, Myths, and Mysteries: Science and Pseudoscience in Archaeology,[45] has said that he was approached by Ancient Aliens producers regarding his potential participation. “My response was, I’d be happy to be on your show, but you should know that I think that the ancient astronaut hypothesis is execrable bullshit,” he said in an interview. “I haven’t heard back from them, rather remarkably. So, I guess maybe they’re not interested in the other point of view.”[46]

Critical thinking truly does matter. As Guy Harrison points out …

this belief distorts and detracts from the real human story, the one told by credible evidence. This is not trivial at a time when our species is growing rapidly and becoming more technologically powerful while also continuing to struggle with violence, ethnocentrism, racism, and scientific illiteracy. We are unlikely to solve our biggest problems until we accept the scientific discovery of ourselves and consistently value a reality-based worldview. But for millions of people, this is more difficult than it should be because they have been seduced by fictions such as the one that says ancient astronauts were at the center of our shared past.

Chariots of the Gods – Tweets