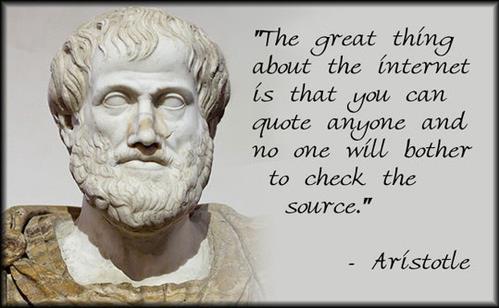 I’m building up to a point here about the “appeal to an authority” fallacy. What comes next is there to be used to illustrate this, so stick with me for a bit.

Venkatraman Ramakrishnan is the Nobel prize winning Biologist who won the Nobel prize in 2009 jointly with  Thomas A. Steitz and Ada Yonath, “for studies of the structure and function of the ribosome“. He is also the current President of the Royal Society.

The Hindustan Times reports on a few snippets from a talk he gave in 2016. While delivering the Har Gobind Khorana lecture entitled ‘On Nobody’s Word: Evidence and Modern Science’ at the Panjab University at Chandigarh, he was rather scathing when touching upon a few ideas that are popular but bogus. He will perhaps have not endeared himself to the supporters of such thinking. To be wholly clear here, this is not a recent talk,  he gave it last year.

Here are a couple of the points he made.

Explaining that astrology evolved from the human tendency to look for “patterns, generalise and believe”, Ramakrishnan said, “There is no scientific basis for how movement of planets and stars can influence our fate. There is no reason for time of birth to influence events years later. The predictions made are either obvious or shown to be random.”

“Once beliefs take root, they are hard to eradicate,” he commented, adding, “A culture based on superstitions will do worse than one based on scientific knowledge and rational thoughts.”

Contrary to the general notion that homeopathy originated in India, the scientist also clarified that it was a practice started by a German.

“They (homoeopaths) take arsenic compounds and dilute it to such an extent that just a molecule is left. It will not make any effect on you. Your tap water has more arsenic. No one in chemistry believes in homoeopathy. It works because of placebo effect.”

The Accuracy Of Science

The onus ultimately lies on humans, for science to be accurate. “Scientists are humans. We have egos, superstitions etc. What is required is to test our ideas by experiments which protect us from false beliefs.”

To elaborate, he cited the cold fusion theory. Initially claimed by Martin Fleischmann and Stanley Pons, the much-hyped theory was later proved to be unfounded. “In 2011, it was claimed from CERN experiments that neutrinos travel faster than light. Later, it came out that it was a measurement error,” Ramakrishnan said and added that sometimes scientists propose ideas well outside their area of expertise and make mistakes.

So did planes really exist in ancient India, as claimed at the Indian Science Congress in Mumbai last year?

“It was surprising for me that Indian science academies did not condemn it. Science has to be based on data. You have to show that you did it and others should be able to verify it. It is impossible that India had plane technology 2000 years ago.”

Now this is the real topic of this post.

Often when discussing some topic, we will encounter people making an appeal to an authority. It generally runs like this …

It is common for many to leap in at this point and explain, “Ah, but that is a logical fallacy, you are making an appeal to authority“.

Let’s pause for a moment and return to the talk given by Venkatraman Ramakrishnan.

Is that an appeal to an authority?

He is not a subject matter expert when it comes to topics such as Astrology, but would you really wish to pay any attention to anybody that actually is? He is also not a trained Homeopath, nor does he have any medical training, so does that them qualify quoting his talk as an “Appeal to Authority”?

We all depend upon authorities, that is how society functions

One truly fascinating observation is that within science and society there is a dependence upon authorities, or to be a tad more precise, individuals who are subject matter experts.

You know it will end up being this …

In many contexts, accepting guidance from a subject matter expert is the norm. Not doing so would not just be bizarre, but it would potentially lead to an undesirable outcome.

The actual fallacy, as noted by John Lock within his 1690 Essay Concerning Human Understanding, is that a reference from an authority can be misused by taking advantage of the “respect” and “submission” of the reader or listener to persuade them to accept a conclusion.

In other words, the fallacy is one where a con is being pulled. The individual is not actually an expert at all on the topic. This is where it becomes an “Argument from Unqualified Authority”.

Examples that immediately spring to mind include things such as …

Quoting a legitimate Authority is not a fallacy

The following is wholly valid.

You can hold a high degree of confidence that X is probably not wrong. This is not a hard and fast rule. If a recognised authority is swimming against the tide of scientific consensus, then that should cause you some pause.

The actual fallacy is where a con comes into play. This happens when somebody who is a recognised expert is quoted saying something that is way outside the scope of their expertise. For example, if a mechanical engineer with enough letters after his name to make an entire alphabet mades a statement about evolutionary biology or climate change, then it holds no authority.

You know that both Homeopathy and also Astrology are BS. This is not because Venkatraman Ramakrishnan has declared it to be so. He offers an explanation. Quoting what he has to say is to quote his explanation. This is not a fallacy.

If however I took the line that Homeopathy and Astrology are both BS because a Nobel prize winner says so, then people would be quite right to perhaps challenge that assertion by asking for evidence and not simply accepting it.

The “Appeal to Authority” fallacy is not citing a subject matter expert, but instead is actually an attempt to cite an authority that is not really an authority or subject matter expert at all. If for example a Dr recommends some medication, you might assure you are in good safe experienced hands. If the Dr happens to be a Dr of Philosophy and not Medicine, then you are being conned by an authority who is not qualified to issue such guidance.