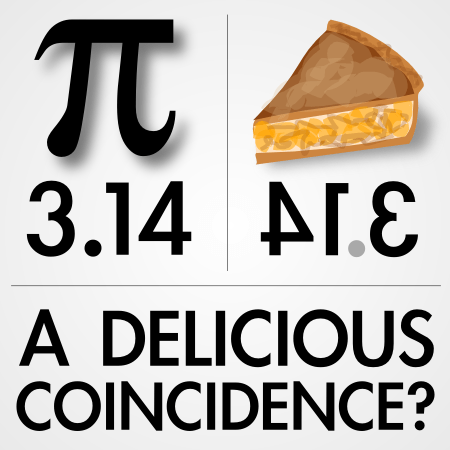 Sometimes when something that is so improbable and outlandish happens we might be tempted to conclude that a supernatural event has taken place. “It can be the only explanation” we might think, because the odds of it actually happening by chance are simply too great for it to have been a coincidence.

I have a personal example.

As a kid I would watch TV with my Dad. In those days there was no streaming, so our TV diet was whatever show was on. There was one popular weekly comedy show that we enjoyed on a regular basis. Looking back now it is a bit dated and sort of Ho Hum, but at the time it tickled me in the right places.

The years went by and I forgot all about it, until one day decades later, for some odd reason I remembered those times of watching TV like that with my Dad. I then began to wonder where that comedian was now and what he might have gone on to do. Later that same day, I listened in complete astonishment to the news that the guy I had been thinking about for the very first time in decades had passed away that very same day.

This was truly spooky.

What is the probability of that coincidence happening?

There just must have been something supernatural going on … right?

Debunking my own Supernatural claim?

Ask yourself a few questions. I’ll not crunch the numbers, but instead will simply point you in the right direction here.

How many popular TV comedians are there from that period? It’s not exactly a huge number, the pool is rather small.

What is the size of the population that is alive today that would have seen those shows or reruns? The number is rather large and runs to multiples of millions.

What is the possibility that somebody would be thinking about one of those comedians on the very day he dies?

Given the size of the population that saw the shows, and the popularity of the shows, it is highly probable that a handful of people in the population will be thinking of every single one of those comedians at some point each and every single day. In other words, it is not a surprise to find people like myself who just happened to be doing that on the very same day that one of them died.

For me as an individual, it was an astonishing coincidence, but due to the truly large numbers involved, what would have been even more astonishing is if there had been nobody like me.

“But but but“, you might retort, “You had not thought of him for decades and then on the very day he dies this happened … right?“

Human memory is very selective. I don’t remember thinking of him before that day, but it is highly probable that I did. The event is burned into memory because of the coincidence. If however nothing significant had happened related to it, then I would not have remembered thinking of him.

The Law of truly large numbers

This is quite real. It is the observation that when truly large numbers are in play then odd coincidences will happen all the time. Random chance dictates this.

You can read more about it here.

This is where I’m going with all of that and it is why I’m writing about it today. Appearing in “Psychology Today” is an article by philosopher Sharon Hewitt Rawlette titled “How Skeptics Misapply the Law of Very Large Numbers“.

…even if the odds that a particular event would occur at this particular moment to this particular person are very low, there are so many moments over the course of our lives and so many people on this planet, that even very improbable coincidences are bound to happen eventually, just by chance. This is often referred to as the Law of Very Large Numbers.

Her rebuttal to this observation is as follows …

Er … no, that’s not how that works. It still applies even if you cannot calculate the probability because you don’t have any data.

This is a subtle play, the burden of proof is being shifted.

Within this article she does not explain what she actually thinks is a better explanation, and instead is implying it. She is simply casting doubt on a wholly rational argument by saying, “If you can’t calculate the probability, then it must be something else“.

In her case the “something else” is basically the supernatural. If you check out her book you soon discover that she has rather a lot of belief in things that do not have any evidence … an afterlife, psychic abilities, spirit guides, etc…

There are events where the data is rich enough for us to calculate the statistical probability of a truly strange coincidence. For example sports or the odds of winning the lottery twice.

Crunch the numbers and the result is that ever single example is explained by the law of truly large numbers – no exceptions.

For all the examples where you can’t calculate the odds then the default is not “Magic” or “Supernatural”, it simply means you do not have enough data.

She goes on to cite a story written in a book by a guy making psychic claims. (Insert eye roll here) It describes a couple rolling dice and getting a pair of 6’s then 5’s then 4’s etc…

We all tell stories, and when doing so we often embellish and exaggerate things a bit. Often when we do that enough times we adopt such retelling into our memory as the “true” version and forget that it did not actually happen as we now relate it.

Claim: “We should expect to see chance coincidences of this magnitude about once every 7.4 quadrillion seconds, or once every 3 million lifetimes”

She also makes the above claim within her article, and yet by her own admission she has no way to actually make such a statistical calculation because she does not have enough data, nor has she actually verified that it really happened. She basically plucked that number out of her ass.

Let’s think about some actual numbers.

How often do you think you should expect to have a “miracle”, a truly exceptional event of special significance that has odds of 1 in 1 million actually happen?

This means that you will experience 1 million events every 35 days (34.7 to be precise).

In other words, random chance means every single human will encounter 1 in 1 million events roughly about once per month. (This is known as Littlewood’s law)

Given that there are over 7 billion of us, the implication is that 1 in 1 million events are rather common and that billions of odd coincidences are taking place all the time. Statistically speaking, it would be truly supernatural if there were no improbable events like this happening.