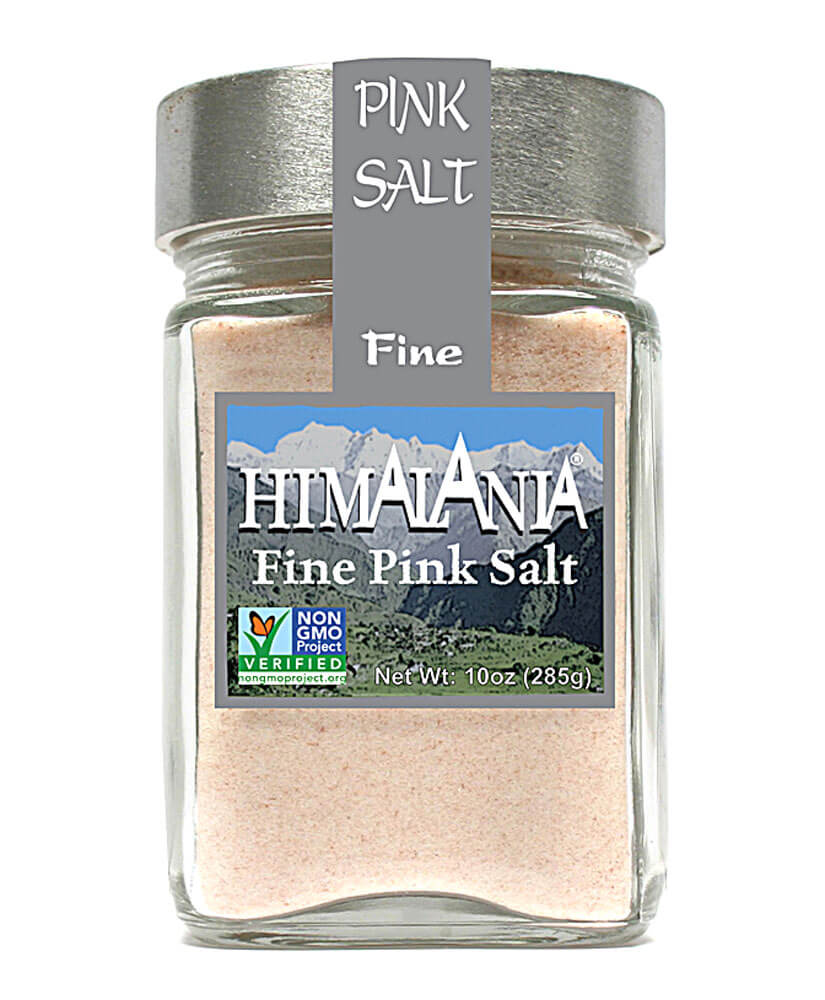 Pictured above is a jar of Himaliania Pink Salt that also includes verification that it is GMO free. Hopefully you do appreciate that salt is a mineral composed primarily of sodium chloride and contains exactly zero genes, hence the entire concept of salt that is free of any genetic modification is basically a marketing scam that is designed to play into fear. Rather obviously it is genetically free because there are no genes to manipulate, so the deployment of a label is there to simply craft the aura of a superior safer product.

Salt, and I mean all salt, not just the pink variation, is also ebola free, typhoid free, yet there are no labels declaring that, so why the anti-GMO label? Basically because these days GMO is a vague term that many really do not understand at all. The gap between the science and the public understanding is one of the widest prevailing, hence seeing marketing hype leveraging it is not a surprise.

Nope, we already have that as well.

The FDA has issued some guidance

Some consumers are interested in knowing whether a food was produced using genetic engineering and some manufacturers want to respond to this consumer interest. FDA is providing this guidance to assist food and feed manufacturers that wish to voluntarily label their plant-derived food products or ingredients (for humans or for animals) as having been made with or without bioengineering. FDA’s main concern within the context of this guidance is that such voluntary labeling be truthful and not misleading.

The guidance goes on to define a lot of terms, and also explains that you can’t make claims that simply are not true. However, the interesting twist is that the “No GMO” claim for our example above is technically truthful, yet is also done to deceive and manipulate, so does that breach the guidelines?

Another example of a statement in food labeling that may be false or misleading could be the statement “None of the ingredients in this food is genetically engineered” on a food where some of the ingredients are incapable of being produced through genetic engineering (e.g., salt). It may be necessary to carefully qualify the statement where modern biotechnology is not used to produce a particular ingredient or type of food.

A manufacturer that claims that a food product or its ingredients, including foods such as raw agricultural commodities, is bioengineered or is not bioengineered should substantiate that the claim is truthful and not misleading.

… hence in the context of the pink salt the producer, if challenged, should be able to verify that the claim is not simply truthful, but is actually not misleading.

What is the precise status of these new FDA guidance notes?

Sadly, the FDA has no legal teeth in this context. Right at the top that make it clear that these are nonbinding regulations. That basically means that producers can happily ignore the guidelines and pay no attention to them. The absolute worst that might happen is that they receive a letter from the FDA telling them “Don’t do that”, and since it is not a legally binding directive, it can, and no doubt will, be ignored.

One Further observation – GMO is safe and not evil

With a hat tip to Steve Novella, whose posting on this topic brought all of this to my attention today, here are his additional observations. His point is that the entire anti-GMO foundation is itself marketing hype …

GMOs and their products are “substantially equivalent” to their non-GMO options. This is also a false dichotomy, as there are many methods of altering foods, and almost all foods have been altered. Most of our crops, if not GMO, are hybrids, or the result of mutation breeding.

The science here is clear, and there is no genuine controversy. Genetic modification is a technology. It is not the end product. It is also not inherently less safe than any methods of altering crops. Labeling foods as being derived from GMOs or not is all inherently deceptive. It gives the illusions of information to the public, but it is just misinforming them – in all the ways outlined above, but also in the simple implication that it says anything meaningful about the product itself. It clearly doesn’t.

The FDA seems to mostly get it. They are a bit hampered here, but probably mostly through the legislation that they have to work under. They have the job of protecting the public from misleading claims about food, but have both hands tied behind their backs. At least they are putting out reasonable guidelines, and hopefully it will help the bigger conversation. But unfortunately the anti-GMO lobby has billions of dollars on the line, and an existing infrastructure of woo-peddling social media happy to spread their propaganda.