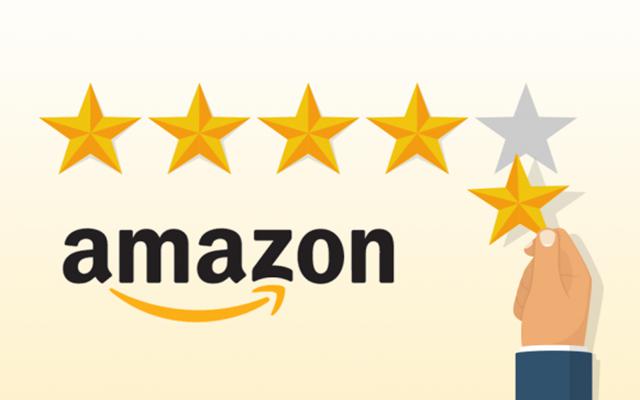 Because we are all staying at home Amazon has had an uptick in business. Unfortunately the number of fake reviews that give five-star ratings has also seen a correspondingly huge uptick as well.

CNBC did a piece on this that is worth checking out.

You will find the CNBC article here.

But wait, this is a bit of a departure from my normal focus. Actually no. There is a study in the mix here.

UCLA and USC released a study last july in which they studied the market for fake reviews. Briefly …

Well they were assessing the costs and benefits of fake reviews to sellers and evaluating the degree to which they harm you and me when we buy such items on the basis of a review that is fake.

Are these fake reviews fraud and consist of glowing references to stuff that is simply not as described, or is this high-quality stuff and such fake reviews are simply “advertising”?

Here is what they found …

In other words, people selling cheap tacky stuff are the ones doing this.

Their article also comes with a 16 minute clip that is worth watching.

How to spot fake amazon reviews?

You can install browser extensions such as Fakespot. It will flag up fake reviews.

Additionally, Which, a UK Consumer protection organization, has guidance on how to spot fake reviews …

Don’t rely on star ratings alone. Look at the comments about the product as well and think about the following questions:

Ultimately, keep an eye out for anything out of the ordinary – if it seems too good to be true, it often is.

Watch out for suspicious language

If it reads like an infomercial, it’s probably a fake review instead of an honest real product review.

And look out for reviews written all in capitals, with odd formatting or simply have no punctuation at all.

Be suspicious of a large number of reviews

If you see hundreds, or even thousands, of reviews, particularly if this is far more than most other products in this category, you should be wary.

A Which? investigation into fake reviews found the five best-rated headphones had almost 5,500 unverified reviews between them and hundreds of five-star reviews arrived on a product in the same day.

Also check the dates. If a lot of the reviews were posted at the same time, the seller might have done a big drive on Facebook groups or other platforms to drum up positive feedback through incentivisation.

Are reviews about the actual product?

Which found repeated evidence of ‘review merging’ on Amazon – this is when reviews for entirely different products are listed under the product you’re looking at. If you see evidence of this, be especially wary, as it’s possible the seller is deliberately manipulating the product listing to make it seem more appealing to buyers.

Negative reviews can be eye-openers. Some might complain about the product failing after time, have a negative opinion about the style or feel, or even cite issues with delivery or customer service – problems that might not necessarily apply to everyone. On the other hand, consistent criticism of quality, a specific aspect of functionality, or surprise that so many reviews are so positive could be seen as more of a warning sign.

Look out for any evidence that reviews are incentivised, perhaps with the offer of a gift card or a full or partial refund.

And look out for patterns. If a seller gets a bad review then a flurry of positive reviews, it’s possible they’re trying to bury the bad one and bring back up their average score.

Watch out for admitted bias

If someone hasn’t read the book, used the product, or visited the location then why are they reviewing it?

Most people would wait to try something before recommending it or dissuading other people from buying it too.

Often, the reviewer will promise to change or update their review after they’ve tried it, but almost never will.

While they can be influenced by sellers, verified reviews are still much more reliable than ones posted anonymously.

Verified reviews are ones the marketplace can confirm were bought through their site.

Non-verified reviews mean the marketplace couldn’t confirm where they bought that product or what price they paid for it.

On most marketplaces, ‘verified purchase’ or something similar will appear next to the reviewer’s name.

Check out what else the reviewers bought

You can almost always check to see what other reviews someone has left on products or services by clicking on their account. This should help you judge whether the review is real.

If they’ve bought many very similar items or a lot of totally unconnected items, the reviewer might be getting the products for free in exchange for a good review.

Exercise your judgement depending on the type of product.

For example, it’s unlikely one person would have needed to buy five battery packs recently and reviewed them all positively.

In contrast, someone looking to become a vegetarian is more likely to have purchased and reviewed five vegetarian cookbooks, giving the seller a variety of ratings and feedback.

Beware of fake reviews – hone your skills and learn how to spot them. Also consider using technology such as Fakespot and ReviewMeta to help you.