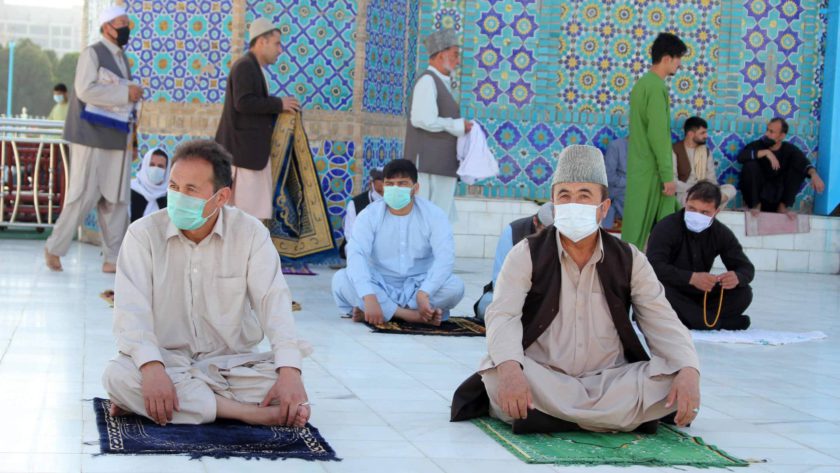 A rather interesting article has popped up concerning COVID-19. It concerns a strategy for dealing with misinformation concerning fake cures in Afghanistan.

What do you do when somebody pops up offering a COVID-19 cure?

If you are the health authorities, then the rather obvious response is to denounce the fraudulent cure. This is exactly what played out in Afghanistan, but what they did backfired.

If you are desperate and have symptoms, then you seek help …

ALAM GUL ALAM’S symptoms had been steadily worsening for weeks when he decided to visit an herbalist named Haji Mohammad Alkozai. The 30-year-old civil servant from Kabul had intently watched a video clip making the rounds on Afghan social media, in which Alkozai claims to have discovered a cure for Covid-19 and describes dramatic recoveries of previously ill patients. Whatever this man was offering, Alam knew he wanted to try it.

Many others like him did exactly the same, so the authorities pickup on what is happening …

the Afghan Ministry of Public Health, which tested the compound and found that it contained several highly addictive ingredients, including opioids such as morphine and codeine.

During a press conference on June 9, Wahid Majrooh, deputy minister of public health, released the findings. He explained the substance’s addictive potential — and its lack of effectiveness as a remedy for Covid-19. Because narcotics are regulated under Afghan law, their distribution as an herbal remedy is considered criminal. The Ministry issued an order to shut down the Kabul clinic and then forwarded the findings to security agencies to take action.

So far everything plays out exactly as you might expect.

Well not exactly. First a quick diversion, then we will get to the response.

Narcotics as a COVID-19 cure?

There was this one rather interesting twist. It was not simply herbs, this herbalist was feeding his patients narcotics.

Inevitably all who took his “cure” praised him and felt a lot better.

This is not new. Not too long ago we did stuff like this. No really we did, so don’t toss too many rocks …

Now comes another twist to all of this. Religion plays a role.

Local medicine men like Alkozai are seen as doing holy work. If the public health ministry denounces them, then the general perception is that they are attacking Allah and his workers, hence must be evil.

This is perhaps not totally unique. Cue Conservative evangelicals who denounce mask wearing as evil, and will claim that the vaccine is the mark of the beast. It is all ever so human.

The problem in Afghanistan is that because the Public Health ministry faced this backfire, they quickly needed to step back and take a different approach. Their direct confrontation was being met with a complete rejection of their good guidance. It also resulted in a deeper embrace of the quacks.

So this then happened …

“Instead of confrontation, they should have created more awareness among the people,” she suggested. Government officials are now working to do just that, implementing a campaign to educate the public about the drawbacks of untested herbal treatments. But they also acknowledge that some of their early messaging may have stoked fear, inadvertently creating a desire for unproven treatments.

To understand this, it is worth remembering that in Afghanistan the medical system has a history of corruption, and that local herbalists are widely popular. In a war torn nation, no medical infrastructure meant that they were the only ones giving community care. They were local family businesses, well known and well liked. To attack them directly was a very bad idea.

The Role of Religion

Religion is very much a strong force …

IN A SHORT VIDEO posted online, Alkozai can be seen invoking God as the source of Covid-19 and as the inspiration for the herbalist’s newfound cure. “All past diseases,” he proclaimed, have appeared “by the order of Allah to torment people.” Alkozai claims that God revealed the special cure to him and a handful of others.

While the public health ministry operated at the level of science, evidence, and reason, the local herbalists tap into a deep current of human emotions and engage at that level. Go head to head with that and you can only fail …

Meanwhile, Alkozai continues to distribute his concoction through underground networks in Kabul. And despite government orders for closure, he still runs clinics in Kandahar and in Herat Province, the epicenter of the nation’s outbreak.

A better strategy – guidance and education

When faced with quackery, even well-intentioned quackery, there were no easy answers.

Direct confrontation failed, so they switched to a strategy of guidance and education. That is perhaps something that is a lesson, not just for Afghanistan, but for all of us.

I recommend reading the full article. You can find it via this link. “In Afghanistan, a Drug Sparks Hope — and Charges of Quackery“.

(No, I’m not being paid to promote it. It simply resonated with me as an interesting insight)