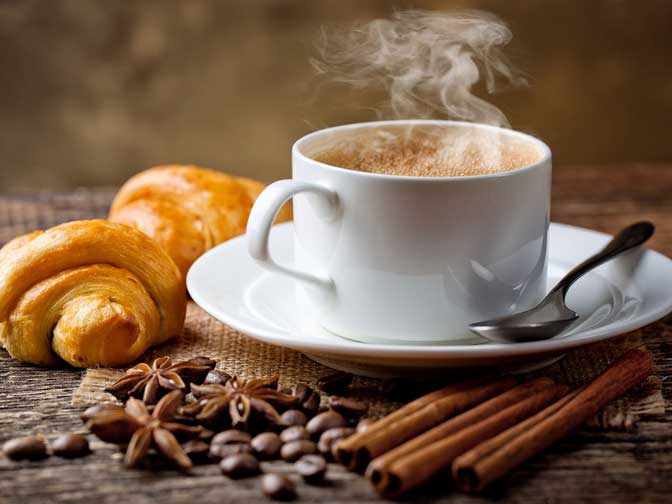 Did you know that coffee was part of the Group 2b list of foods that are “carcinogenic to humans”? (Group 2b meant that officially it “possibly” caused cancer).

Well if you did, and still drank it, then you can now rest a tad easier. This is because WHO have now removed it from that list.

You can read the details that have been published within The Lancet …(if you sign up for free, you can get the full text) …

…The carcinogenicity of coffee drinking was last assessed by IARC in 1991.2 At that time coffee was classified as “possibly carcinogenic to humans” (Group 2B) based on limited evidence of an association with cancer of the urinary bladder from case-control studies, and inadequate evidence of carcinogenicity in experimental animals. …

This latest update now changes all that. It is not just being booted out of Group 2B, but is now outside any such grouping at all. What is fascinating is that drinking coffee was not simply demonstrated to not be cancer causing, but that it was actually beneficial. Specifically, coffee appears to actually protect you from endometrial and liver cancer, as well as diabetes, and more …

Why did the earlier studies get it wrong?

That’s an interesting question, and is one that they do address. It turns out that smokers also tended to drink more coffee, and that had not been factored in ….

The Working Group concluded that positive associations reported in some studies could have been due to inadequate control for tobacco smoking, which can be strongly associated with heavy coffee drinking.

It is a traditional South American caffeine-rich infused drink, so not coffee, but is steeped in caffeine. It is also consumed “hot” or “very hot” (>65°C).

The issue here is that oesophageal cancer has been associated with consuming mate. As a result, it was classified as “probably carcinogenic to humans” (Group 2A). However, what they have now revealed is that this classification was also quite wrong …

To further assess the effect of beverage temperature, the Working Group reviewed studies that reported on the association of oesophageal cancer with the drinking temperature of other beverages. Another pooled analysis12 of South American case-control studies on oesophageal cancer showed significantly increased relative risks for drinking very hot tea and very hot beverages other than mate similar in magnitude to that for drinking very hot mate. A large cohort study and several case-control studies13 showed an increased risk of oesophageal cancer when drinking tea very hot or hot, compared with lower temperatures. Similar results have been reported in other studies evaluating combinations of very hot drinks.

… Additionally, new studies in experimental animals show that hot water above 65°C can act as a tumour promoter. Although the mechanistic and other relevant evidence for very hot beverages is scant, biological plausibility exists for an association between very hot beverages and cell injury and the sequelae that might lead to cancer.

In other words, it was not mate itself that was the problem here. Instead it was the fact that mate was being consumed on a regular basis at a very very hot temperature.

Off the list: Drinking coffee and mate are both now officially off the list of possible or probably cancer causing agents.

On the list: Instead, drinking anything at or above 65°C was classified as “probably carcinogenic to humans” (Group 2A).

Side Note: I have a potential conflict of interest here. As I’m writing this, I’m also drinking coffee, but luckily it is not too hot.