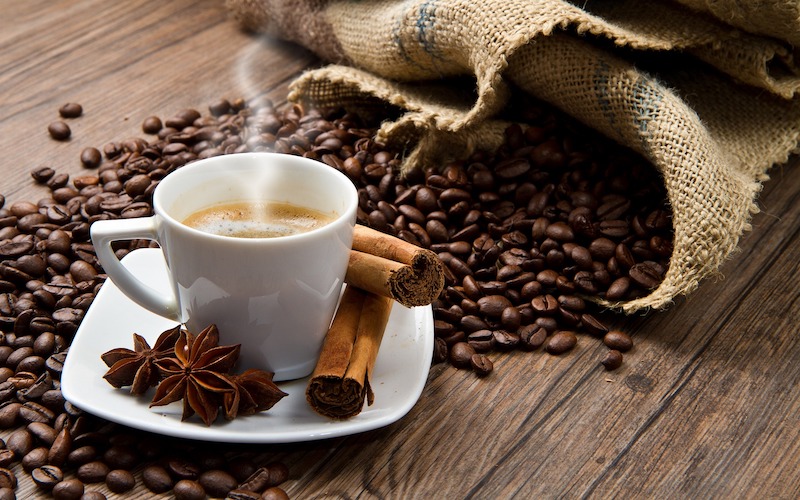 Coffee is a topic of great interest to me because I consume it on a very regular basis. Sitting in the kitchen on the floor I am on is a bean-to-cup machine that recently broke. Despite at least a dozen highly intelligent folks with multiple Ph.D degrees sitting within 50 ft of it (and I’m not kidding about that), nobody could fix it. Luckily somebody got an engineer on the case and so normal service has been resumed (phew!).

Being an avid consumer means that if a new study on its usage catches my eye, I’m all over it. Well hey, there is indeed a new study.

Published within The Prostrate, it reveals that Coffee inhibits the progression of prostate cancer, or to be a tad more precise, several of the substances within it do.

Interestingly enough, the actual mechanism through which these act on prostate cancer cells remains unclear. This study aimed to identify the key compounds that possess anti-cancer effects and to investigate those. It’s basically a pilot study, and so it simply points the way forward.

Coffee is a complex mixture of many compounds, and it has been shown by previous studies to influence human health in both positive and negative ways (mainly positive). There is increasing evidence that drinking certain types of coffee is associated with a reduction in the incidence of some cancers, including prostate cancers. The Japanese scientists involved in the new study have identified two compounds found in coffee, kahweol acetate and cafestol, that impact prostate cancer cells, not just in vitro but also in animals. They were able to inhibit growth in cancer cells which are resistant to common anti-cancer drugs such as Cabazitaxel.

What was previously known is that something in coffee was inhibiting prostrate cancer cells, but until now, nobody knew what it was. Now we know. Having tested all the potential candidates, they successfully narrowed it down to a synergistic combination of kahweol acetate and cafestol working together.

What this now does is to open a pathway for the potential development of treatments for drug-resistant prostate cancer.

“We found that kahweol acetate and cafestol inhibited the growth of the cancer cells in mice, but the combination seemed to work synergistically, leading to a significantly slower tumour growth than in untreated mice. After 11 days, the untreated tumours had grown by around 3 and a half times the original volume (342%), whereas the tumours in the mice treated with both compounds had grown by around just over one and a half (167%) times the original size.

It is important to keep these findings in perspective. This is a pilot study, so this work shows that the use of these compounds is scientifically feasible, but needs further investigation; it does not mean that the findings can yet be applied to humans. We also found the growth reduction in transplanted tumour cells, rather than in native tumour cells. What it does show is that these compounds appear to have an effect on drug resistant cells prostate cancer cells in the right circumstances, and that they too need further investigation. We are currently considering how we might test these findings in a larger sample, and then in humans.”

What else do we already know about Coffee?

As for quantity, the association in that last one also held even with those consuming 8 or more cups per day.

If you drink coffee and worry if it is impacting your health, then overall you need not worry. But, and there is a big “but” here, it can also have a negative impact. In addition to the previous hypertension example here are a couple more examples to think about …

drinking three cups of coffee a day was associated with the greatest benefit in terms of cardiovascular disease, coronary heart disease, and stroke, when compared with not drinking coffee.

Consumption at this level was associated with a 19% lower risk of mortality from cardiovascular disease (relative risk 0.81, 95% confidence interval 0.72 to 0.90),

Does all of this mean we should start drinking coffee for health reasons?

The answer is “no”, it is not medicine. We still don’t really understand the association here. What you can be assured of is that generally drinking it is safe.

This last bit is not so serious and is here just to amuse and entertain those brave enough to read this far.

A popular Urban Legend tells the tale of a disgruntled employee pissing in the communal coffee pot as a form of revenge against colleagues. While that might indeed be of tale of dubious origin there is apparently one small very select group that more or less do exactly this, perhaps without thinking too hard about it all. Up on the International Space Station (ISS) the astronauts have a very special ISSpresso machine that utilises recycled urine to churn out coffee. In fact, here it is …

The official NASA page on it very wisely skips over the source of the liquid it uses, but least you wonder, there can be no doubts here, 93% of the water on the station is recycled, so yes, their coffee does indeed have a …(cough cough, ahem) …  human source. If interested in coffee with an extra zing, then you now know where to go for that.

Apparently the Russians refuse to drink it.

OK, so that is enough for today, I think I’ll take a break now. Hey, can I make you a coffee?